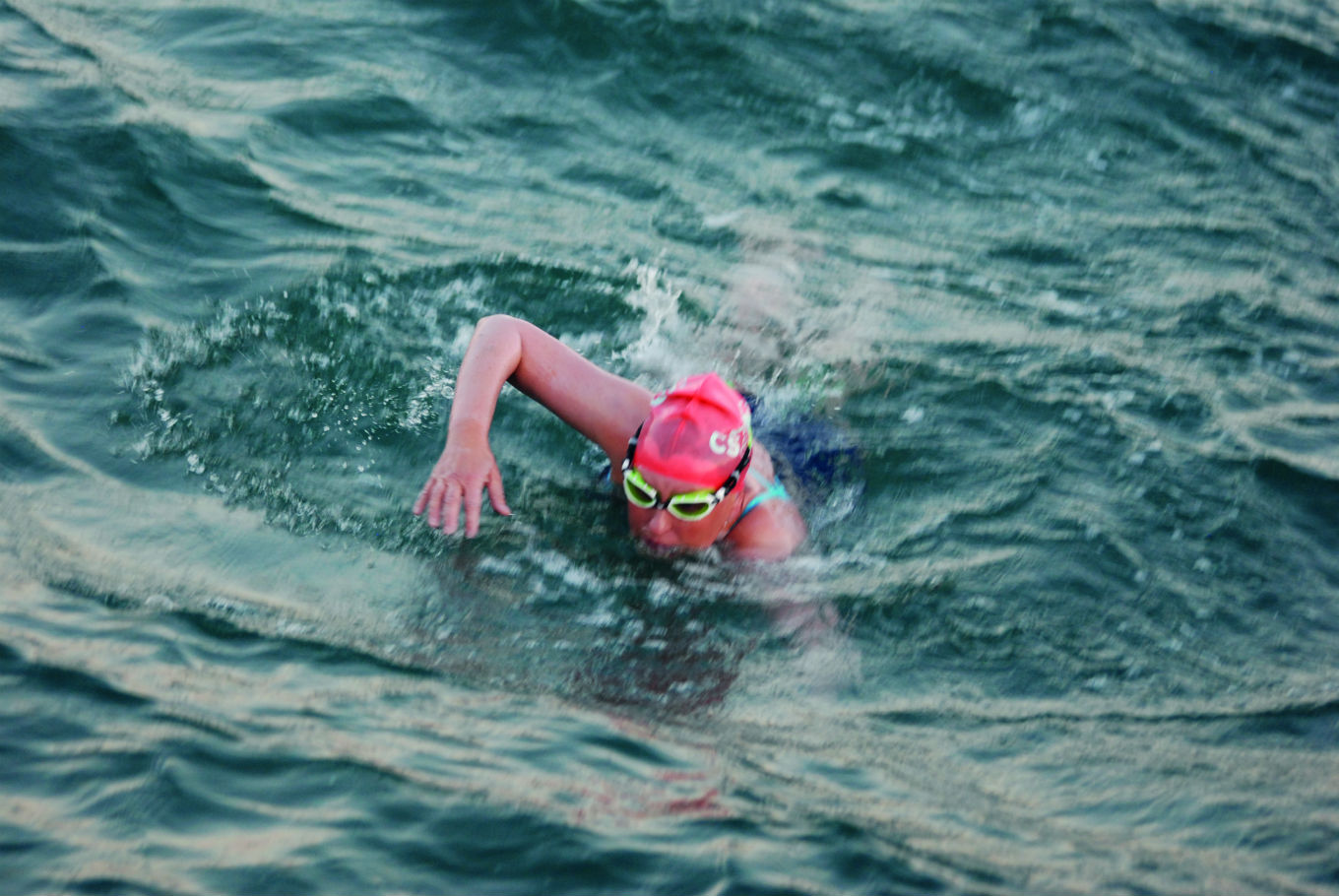 From Prince of Wales Baths to… swimming the Channel

After a decade of trying to become a mother, local writer Jessica Hepburn decided to achieve something else instead. So she swam the Channel

‘ve never been very good at sport. The only thing I really like about exercise is feeling virtuous when it’s over. At school – Gospel Oak Primary followed by Camden School for Girls – I was the sort of person who had to suffer the ignominy of being last to be picked for the rounders team.

But I did enjoy swimming when I was a child, and not just because we always went to McDonald’s on Kentish Town Road on the way home (although, I admit, that was the best bit). For years, I attended a class at the Prince of Wales Baths – which now has the rather utilitarian title of the Kentish Town Sports Centre.

Our instructor, Max, in his black trunks and red terry-toweling T-shirt, would line us all up along the pool in speed order. I was always towards the back. Everyone used to joke that my best stroke was breaststroke legs.

It was back then that my dream to swim the English Channel was born. It’s just that I didn’t think about it again for over thirty years, and had done nothing more than holiday swimming and the occasional lap in the local pool. I spent my twenties going to university, pursuing my career, being picky about finding a partner – all the things that Camden girls were taught to do.

By my early thirties I was running one of London’s largest theatres and had found the man I wanted to start a family with. But after a year of having sex for the purpose nature intended, nothing had happened. We went to the doctor and were diagnosed with ‘Unexplained Infertility’ – a terrible diagnosis because it isn’t really one at all.

It was the start of what would become a decade-long struggle to conceive that ultimately involved eleven rounds of IVF, multiple miscarriages and an ectopic pregnancy that almost took my life. It was a dark, desperate time. In public I was a successful ‘career woman’; in private I was on an unrequited mission to become a mother that ended up costing over £70,000.

Our eleventh round of IVF took place just before my 43rd birthday. All we added to our family was more debt and disappointment. That was the moment I decided it was time to do something different. If I couldn’t be a mother, well, maybe I could revisit my childhood dream and become a Channel Swimmer instead.

When I started investigating what was involved, the first shock was that you can’t wear a wetsuit. This is because Captain Matthew Webb – the merchant seaman with the walrus moustache who first swam the Channel in 1875 – didn’t have one and therefore you have to adhere to the same conditions today.

This wasn’t good news: I hate the cold and the swim takes an average of 15 hours. Added to this it also became clear that breaststroke was not an option: it would take too long. I would have to learn to do the crawl.

But in all the horror there was one redeeming thing about what lay ahead. Aspiring Channel swimmers get to eat – a lot. The best way to keep warm is a bit of human padding. For someone who loves food as much as I do, it was a dream come true.

It then also led to another idea. What if I were to write to a collection of inspiring women and ask them to meet and eat with me to help me put on weight to swim. I also wanted them to answer the question: does motherhood make you happy? It might help me decide what to do next. Did I still need to find some way of becoming a mother, or could I have a fulfilling life without children?

The response was overwhelming, from baronesses to professors; award-winners to record-breakers; household names to people who have done something quietly amazing, all with compelling truths to tell about female fulfilment and the meaning of motherhood.

My interviewees included Prue Leith, the new Queen of the Great British Bake Off who has one adopted and one biological child; world renowned scientist, Professor Baroness Susan Greenfield, who is childless and says that being a mother is still very difficult if you want to have a high-flying scientific career.

Also, a past pop sensation who had her first baby aged 56 – the gift of an egg from a younger woman. And Ann Daniels, the Polar Explorer, who has IVF triplets and has faced severe media criticism for leaving them to go on expeditions.

The candour of all 21 women I met over the course of a year, as I trained, was breathtaking. It became the most life-affirming journey – with a lot of cake. And gradually the conversations led me towards an answer, and I was ready to make my attempt to swim from the Prince of Wales Baths to France.

At 1.30am on 2 September, I set out from Dover in the dark. For the first few hours the waves made me very sick and I retched into the water with the guttural sound of an animal dying in pain.

The sickness stopped around about the time the jellyfish began. Stinging me all over my face and body, it was like swimming through jellyfish soup. But worse was still to come. When I reached French inshore waters the tide turned and it would take me many hours to land.

If I’d known that swimming the Channel is just like going through IVF, maybe I’d never have done it. Nature (not me or any doctor) is in control of whether I have a baby, and she is also in control of whether I cross the sea. But this time nature let me win and swimming from England to France became my own version of giving birth: 17 hours 44 minutes and 30 seconds of labour followed by the most extraordinary euphoria that eclipsed all the pain.

I’d done something different, and life would never be the same again.

Jessica Hepburn is the director of Fertility Fest (fertilityfest.com) and author of 21 Miles: Swimming in search of the meaning of motherhood (Unbound, £14.99). More here.