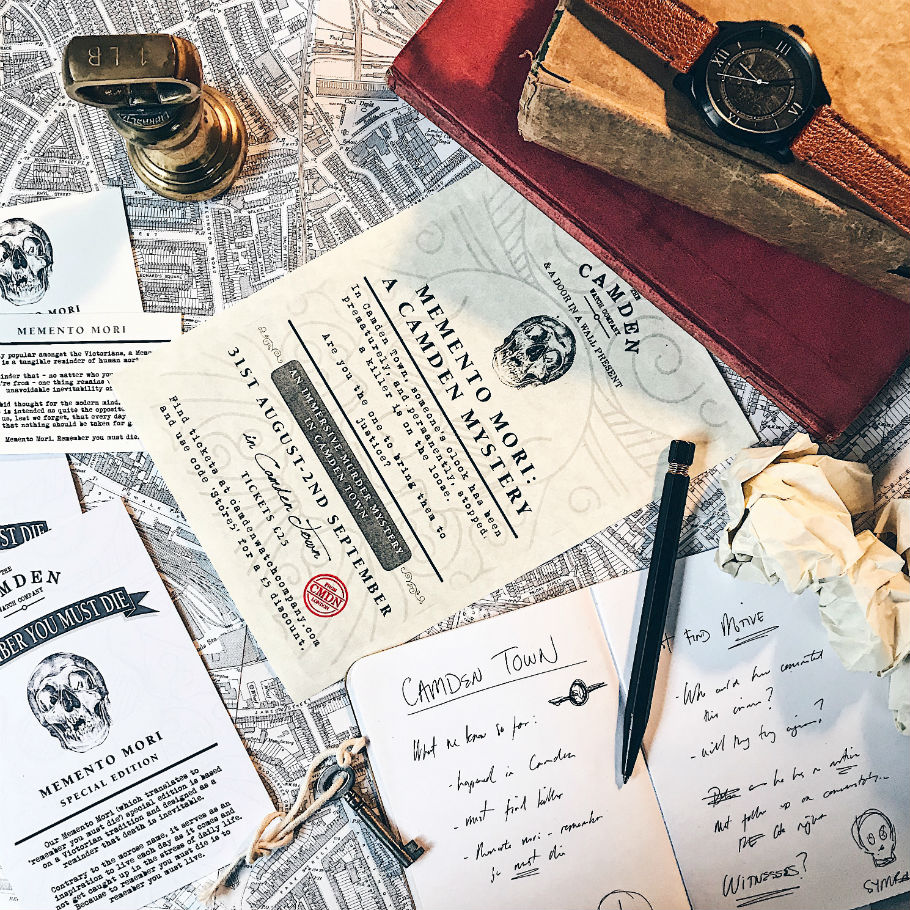 Ever fancied yourself as a bit of a local sleuth? Camden Watch Company and game designers A Door In a Wall have created an interactive event where you can delve into the murky depths of deepest NW1 and bring a murderer to justice.

The timepiece creators have devised a memorable experience inspired by the area’s intriguing past and their special edition ticker No.253 Memento Mori (translated as “remember you must die”).

The morose name originates in the Victorian era: as well as being a reminder that death is inevitable, it also serves as a prompt to live each day as it comes.

The 90-minute race-against-time encounter will challenge the observation skills of players and bring out their inner detective.

Picking up clues and meeting with some colourful characters along the way, amateur sleuths will be tested to the max and encouraged to use their little grey cells.

All you wannabe Hercule Poriot’s and Miss Marple’s out there: someone’s clock has been prematurely, and permanently, stopped – jump into a dark and morbid world and get solving.

The Camden Watch Company event will run on afternoons and evenings across Fri 31st Aug, Sat 1st Sept and Sun 2nd in, of course, Camden Town. Tickets for Memento Mori: A Camden Mystery are £25 and can be found here. More info.

More watches in the collection

No.27 Northern Line
Featuring a black case, yellow gold detailing and light purple accents, the Roman numerals have been slimmed down and refined, and the added addition of triangular studs evoke the rivets used in railways on tracks and trains.

No.24 Brown and Steel
Designed to be worn on its own or mixed with bracelets & bangles, it’s named after the bus route by the same number.

No.29 Automatic Black and Oxblood
The idea for the face comes from traction engines, an invention that revolutionised manual labour. The crown engraving is based on a section of bridge that spans Regent’s Canal.