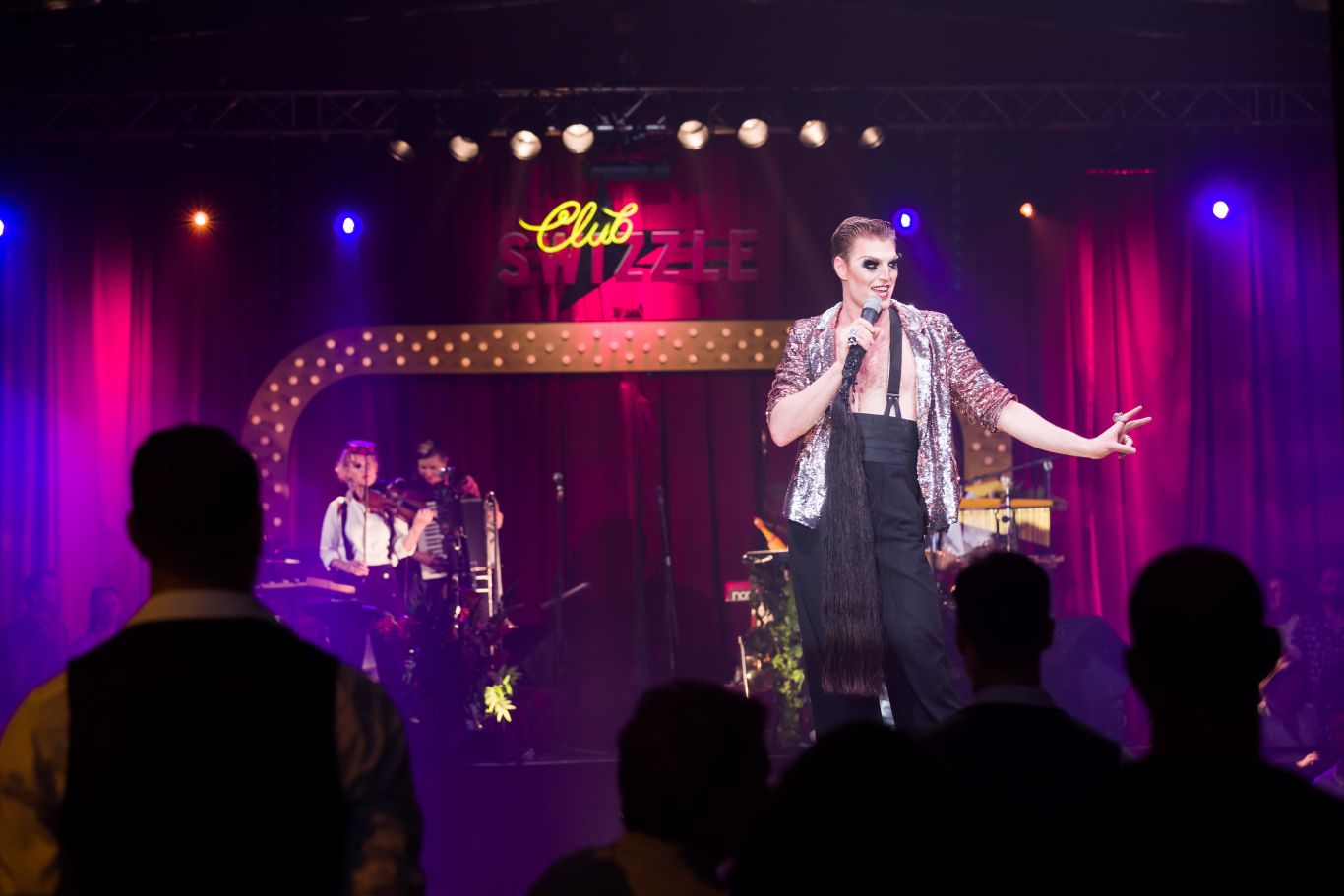 It's funny, rude and gasp-inducing at the same time. Just don't try searching for any deeper meaning

little like the Greatest Showman or Mamma Mia Here We Go Again, this new show at the Roundhouse, which runs all month, is 100% feelgood.

That is, unless you’re of the shrinking wallflower variety, and have the misfortune to get dragged onto the central catwalk-style stage by the hilarious (if a little intimidating) host Reuben Kaye.

Either way – terrified or otherwise – you’ll find yourself laughing: this is strictly adults-only humour, very much LGBTQ in its sensibility, a sort of cross between the seminal 1972 musical Cabaret and Cirque De Soleil.

So what’s the skinny? Well, Club Swizzle is actually an immersive experience from the creators of La Soirée, set in and around the bar of a fictional cabaret club. A real-life band, Mikey and the Nightcaps, is positioned appealingly on the stage behind, and the cast match solo songs with comedy, air-defying acrobatics and musical revelry. The show had its world premiere at Sydney Opera House and has, apparently, since played to sell-out audiences across Australia.

Cabaret wunderkind and Café de Paris regular Reuben Kaye makes for a very playful emcee in the classic vein: cue lots of gay humour and – on our visit – some surprisingly shocked faces in the audience. C’mon people, this is Camden for goodness’ sake. What were you expecting?

Edgy burlesque performer Laurie Hagen provides some of the best moments, including an enduring humiliation of one particularly alpha male in the audience. Elsewhere we enjoyed Harlem’s own tap-dancing Dandy Wellington, and the seductive aerialist Yammel Rodriguez with her showstopping single-strap performance.

And the antics of the talented and (let’s face it) hunky Swizzle Boys grow more and more alarmingly acrobatic as the show progresses.

It’s all extremely light-hearted in tone throughout, but sheer escapism is not, in these dark times, to be sniffed at. I think an arc of narrative would have given the work a little more depth – but for exhilarating, sweaty summer fun on the Chalk Farm Road, it’s a boozy riot.