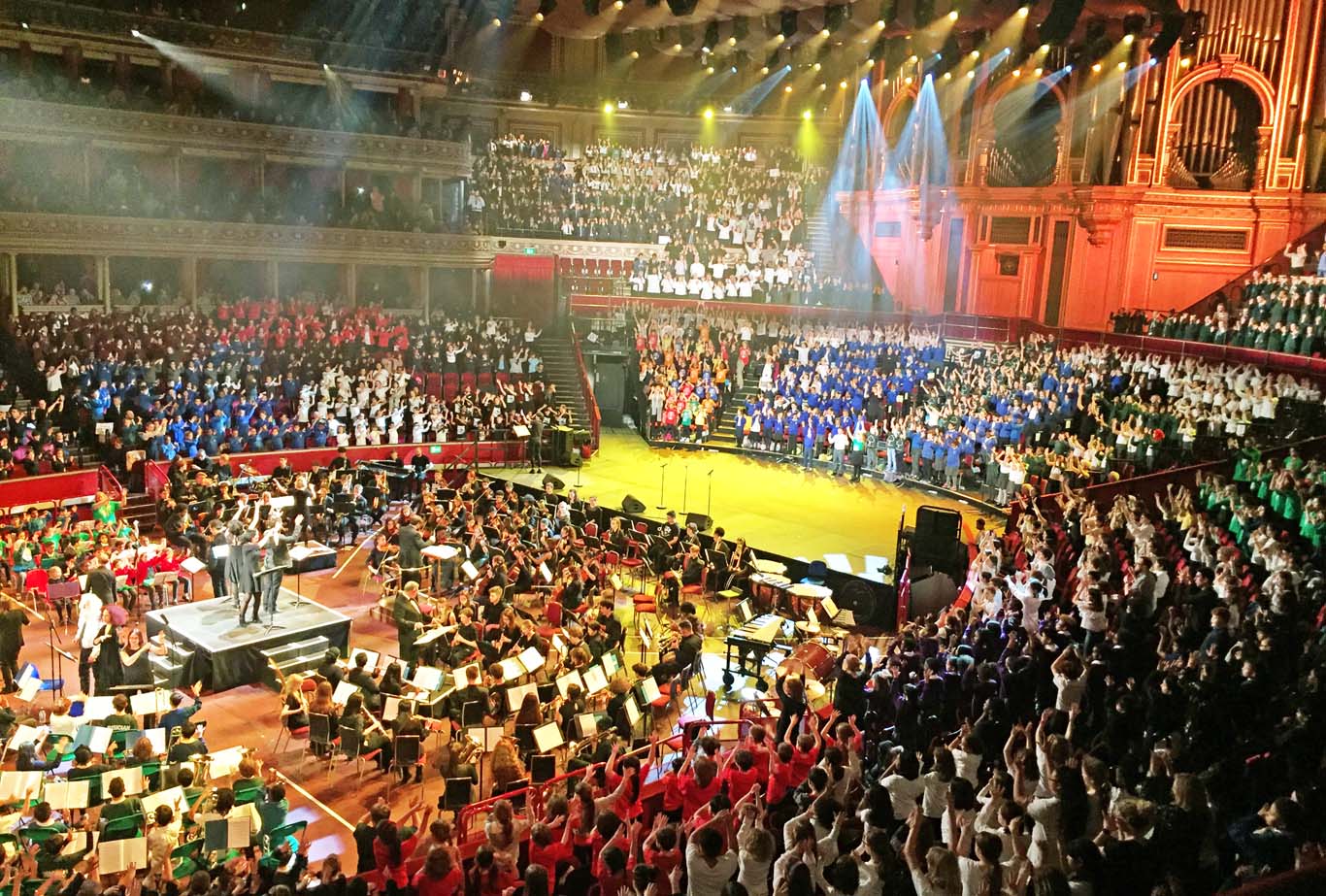 earing more than 2000 Camden school kids sing en masse and showcasing multiple styles of live music, in the historic round of the Royal Albert Hall, is always a real treat. I waxed lyrical about its uplifting power in the pages of Kentishtowner after attending my first one, back in 2014.

When the biennial bash returned in 2016, we asked the performers to think deeply about the profound, possibly life-changing night that they would forever have etched into the memory of their school days.

More than 20 years since its inception, this remains a night brimming with fun, but also one undeniably heavyweight in its importance, and the emotive message it delivers about our community, and our priorities.

“Which other borough could fill the entire Albert Hall?” beamed Camden’s Mayor, Richard Cotton, before the show. “We are truly the home of music.”

Like many in the room, his deputy, Kentish Town councillor Jenny Headlam Wells, had a personal reason to be excited about the event, as well as a professional one. “My granddaughter Aurora is playing trumpet in the opening piece,” she told us. “I think the Camden Music Trust’s slogan – It’s More Than Music – sums it up nicely. It’s equally about providing, because the Trust ensures there are instruments, lessons and scholarships available for young people whose parents may not be able to prioritise music. And it’s about learning a range of soft skills, like confidence-building, working in groups and playing music as an ensemble with people you’ve never met before.”

The Trust has kept the music playing over five years of deep funding cuts from central government, and there’s now a positive feeling that all this remains sustainable, despite the challenges. It’s certainly a cause worth fighting for – just ask anyone who was in the audience or performing last night for confirmation of just what it all means.

“This is something truly exceptional that Camden does every two years,” the event’s veteran compère of all eleven shows, newscaster and national/local treasure, Jon Snow, told us. “If you think about it, upwards of sixteen thousand children have now sung in the Albert Hall who would never have performed, and possibly never have been into this place in their lives. It’s a completely uplifting thing.”

He praised the Trust, its donors, the Arts Council and the “magician” Peter West who continues to make it all happen and who Snow later pulled, somewhat reluctantly, out on stage to publicly thank in front of thousands. He was also excited about the potential for crowd-funding in future too, and with the feelgood factor so strong, it’s easy to see why.

“This night brings everybody together, it makes people proud of their schools, it makes parents proud of their children, and children even quite proud of their parents,” Snow told us, before taking the stage. “But mostly it speaks to the quality of the musical education in Camden at a time when many boroughs have got rid of it altogether, so we’re talking about an oasis of brilliance.”

The value of preserving such an education here was recently summed up to us by Camden Music Festival alumni Mark Crown, who remembered his Albert Hall appearance as a key part of his rise to become an internationally renowned jazz trumpeter.

The first note of last night’s show was sung solo by Najiyah Rahman from Eleanor Palmer School. Minutes before, she and a gaggle of thrilled friends told us “we’re so excited because we’re singing in a big place where loads of really important people have performed. We’ve been working so hard for this all term, so it’s really good to bring all the communities of Camden schools together and show everyone what we’ve got.”

And as the two-thousand strong choir rose to its feet and sang as one after Najiyah, I heard an audible gasp of “oh my god” from an adult seated in the row behind. The sound was at once overwhelming, the tears doubtless welling up all around. It felt like the grand finale already, leaving us wondering how proceedings could possibly soar higher over the next two hours (running until long after bedtime). Yet of course they did. Highlight followed highlight.

Special mention must be made of the ambitious success, ‘Wondrous Machine’, composed by James Redwood with help from local schools and the Orchestra of the Age of Enlightenment. Redwood described it as a piece that “delights in the sheer preposterousness of putting together so many musicians in one performance,” but nevertheless it proved a complete triumph, epitomising the night, the borough and the spirit at work here, tirelessly all year round.

‘Mind The Gap’ was another world premiere, an inevitable follow-up to 2016’s inspired ‘Unexpected Item in Bagging Area’ (that was so catchy, I still regularly get it stuck in my head 700+ days later). Perhaps the 2020 cohort will be singing the dreaded new legend “please hold on, the bus is about to move,” although as the evening went off in Latin, carnival, jazz and classical directions, any global influence is indeed very possible. Diversity is in this event’s DNA.

It should not be forgotten that every kid performing last night was born since the first such show took place. The legacy is assured. Happily it seems the future might be too (but see below to help ensure it really does).

All credit to the hard work of the thousands who bring it all together, at every level. There couldn’t be a better lesson to have taken away from school than this, encompassing cooperation, community – and singing your bloody heart out.

This is box title
Camden Music Service relies on donations made to Camden Music Trust to provide these unique services, which available for all children in the borough. Find out more, get involved and donate here.