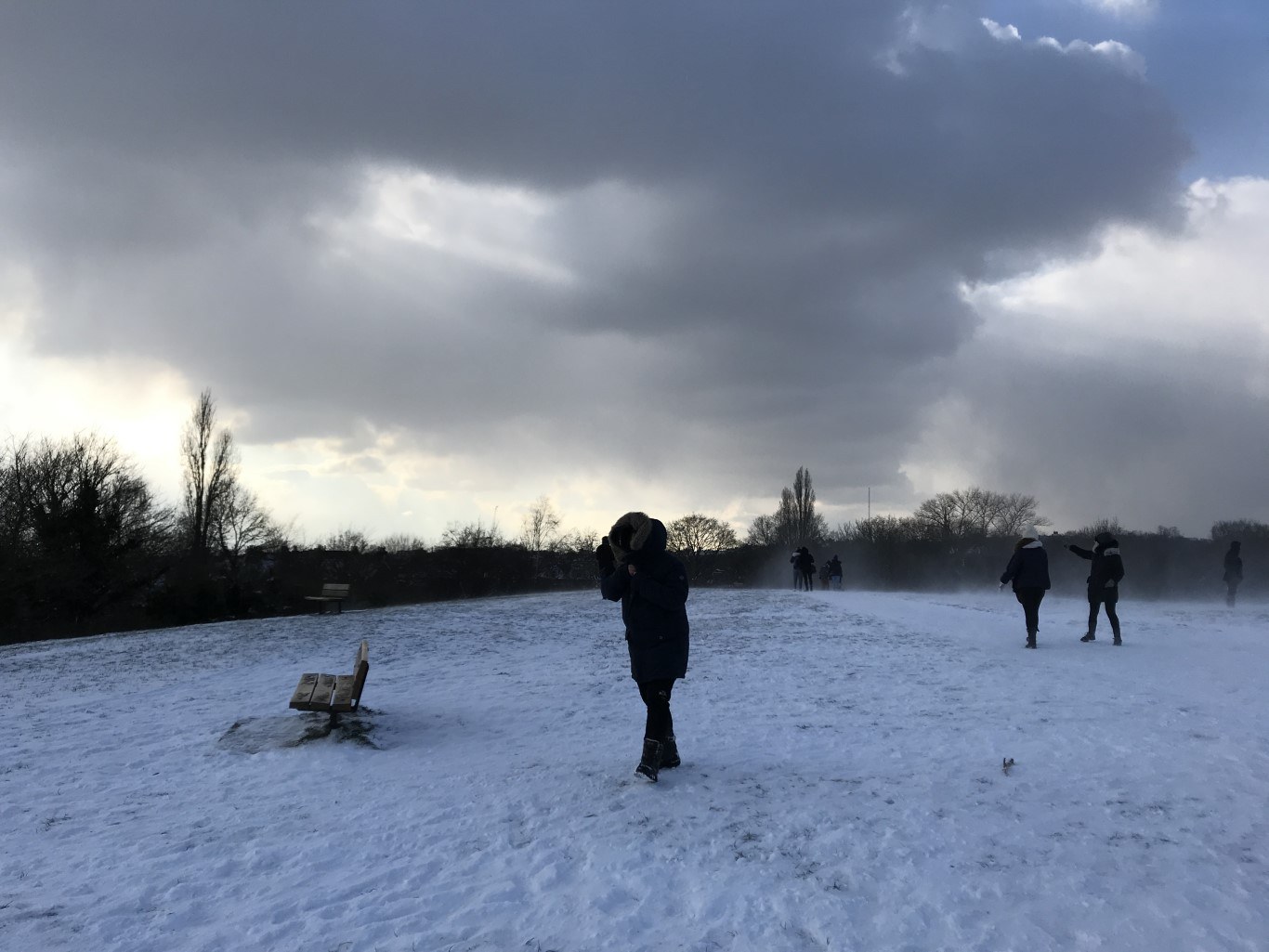 now, eh? What a cliché. And yet, there’s something about it. On the rare occasions I wake up to a proper snowfall, I’m always drawn to Hampstead Heath; an almost primal need to see such a familiar landscape with fresh eyes.

So I walked up there twice today. The first time, 9am, was eerily still, the sky blue. While the mixed bathing ponds were frozen solid under a thin blanket, there was less of the white stuff than expected, especially on the summit of Parliament Hill.

Nonetheless, the sun was bright, the air clear, with jacketed hounds amiably darting about, barking, and rosy-cheeked locals hidden beneath hoods, scarves and – of course – mobile phones. It’s fair to say that selfies were taking place.

Then came the whirling blizzard, which swept in at midday – as many of you will have witnessed – and clung on for several hours.

Thus a second excursion to the top of Parliament Hill this afternoon resulted in a very different scene: a much deeper covering, dozens of tobogganing enthusiasts, and a howling wind that whipped the flakes into the air so vigorously you could taste the snow on your tongue.

And the cold – which feels like -9, said my smartphone – was so extreme that surely a risk of frostbite prevailed removing gloves, even for a second, to take pictures.

But it’s fair to say it’s an excursion to remember up there in the capital’s most rural park at the moment: and with more snow on the way, it should remain so all weekend – before the #beastoftheeast, inevitably, returns to where it came from.

This is box title
Fancy a dip? Of course you don’t. Read why one pair of tough guys were persuaded to dive into the Men’s Ponds in sub-zero temperatures.

If you see a homeless person sleeping rough in the cold, please contact streetlink