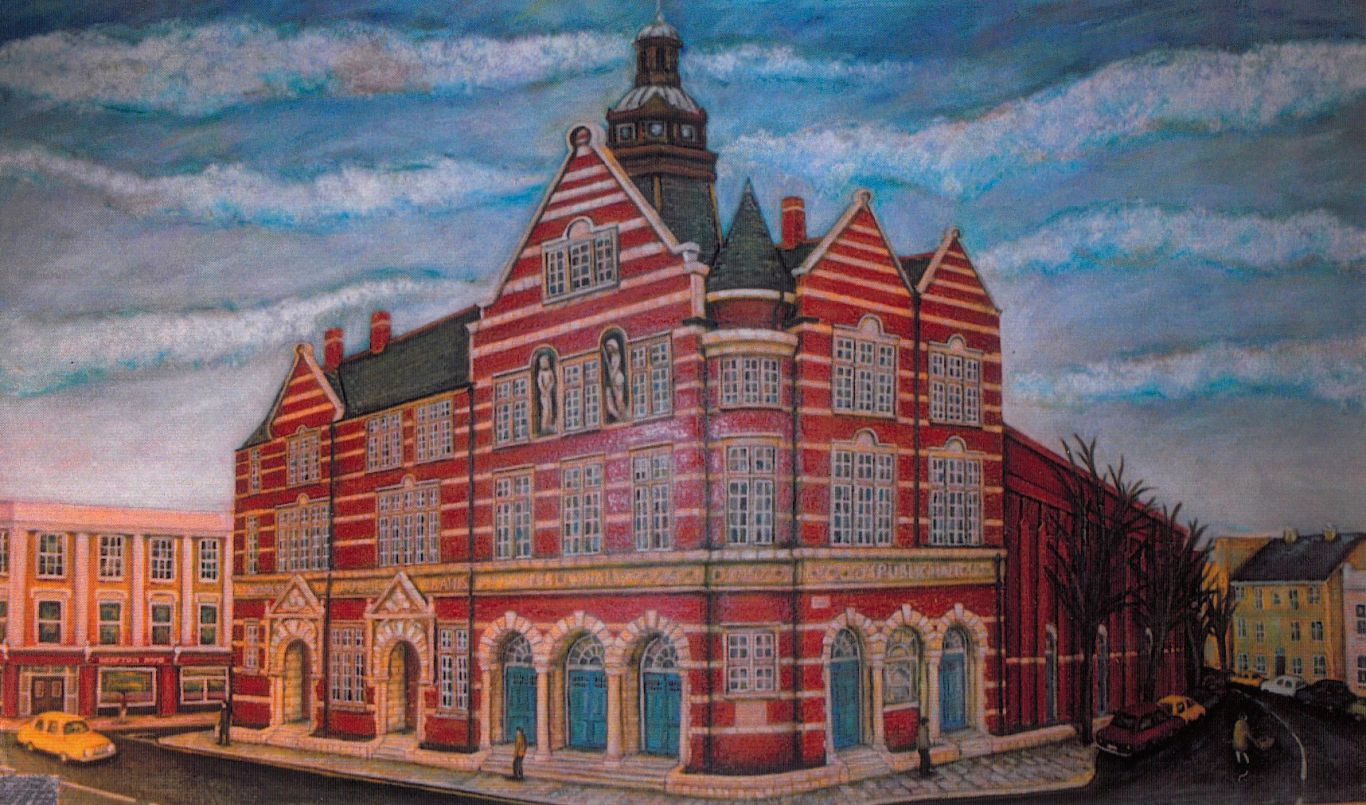 Irish bricklayer Danny Carmody arrived in London from Galway, aged 17, and launched himself into being an artist, using materials he found around him to create what became giant works of art.

He painted the world around him – pubs, cafes and local buildings in Kentish Town and Camden – such as this striking image of the Prince Of Wales Swimming Baths, above (note a very traditional-looking Grafton pub, bottom left).

Deeply troubled, sadly he never received any kind of recognition until after his suicide in 2004. But now his story is being told in a new play by critically acclaimed artist (and first-time playwright) Brian Whelan, whose work is housed in museums, churches and hotels across the world. It’s part of a festival of new London Irish works called Against All Odds.

“I want more London Irish artists to make themselves known and find confidence in our achievements,” Whelan says. “Danny’s particular story is worth remembering because those artists furthest from the mainstream will need the most care and understanding.”

The festival also includes What’s The Story?, a play inspired by two Irish nurses in the Blitz who were awarded the George Cross for saving lives after their hospital was bombed.

More than one reason, in fact, to support Kentish Town’s only full-time theatre.