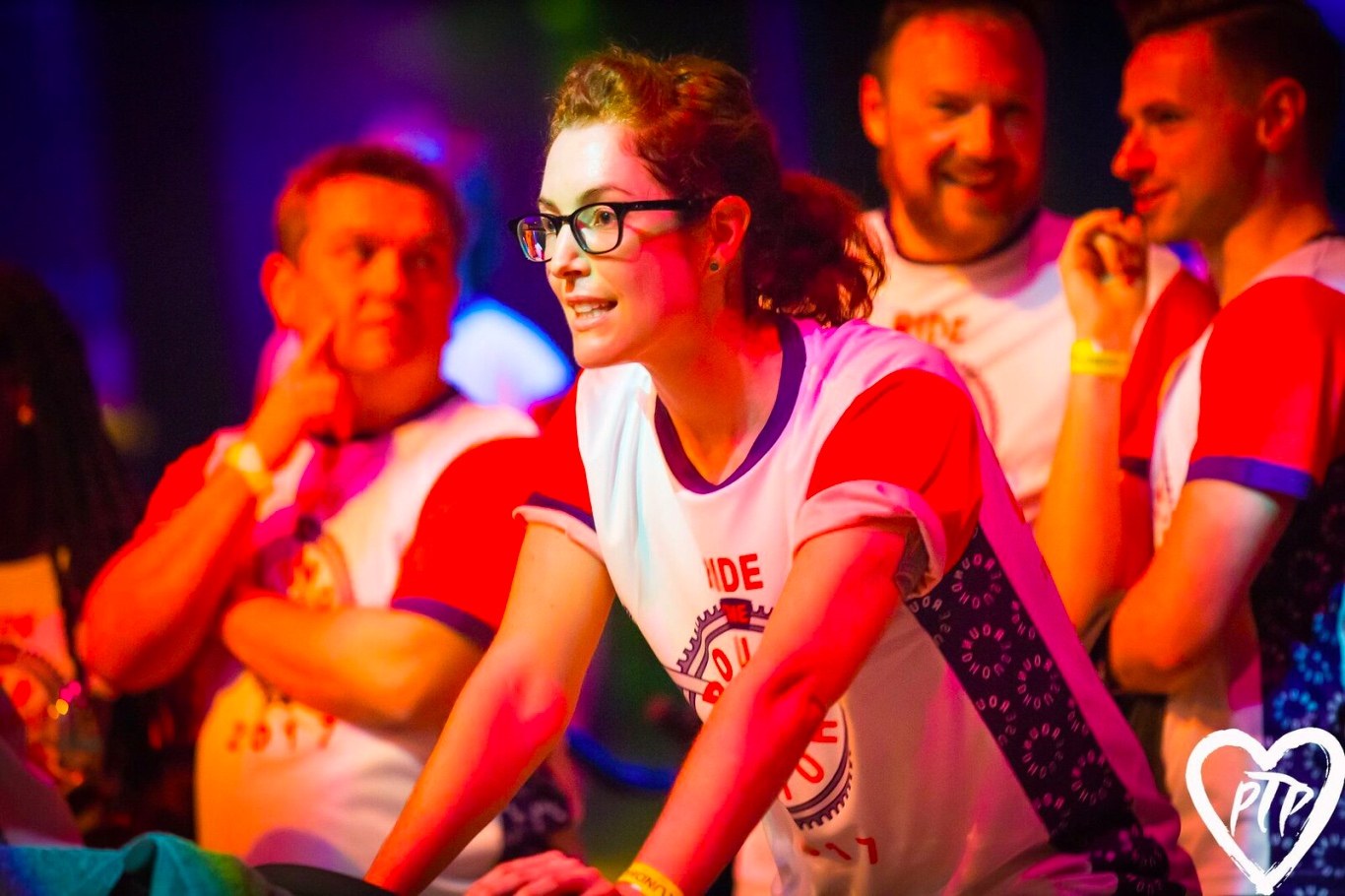 London is awash with quirky fitness-meets-fun charitable events, from yoga raves to fluro-clad night runs. But the chance of cycling 100 miles beneath Camden’s hallowed cast iron dome stands out.

Ride the Roundhouse will see 200 spin bikes set up in the round, offering individuals and teams the chance to cycle where pop and rock royalty have performed for decades. From Jimi Hendrix and The Doors, through to Amy Winehouse and Adele, the venue has seen some of London’s most iconic musical moments.

Its charity supports the continuation of this legacy, training thousands of 11-25-year-olds in arts and music each year. Funds raised during the five hour peddle-a-thon will go towards continuing this work.

“Strangely enough, the idea fell into place,” says venue events manager, Sasha Handover. “I’d previously run a tent at Bestival full of exercise bikes with DJs playing. People would wander in bemused, and reluctant to get involved, but we’d spot them hours later riding a bike, sweating away in their hippo fancy dress costume, immersed in the euphoria of it all.”

Find out more about video ads for your business
When she heard that then Roundhouse chairman Chris Satterthwaite was planning a sponsored spin ride of 100 miles (the equivalent of travelling the circumference of the building 1000 times), she knew exactly what to do next. The first Ride the Roundhouse event last year proved it could capture people’s imaginations, so they’re pulling out all the stops for 2018.

“From our catering suppliers to our youth advisory board, everyone wants to enter teams,” Sasha tells us. “There’s healthy rivalry, and still spaces for other local businesses or groups to get involved. It’s a long distance, but if you share it, then it’s manageable. We hope to give people the rare opportunity to see this huge gig space in a new and intimate way, while also giving resident artists a chance to perform their music throughout the ride.”

If peddling isn’t your bag, why not sponsor one of the teams here? Supporters will all be able to cheer on their teams from the balcony during the event.

This is box title
The Ride takes place on the 25th March, Roundhouse, Chalk Farm Road, (£25 to register, head here)