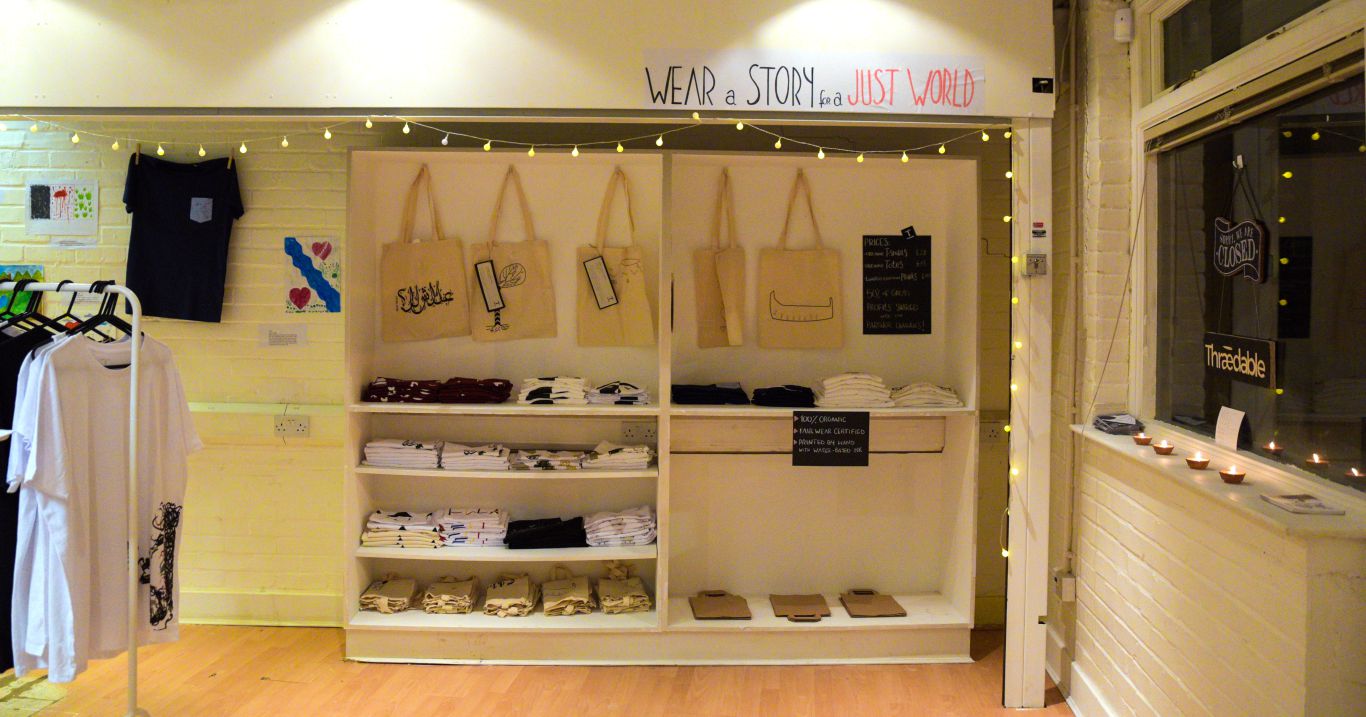 MUST DO: Thraedable pop-up shop and gallery

This highly worthwhile (not to mention stylish) pop-up can be found in an irregular gallery space off Queen’s Crescent. It’s easy to miss, in fact: we only stumbled across it the other evening taking our ancient Jack Russell for a crepuscular walkies.

And yet we’re glad we did. Why? Because, until the end of the month, it’s being occupied by socially-minded ethical fashion company Thraedable (sic), who make clothes that “tell stories through people’s art”.

With that in mind, they’ve travelled to liminal towns in Sicily, Turkey and Greece and set up equal partnerships with NGO grassroots organisations, who work on the ground to defend human rights often with “the least recognition and the smallest budget”, says co-founder Cristina.

One such is the Legal Centre in the Greek island of Lesbos, which, since 2016, has helped refugees navigate their way through the labyrinth of legal procedures. Thraedable travelled there to organise workshops with refugees to enable them to express themselves through art. These works are then used as the inspiration for a t-shirt, tote or hoodie.

Find out more about video ads for your business
We particularly liked, and subsequently bought, the navy tee (£28), pictured, with its intriguing ‘fish pocket’ (it’s 100% organic cotton, printed by hand with water-based inks, and certified Fair Wear). So what’s its particular story?

“It’s inspired by the drawing (below) made by an asylum seeker from Niger during the workshops we held in Mytilini, Lesbos,” Cristina says. “Before embarking on a journey, he said that his heart was injured but he could fly. Now, after what he described as a tragic journey, he said that both his heart and wings are broken. One of the hardest parts of his journey was crossing a river full of scary fish to escape Niger; and although in his drawing they look rather cute, they’re not: it’s these symbolic creatures that we used to create the design.”

Powerful stuff. So while each item of clothing therefore tells a story, and “carries the amplified voices of those that deserve to be heard”, if you buy an item you really will be doing good, too: Thraedable share 50% of gross profits with each organisation (such as the legal centre in Lesbos) which in turn helps make it sustainable. “We respect people and the planet, from production to delivery,” Cristina says.

So why not swing by before it closes on Jan 31st? And if you go tomorrow, pick up a superior sourdough from the bread stall round the corner – one of the Saturday Market’s few surviving stalls – while you’re at it.