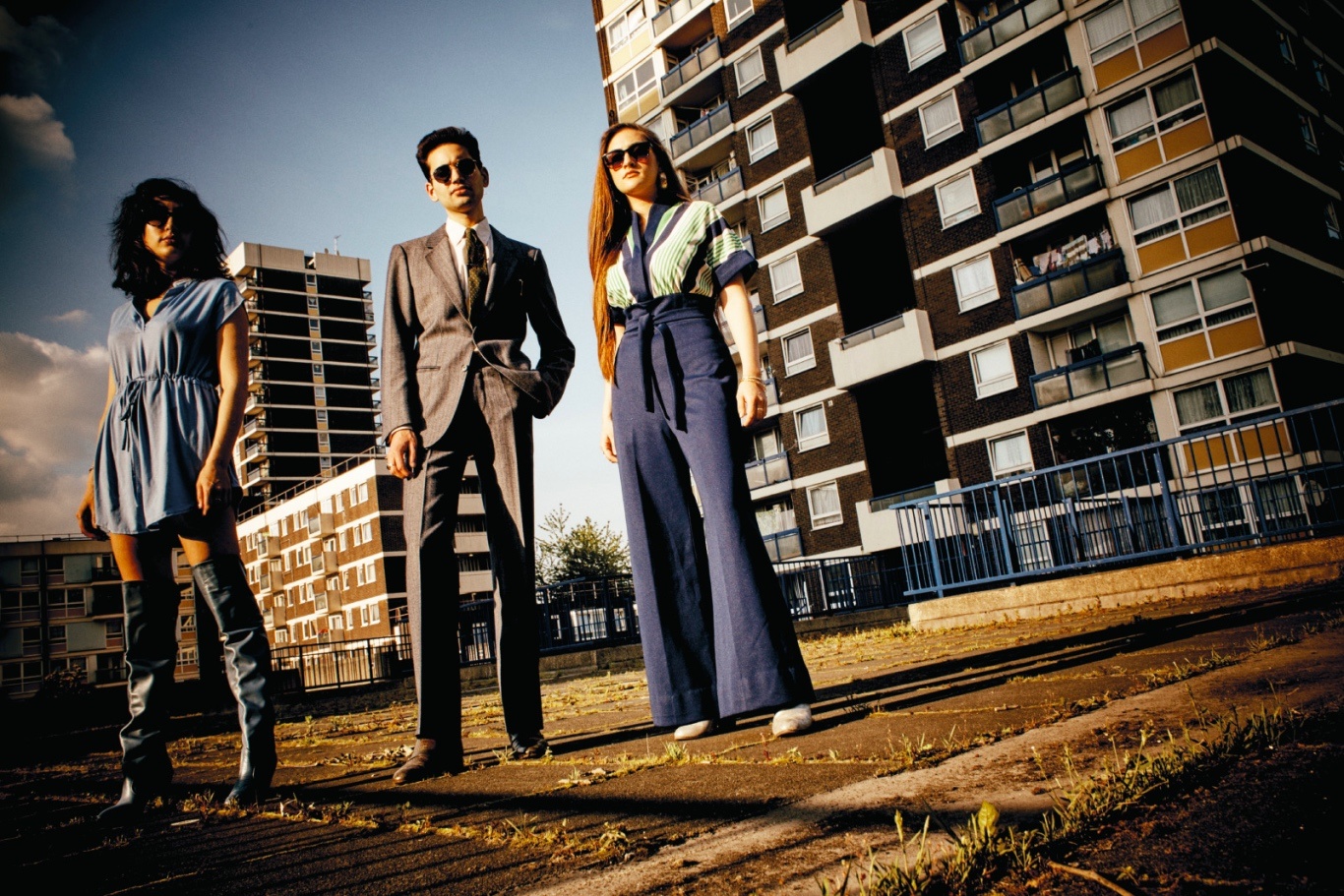 Kentish Town’s most esteemed musical siblings, Kitty, Daisy and Lewis, spent the Sunday afternoons of their adolescence tickling the ivories in the Golden Lion on Royal College Street.

“To start, we were just kids messing around with instruments,” Lewis told us when we popped into their vast, cabin-like, underground studio the other week. A renovation job, it partly involved clearing away the festering remnants from the Indian take-away joint it once was.

“There was never this ‘let’s do a band’ moment, we played and then played again and it continued in that vein,” Lewis says nonchalantly, tapping a beat on his knee with a pair of drumsticks as he does. “It wasn’t a big deal then, it was just something we did outside of school,” adds Kitty.

“Even now,” Lewis continues, “over a decade later, I don’t go around saying I’m in a band; I just say I play a bit of music here and there.”

Unlike her younger brother, Daisy, who became a mum a matter of months ago, keeps it simple and says she’s in a band. Kitty, the youngest, meanwhile plumps for, “I’m a musician,” which she says “is often met with the response ‘oh you sing’, an irritating association that people make because I’m a female.”

It would in fact be a great disservice to any member of the band, who have just released their fourth album Superscope, to box them off as vocalist only. Each is as likely to be caught strumming on a guitar or thumping on a drum kit, puffing on a harmonica, or chiming on a xylophone as they are to be singing a melody.

The trio, renowned for an eclectic musical mash-up that isn’t entirely blues, rockabilly, funk, punk, soul, jazz and R&B, but rather a unique synchronisation of the lot, are about to set off on a European tour. Kicking off in north London, they’ll be making stops in France, the Netherlands and Switzerland.

“We’ve been touring for ten years now, with annual trips to Australia and New Zealand, as well as Japan quite a bit – but our most common spot is definitely Germany,” says Kitty.

“That was the first place people went a bit mad for us; we turned up and there were crowds waiting for us, and it’s still like that now. It’s weird, you just never know where you’re going to kick off,” says Lewis.

“I think it’s because way more people are buying vinyl there, while here it’s all about streaming,” adds Daisy.

“It’s funny, we don’t play in the UK much, and it’s actually one of our smallest markets,” says Kitty, who, like her siblings is Kentish Town-born and raised, and has no intention of straying far from the roost.

Despite going out to pubs and bars locally virtually every night – Tapping the Admiral and the Southampton Arms being particular favourites – they don’t play in the area much.

“There aren’t many venues left for a start,” says Kitty. “We do rock up to a pub and have a jam on occasion but it’s got to be below a certain volume. A piano and a couple of banjos is okay, traditional folk stuff but you can’t bring in a drum kit or anything like that. The council get twitchy, people complain, and that’s why a lot of music venues have been closed down in London,” says Lewis alluding to the often prohibitive cost of late night licences and the effect it is having on the city’s music and nightlife scene.

“It’s a shame because I really like playing those smaller venues,” says Lewis, “you can really get the energy across and feel the crowd. When you go across a certain capacity there’s a threshold to where you can take the crowd, it’s capped by the space.”

“I remember when we played in Paris at a venue called La Maroquinerie. It was so hot, there was literally sweat dripping off the walls. It was just so loud and the sound was incredible,” says Lewis. “People were going crazy, a couple of women fainted, I remember seeing them getting dragged out, it was so dramatic,” adds Kitty.

“So basically, we enjoy suffering,” Daisy adds, with a smile, “it’s just a completely different kind of show in a smaller venue, much different than playing outside at a festival.”

Let’s talk about the dark side of their music now. One of the most resonating examples is Baby Bye Bye, an acclaimed and atmospheric track from a couple of years back. If you haven’t seen the video, you must: pastel-painted Kelly Street shimmies in a lover’s haze as Lewis bounds down the road towards his partner, bunch of lilies clasped in hand.

The song takes a dramatic twist when their studio swiftly turns into the set of a brutal murder by asphyxiation and ends in a good old bathtub-acid-burning scene right on Hampstead Heath (#keepitlocal). “To be fair that was the director’s idea,” says Daisy, “they suggested that someone dies – so we went dark with it.”

And the new record? “Superscope is a lot more positive than our last record,” says Kitty, “our previous album (The Third) was a about heartbreak and well, moaning. This one is about getting on with life, going out and having a good time. It’s shorter, snappier, straighter to the point, and just more fun really,” she says.

“Our style will always have that craziness of loads of influences mashed into one. As such, it is always developing, and we’re always willing to go in a different direction,” says Kitty.

“Superscope is a lot more consistent,” says Daisy. “The last album was the first we recorded in this studio, so we were still figuring out the best way to mic up and position everything. On a lot of songs the drums would have different sounds, some better than others; we all take turns so it’s hard to get an even sound throughout. On this album we’ve mastered it, and same with the vocals.”

“A lot of that is to do with our playing getting better as well though,” says Lewis, “we’ve developed and created a much more even, measured sound.”

Here’s hoping that’ll kickstart a slew of local gigs as raucous as those across the Channel.

1. Tapping The Admiral
“Favourite boozer in Kentish Town (free pint for the mention please?)”
2. Abba Electronics
“A true treasure. We challenge you to find another shop where you can buy a hoover bag from a man in a lab coat.”
3. Mario’s Cafe
“Classic, say no more.”
4. B&S DIY
“Otherwise known as the ‘Everything Shop’ because it literally contains everything inside it that you could ever need, ever.” 5. Rio’s Health Spa
“The Narnia of Kentish Town. Apparently you get a free cheese toastie on the way out – but we obviously wouldn’t know.”

This is box title
Superscope is out now on Sunday Best Records. Catch Kitty, Daisy and Lewis play the Islington Assembly Hall on 28th October. More info and tickets here.