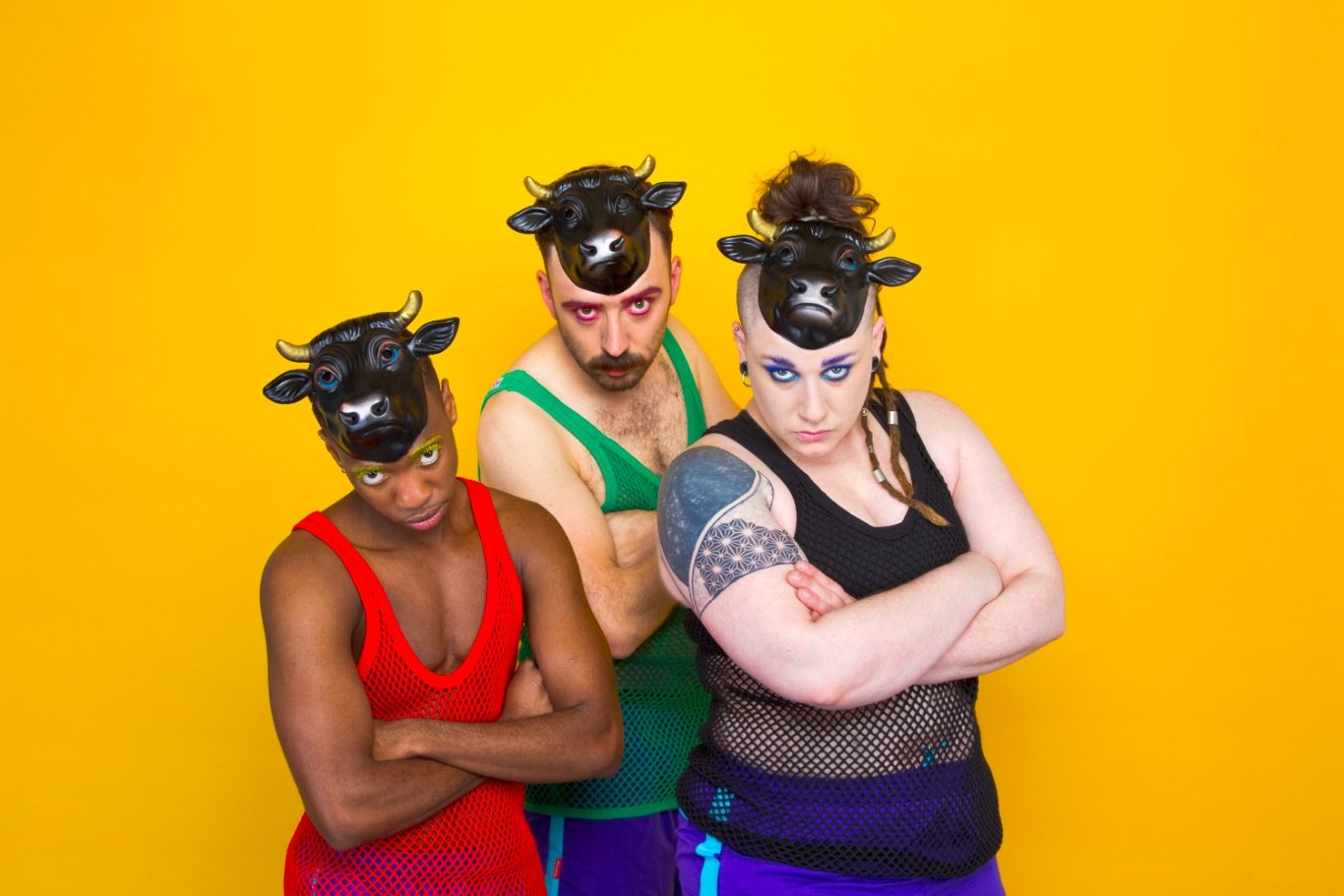 Camden People’s Theatre (CPT) has just launched a new festival exploring trans, non-binary and gender queer identities. The acclaimed fringe venue, renowned for their focus on norm-questioning works, will be spending September celebrating gender in all its forms – cis to trans, binary and beyond.

The award-winning Milk Presents will be headlining the aptly named Come As You Are festival with Bullish, a piece that promises to ‘drop a bull in a gender shop and hope that it breaks everything.’

Alongside this, performances include a feminist drag pair pondering why guys and gals are put, painted and paired together (Tues 19th) and a piece by Pablo Pakula on why he has spent his life being reassured that ‘boys don’t cry’ and ordered to ‘grow some balls.’ (Tues 26th).

Heck, there’s even a look into how Britney got through 2007 by exploring the queer roots of her defiant act of head shaving, complemented with a riot grrrl soundtrack from a live band (Tues 26th).

Find out more about video ads for your business
To compliment these theatrical offerings, Come As You Are sees a cabaret lecture from performance artist Mamori Iriguchi (Sat 23rd), and a host of workshops and panel discussions.

Bent on ruffling the tail feathers of heteronormative society, performers are proudly equipped with more questions than answers and are hoping to see their audiences leave in the same way. As always with CPT, bring an open-mind and a desire to challenge your conceptions of “normal.”