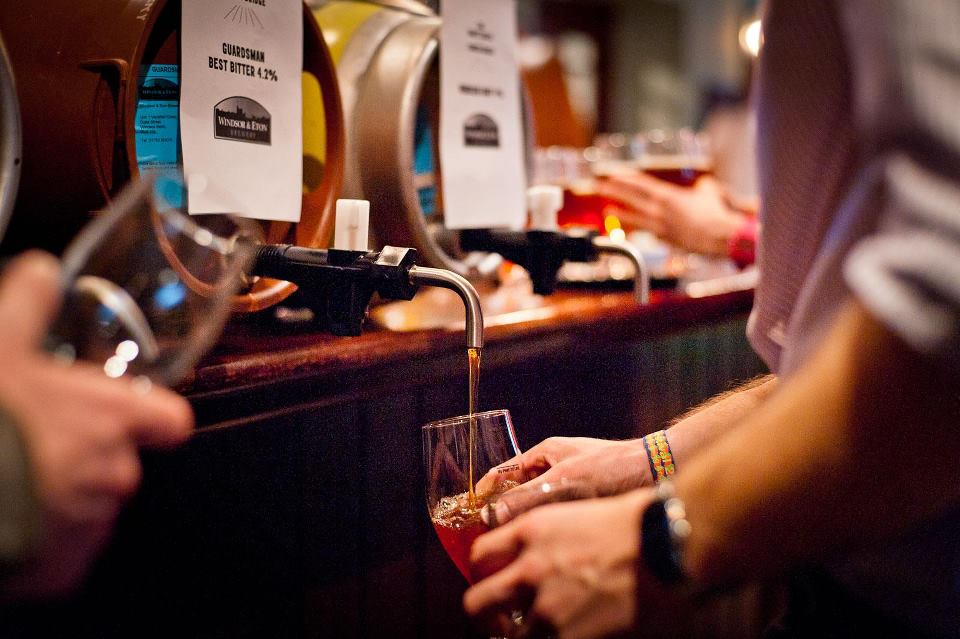 A chain we really think has had its day is the Grand Union bars. Remember the underused one that’s now Pizza East on Highgate Road? There was just something a little retro about its beyond-average burgers, half-hearted cocktails and stab at industrial interior.

The good news is that the cavernous Camden Road branch, as well as the other five remaining sites, have all been snapped up by the Draft House, a London craft beer joint with about a dozen bars across the capital. You may have been to the one on the corner of Charlotte and Goodge Street (or stood outside, in fact, it’s always so rammed).

Perhaps now the Camden Road site will return to its heady days as the Mac Bar, our favourite incarnation of the building, a hedonistic noughties dive bar which anyone who was around a decade or more ago would remember.

Okay it’s unlikely. But still this new opening is worth investigating: besides at least a dozen craft beer and ale taps, from Beavertown to Five Points and Kernel, their other thing is basic no-frills pub food, which inevitably includes burgers, sandwiches and a handful of hot daily specials.