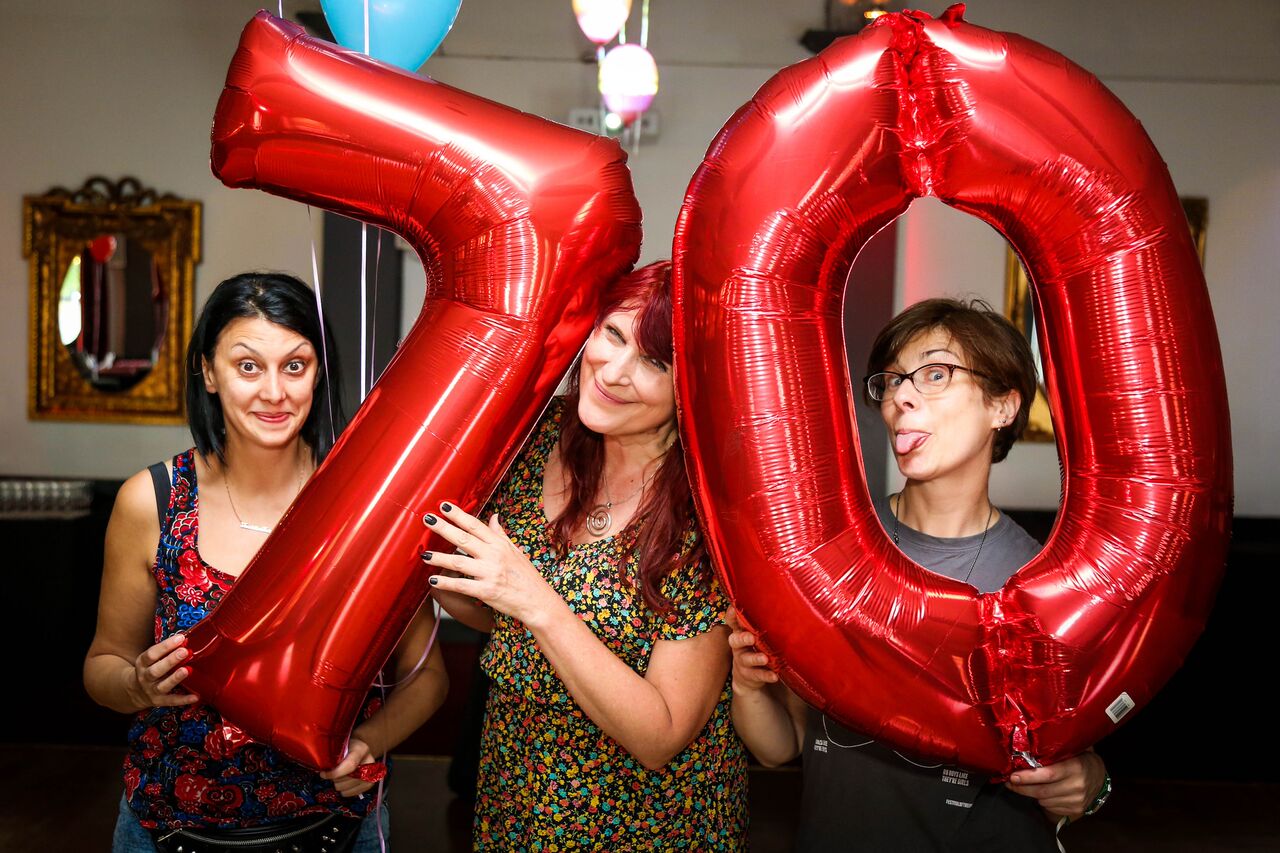 Originally an antidote to the pricey and time-consuming annual pilgrimage to Edinburgh, it was 11 years ago when Zena Barrie and Michelle Flower first set-up the Camden Fringe. Its popularity and demand have skyrocketed over the last decade, and this year’s month-long event sees nearly a thousand performances in venues spanning the borough, from Housmans bookshop in King’s Cross to NW5’s Lion and Unicorn, and spilling out beyond into Little Venice, Covent Garden and Islington. We nabbed a few minutes with a very busy Zena Barrie.

Why did you start the Fringe?
I used to run the Etcetera Theatre on Camden High Street alongside Michelle Flower. One day, I was looking at the calendar for August and thought, we’ve got nothing booked in; everyone had gone to Edinburgh. I decided to send an email out to loads of people I knew saying that “the Camden Fringe is happening, let me know if anyone wants to take part.”

By the end of the day, I had 22 shows booked in, from people who were staying in London and feeling a bit left out. We didn’t know how it was going to go. We were up in Edinburgh the fi rst summer, and left somebody in charge here. We had a fairly miserable Edinburgh Fringe that year but when we got back to London everyone had had such a lovely time, and the shows had done really well, so we thought: right, let’s give this a go then.

What are the most peculiar performances you’ve seen?
A few years ago we had a company that put on a show on the concourse of King’s Cross station. The brief was that the piece takes place in and out of a washing machine – and somehow that’s exactly what happened.

But there are all sorts of pretty peculiar performances at the Fringe. I just love the fact that people can have an idea and that we help them to bring it to fruition. Sometimes it will be brilliant, sometimes it will be really misguided, some will get massive audiences, some won’t. What’s important is that everyone gets to have a try. It’s not as expensive as bringing something up to Edinburgh, and we try and keep everything as low cost as possible.

Why is fringe theatre important?
It’s where people get discovered, but also where people can try things out artistically; how else can you really do that in life? If you write a play, what are you going to do with it? Send it off to the National Theatre and hope that they will write back saying “yeah brilliant, we want it.”

I think artists, especially those coming out of university now, need to learn how to make their own way, because on the whole, people aren’t going to give it to you. You have to find a way of making it work for you. So fringe is a really good stepping board for doing that and making creative contacts as well.

Why Camden?
If you think about it, there’s nowhere like Camden anywhere. It’s a crazy place. You get used to it, but from an outsider’s point of view, you step out of the tube station and it’s like some sort of weird festival already. I hope it stays like this, that London and Camden don’t lose their charm, considering the rates of gentrification. I don’t think they will.

Any tips for first-time Fringers?
I would just recommend anyone to open a page, stick a pen in it and go and track down something. It is as simple as that.

The observable depletion in LGBTQ+ spaces in London has sparked concern about the continued systematic marginalisation of queer folks. This production attempts to tackle this topic through an unabashed all-voguing, all-dancing and all-dragged-up celebration and historical exploration of the queer club culture of the 1970s to the present day.

Borders in a Bedroom

Set across one evening in New York in a couple’s apartment, this award-winning play observes how the complexities of the outside world can permeate even the most intimate of relationships. Against regular BBC world news updates blaring onto the set, protagonists Maya, a British-born Hindu and Imran, an American-born Muslim address challenging socio-political issues concerning racial and religious disparities, philosophical differences, nationalism and love.

This award-winning play follows the gory story of Erzsébet Báthory, one of the most powerful women in 16th Century Europe, who later became a sadistic serial killer – allegedly killing 600 young women in cold blood. This is deeply political horror theatre that explores the role of sexuality, power, faith and societal confines on the existence of a matriarch and the making of a murderer.

With an all black female cast, this piece follows the story of Cleo, a young woman living in London with Type 3 FGM. After deciding to undergo reversal surgery her family urge her to accept her circumcision as a “gift from God.” Along her journey, Cleo means Eve, another FGM victim to whom she becomes sexually attracted. This piece, by Camden resident Gloria Williams, explores themes of feminism, mental health, rape, human rights and sexuality.

This dystopian dark comedy is set in an underground society populated by the last thousand humans on earth. The play follows the bleak existence of the remainers as they wonder whether they can continue to live with the meaningless and absurdity of their existence.