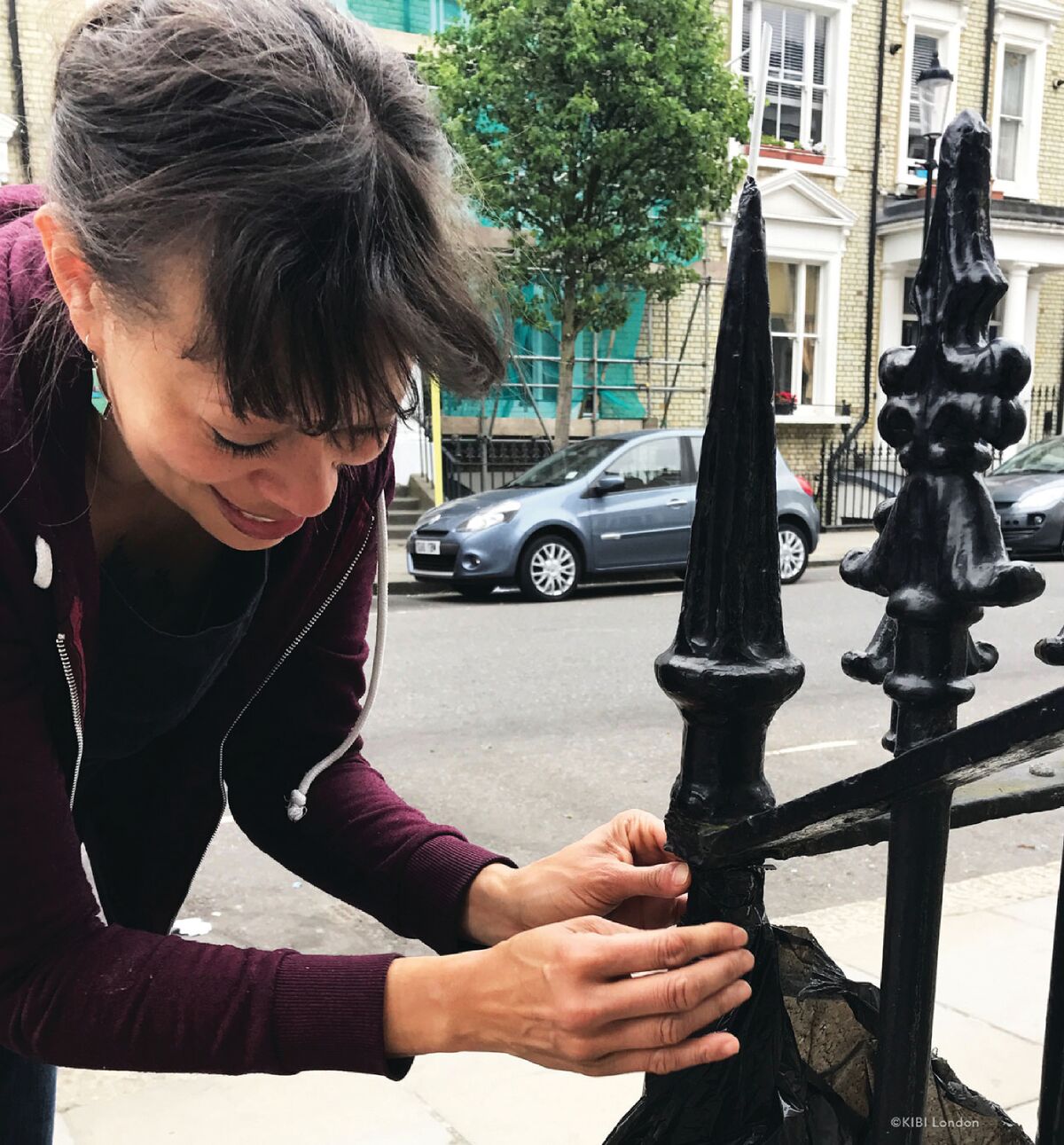 What’s called the Highgate is modelled on original finials from Highgate Cemetery, a place that founder Kibi Schultz passes everyday while walking her dog.

“I was just struck by the beauty of the gates,” she says. “And made the candle in commemoration of George Michael.” Casting them directly, and creating replicas with wax, was the perfect way to mark their history and sculptural splendour.

A Central Saint Martin’s grad with a degree in Applied Imagination, Kibi says that her course “taught her to think outside of the box and look at things in a different light.” The candles were her opportunity to put into practice what she had learnt and also to combine this with her study of entomology (bees) at California’s Berkeley.

Kibi’s long-burning waxy sculptures (made from 100% beeswax, incidentally) are quite special. “There is a lot of artistry that goes into the process.” she says. “It takes four hours for each mould to set, I then hand pour each candle and mix the colours myself.”

The use of naturally scented beeswax and essential oils means that her candles are “a much more health conscious choice that others, pumped with chemicals.”

Highgate aside, our other fave is the Regent. “It was the world’s first scientific park,” says Kibi. “It’s Grade I-listed and has a rich, mysterious, and very important history.”

But surely a Kentish Town or Tufnell Park candle is next? “I’m going to do one based on the gates outside Benedict Cumberbatch’s house,” she says, laughing.

Kibi candles can be found at WOW Studio, 2 Dartmouth Park, next to the Boston Arms, and also at the cemetery chapel itself. Also online (from £8) here.