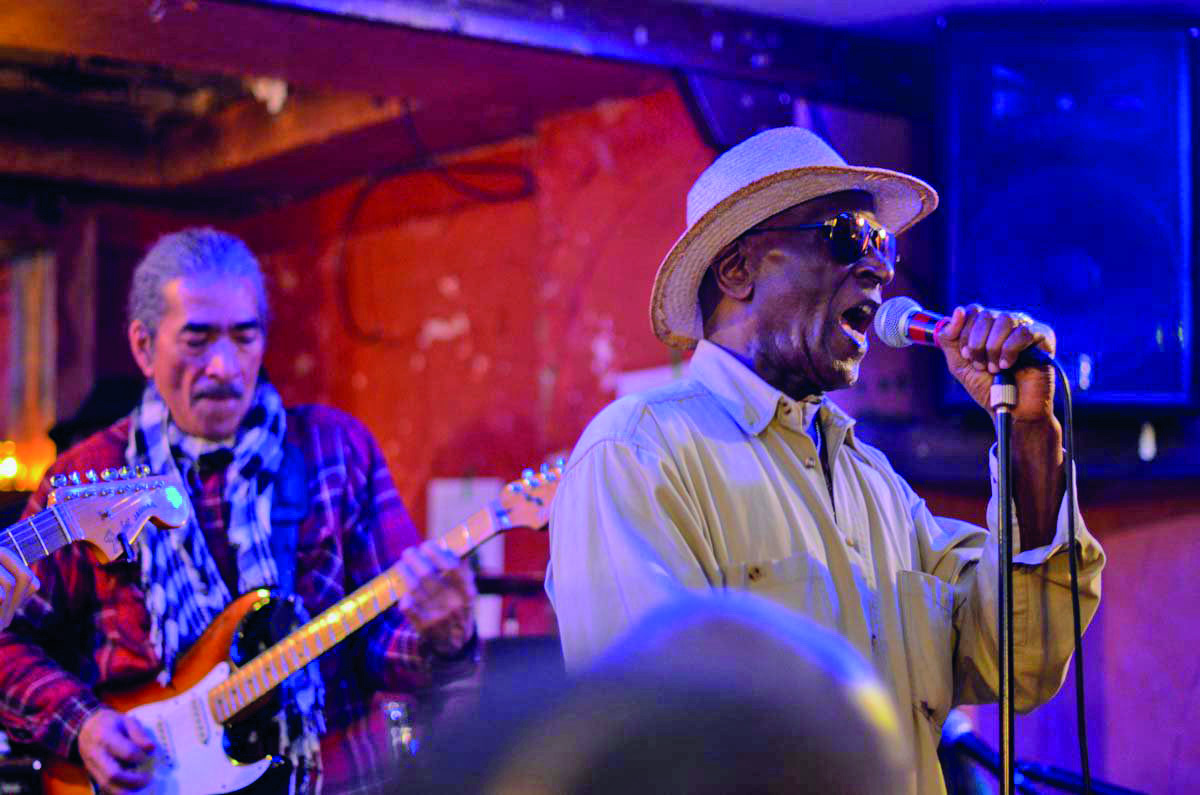 Until recently, Kentish Town was a great place to be for live jazz. Every Monday, the upstairs room at The Oxford opened its doors to some of best new contemporary and improvised music around.

Curated and run by saxophonist George Crowley, line-ups typically included some of London’s brightest young musicians, mostly showcasing original music and innovative new projects. At only a tenner entry, and with plenty of cosy couches to lounge on, there really was no better way to spend a wet (or warm) Monday evening.

Sadly, Jazz at The Oxford – as it was niftily called – came to an end last August. The pub underwent major refurbishment and a rather swanky cocktail bar has opened upstairs. While I have nothing against their cocktails, the gig is sorely missed, by both punters and performers alike. Not only did it offer musicians an opportunity to try out new projects in an informal setting, it also gave the audience a chance to chat to performers and obtain a personal insight into the creative process: for many, it was a defining feature of the London jazz scene.

Intimate pub gigs like this are becoming harder and harder to sustain as establishments come under pressure to run ventures that are more clearly profit-driven. It’s a shame that management fails to recognise the value such nights offer. Aside from bringing in people who might not otherwise be spending a Monday evening in a bar, live music harks back to the very essence of pub culture and its place in our community. The two have long gone hand-in-hand, but as pubs face closures across the capital – at a rate of ten a week according to estimates by the Campaign for Real Ale – this is overlooked in favour of swanky cocktail lounges and more space for dining.

Find out more about video ads for your business
The short-lived run of gigs at the Lord Palmerston in Tufnell Park is another example. Launched earlier this year, the shows were free entry and the pub hosted sets from London-based musicians Alice Zawadski and Fini Bearman among others. Earlier this month, however, the organisers regrettably announced the weekly residency was coming to an end despite garnering quite some interest.

Fortunately for local jazz enthusiasts, the Constitution, just off the canal near Camden Road overground, continues to host an excellent monthly night. Its Con Cellar Bar has a long, proud history of live music, while the pub upstairs remains refreshingly unchanged. Amidst the trendy gastropub revolution, it stands out as a proper no-frills boozer. We can, of course, forgive the useful addition of Beavertown Brewery’s crafty Neck Oil on tap.

Head down the narrow stairs and you find yourself in an equally unpretentious basement bar, with good acoustics and a piano. The walls are adorned with photos of musicians who have played here as well as trumpeter Richard Turner, the young founder of the jazz night who died suddenly in 2011. Starting from nothing, Turner built the Con nights into one of London’s premier jazz events, showcasing emerging talent alongside renowned musicians.

It’s “one of those special hot spots of creative music”, says Michael Janisch, founder of Whirlwind Recordings, “essential to any music scene”. The reputation is well-earned. After Turner’s death, the gigs were continued in the same spirit on a monthly basis, run by some of his friends and fellow musicians, among whom was Crowley. As with The Oxford, the focus is on original music and improv. “When it works, it’s a wonderful thing,” he says. “There’s something very special about seeing good music really close up, and often the relative informality of the situation brings out amazing performances from the players.”

This month’s line-up included a set from guitarist Nick Costley White’s Quartet, recording their debut album later this year, and a brilliant quartet led by saxophonist Alex Merritt. It’s a real celebration of creativity for creativity’s sake: the gig is run entirely by volunteers on a no-profit basis. Attracting a mix of students, musicians and jazz fans, the atmosphere is friendly and unstuffy, recalling a basement bar in New York; a far cry from the more formal surroundings of Ronnie Scott’s.

The Con Cellar stands as a strong reminder of the rich and creative jazz scene in London. Our city houses the country’s top conservatoires, producing some of the finest young musicians. Surely small, intimate gigs must continue to form the beating heart of that scene if we want to retain its energy and vibrancy. Supporting local gigs like this is especially important given north London’s status as a musical hub – we have our fair share of iconic venues, and it seems worthwhile to protect the smaller ones as well.

The jazz nights take place on the first Friday of every month, but if that’s too few and far between, every Wednesday sees an eclectic crowd and rowdier atmosphere for the excellent free jazz, ska and reggae nights in memory of Con bar founder Ronnie Gordon.

Get there early to grab a seat as spaces are very, very limited – otherwise there’s plenty of standing room, and the atmosphere is always buzzing regardless.

This is box title
More info on jazz nights can be found here. The next gig is on June 9th, while the Wednesday night sessions are weekly at 7pm, 42 St Pancras Way NW1.