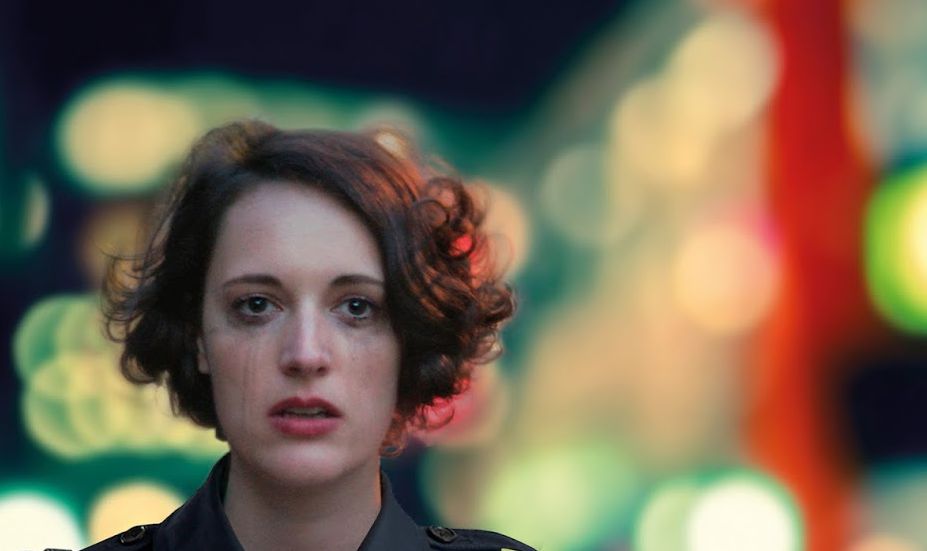 Not aware of the series? Well, it stars Phoebe Waller-Bridge – who was pretty good in the C4 sitcom Crashing – as Fleabag (the name is never explained), a young woman “attempting to navigate modern life in London.”

What that means, in this case anyway, is that she’s potty-mouthed and, well, pretty sex-mad (amongst other things). She’s also dealing with a personal tragedy as she tries to run her cafe, a fictional version of the Village Cafe on York Rise (opposite the lovely Truffles Deli).

In other scenes she’s seen walking down Southampton Road (where the old Party Party shops where) in Gospel Oak. So, plenty to keep you busy while you’re guffawing at the gags – and, of course, cringing at Fleabag’s behaviour at the same time.

The DPFC always screens films with a local connection so for this one-off event, location manager Ian Hutchinson is swinging by for the Q&A. With tons of experience working on films like the Absolutely Fabulous movie and Netflix’s huge hit, The Crown, we fired a few questions at him to find out more.

It sounds a peach. How did you bag your job then?
A friend got me a break as a runner. It was supposed to be a three-day thing but I didn’t stop working for seven years. I moved from running to assistant directing; and then about fifteen years ago I moved to location managing.

What does it actually entail?
To find all the locations, secure all necessary permits and contracts, including police and council permissions, and dispensations for parking vehicles in central London. I also manage the use of the locations.

How do you find the best places?
Everything starts with the script. I sit down with director and production designer to find out what look and feel they’re aiming for. Every single second of film that is not shot in the studio needs a location. So it can be a huge amount of work.

I start by researching the location we need, for example a park, and I’ll go and photograph ten potential parks. I’ll whittle it down to two to three and personally visit the most promising ones with the director and production designer.

So why Dartmouth Park?
In the first creative meeting with Phoebe and the director, we all felt that Fleabag’s “family” should all live in a community, near each other. We wanted to keep the locations physically close, which also helps manage productions more efficiently. I looked at Richmond and Barnet but Dartmouth Park was perfect: the moment the director came to the area, he said “this is where Fleabag lives”. I actually saw posters for the Dartmouth Park Film Club while we were filming.

And what locations specifically are in the show?
The Village Café, on York Rise, is where Fleabag works, and her flat, while filmed in a studio, is set in Dartmouth Park; finally, her sister Clare’s house is on Laurier Road.

This is box title
The Dartmouth Park Film Club screening of Fleabag (certificate 15) is Thurs Feb 2nd. 7pm for drinks then the showing (three episodes) starts at 7:30pm. Pay what you can afford. Highgate Library, Chester Road N19. Watch the whole series on iplayer here.