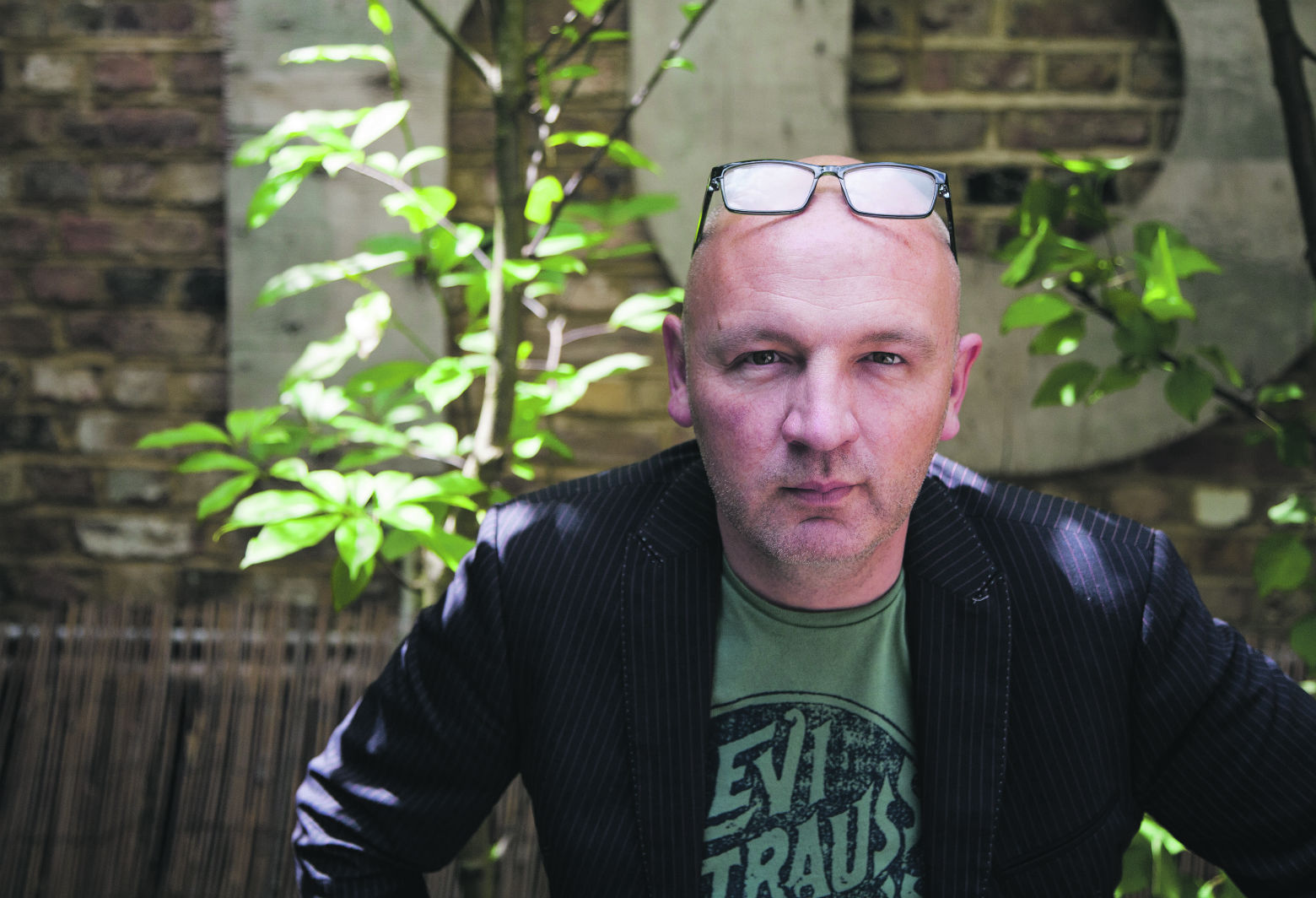 'I was nicknamed Napoleon by teachers. I liked to be completely in charge back then too it seems'

Andy Stewart first discovered the area after taking a job with Getty Images in digital production. After moving to Kentish Town and going freelance, he’s been a jack of all trades: from crewing narrowboats on the Regent’s Canal, to running two market stalls at the Lock, he’s also helped litigants with civil cases at the High Court, worked as a photographer, bartender and even organised this paper’s distribution. He’s fallen in love with variety – hence recently launching his concierge-style local enterprise Man Friday.

When were you happiest?
Lying in the blistering sun on the bonnet of a rental pickup truck in a car lot in the Texas panhandle, summer 2002. Think it was a freedom thing. I was just out there to drive and take pictures so east, west, north or south was mine to choose. Or, a hundred times over in local pubs with friends.

Where would you like to live?
I’d like to buy the flat above mine in Cliff Road. I’d sleep up there and turn my place into a candlelit library, swimming pool, wine cellar and general den.

What’s your favourite sound or smell?
Kids shouting and screaming in the distance on a summer’s day. That sound is eternal somehow.

What is your greatest life achievement?
I like to think I’ve not peaked yet, not by a long shot.

What is the most important lesson life has taught you?
Trying to master the art of patience for a long time (too fucking long!). More important though is – be kind.

What is your earliest memory?
Before moving to KT I was knocking about Camden Town for years whilst working at Getty Images on Bayham Street. Early forays into Kentish Town itself were probably mid 1990s late night insurgencies up to Quinn’s for late beers on school nights. Back in the days before opening hours were relaxed, it shut an hour later than the Good Mixer or the Hawley. Somewhat innocently it felt illicit back then, that extra hour. I could still make the last tube to Brixton – my first landing stop in London.

What makes you unhappy?
Less and less on a personal level.

What would improve your quality of life?
Friends who have been driven out of the area, and London generally, by housing costs, to afford to be able to move back to this area.

What is your most unappealing habit?
It’s the fact I always always turn up early for everything. Ridiculous habit. Involves lots of walking round the block and unintended boring window shopping.

Where do you hang out?
On the Heath a lot (in all seasons), libraries, galleries, museums, cinemas and pubs. Free days I’m out walking with my camera – I think I must be getting close to total London coverage by now.

What do you most dislike about your appearance?
I’m past that really but this relatively new jowly thing going on under my chin is not an improvement.

What’s the worst thing anyone’s said to you?
Best and worst – “I wanna see you later”.

What has your career taught you?
Not to worry too much about one – just try your best and enjoy work if you can.

What is your favourite dish and why?
Chicken spinach curry, cooked in the Pakistani high mountain style, as taught to my mother, and then to me, by the mothers of the kids she used to teach. Made way high on the spice scale and served with lots of minted yoghurt.

What did you do today?
Retouched photos I took for an issue of this paper. Did some gardening in Hampstead for a lovely German lady – she’s been creating and tending it for fifty years – it’s amazing.

Describe yourself as an animal.
Probably a hare – no patience again. Tortoises are a bore.

Tell us a secret.
I’m told I was nicknamed Napoleon by the teachers in my playground years. I liked to be completely in charge back then too it seems.

If you want Andy to help you with something, one-off or regular, find out more at manfriday.london