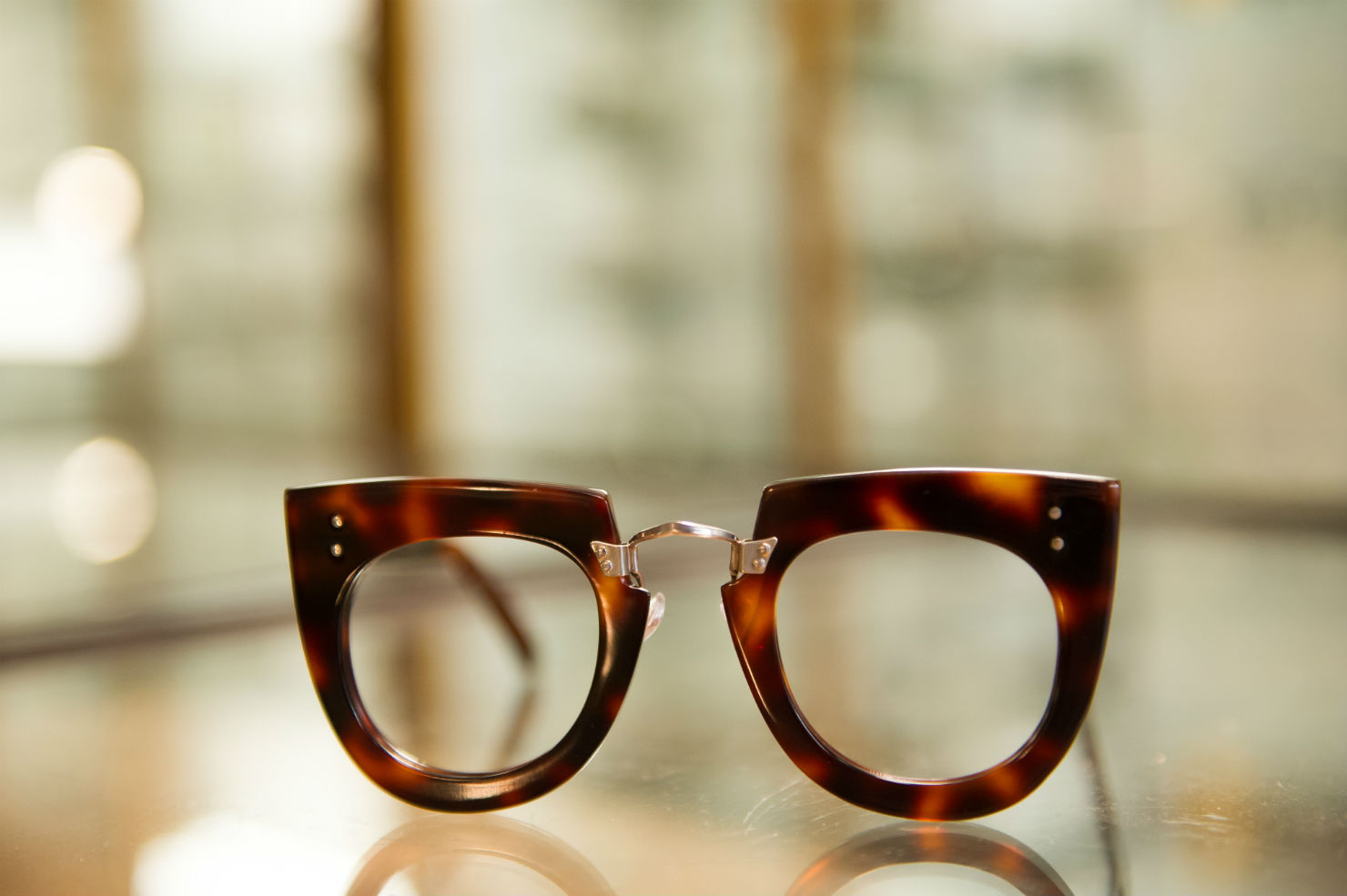 The star-studded story of General Eyewear

It’s easy to miss this iconic store deep within Camden Market. Manager Fabio Ribeiro tells us why to visit

What do you stock?
We’ve got 56,000 frames to choose from, everything from Edwardian styles to 1980s. We also have really rare ones that are hundreds of years old as part of our collection – but these aren’t for sale as they’re mostly one-offs.

Talk us through the shop.
There are two cabinets filled with frames we design and make ourselves. We prototype a lot of frames here and have them handmade at a workshop just outside London. We usually use vintage acetate and have found old stocks of it from the 1970s and 80s; they don’t produce these colours anymore, so we make limited editions, and no more. We also offer a bespoke service so someone can have something completely original made.

What’s the story of General Eyewear?
It opened here in 1997 so is one of the older businesses in the market. Although everyone asks why we came to Camden, it was actually the obvious step being the Shoreditch of its day, the place that you could just turn up with some money in your pocket and start a business. Back then the Horse Hospital itself was actually a market and this area was garages. Originally we had a small shop which is now club owner Alex Proud’s office. When they redeveloped the market they moved everyone along the stretch and asked us to choose a unit, so now we’re in the nicer, quieter part of the market with a 2000 square foot space.

Where do you source the glasses?
We have a really good relationship with UK museums as they obviously get a lot of things donated. As they only need one of something, we swap them stuff that we have and so it’s a mutual relationship. Everyone in the industry knows everyone and we all get on really well, so people want to help each other out.

Where’s the quirkiest place you’ve sourced a frame?
To get one rare pair we had to follow a trail that was very convoluted. It involved waiting on a park bench in Paris for a man to walk past and say a codeword followed by a quick exchange with black bags. Another time we had to meet a woman in Italy who had the most amazing stock of eyewear in the boot of her car. It took weeks to organize an appointment with her.

Who is your designer?
Akio, who trained in Japan and works full time in the back studio. The rest of us chip in ideas and designs.

We hear you work alot with the movies too?
One of the reasons why we have this huge selection is we do a lot of film, theatre and TV – so we need everything there is out there. If someone says to me they need a hundred extras in 1940s Germany I need to have that frame availability and knowledge of what it was like at that time. For main cast members in a film we make glasses from scratch: find an original frame that works, adapt it to the actor’s face and make replicas so you wouldn’t be able to tell that it’s new.

What have you worked on recently?
Theory of Everything. I personally worked with Eddie Redmayne fitting the glasses – he was an incredible guy, a humble person and I’m glad he won an Oscar for that. We’ve also done The Councillor, Charlie and the Chocolate Factory, and The Railway Man: the list is huge. Celebs include Johnny Depp, Brad Pitt, Xavier Bardem, and Colin Firth, whose house I had to go to three times.

So, what kind of prices are we talking for a frame?
Vintage starts at £225, our own designs at £325 and bespoke is £450 – so you can get something completely original and a total one-off for that price.