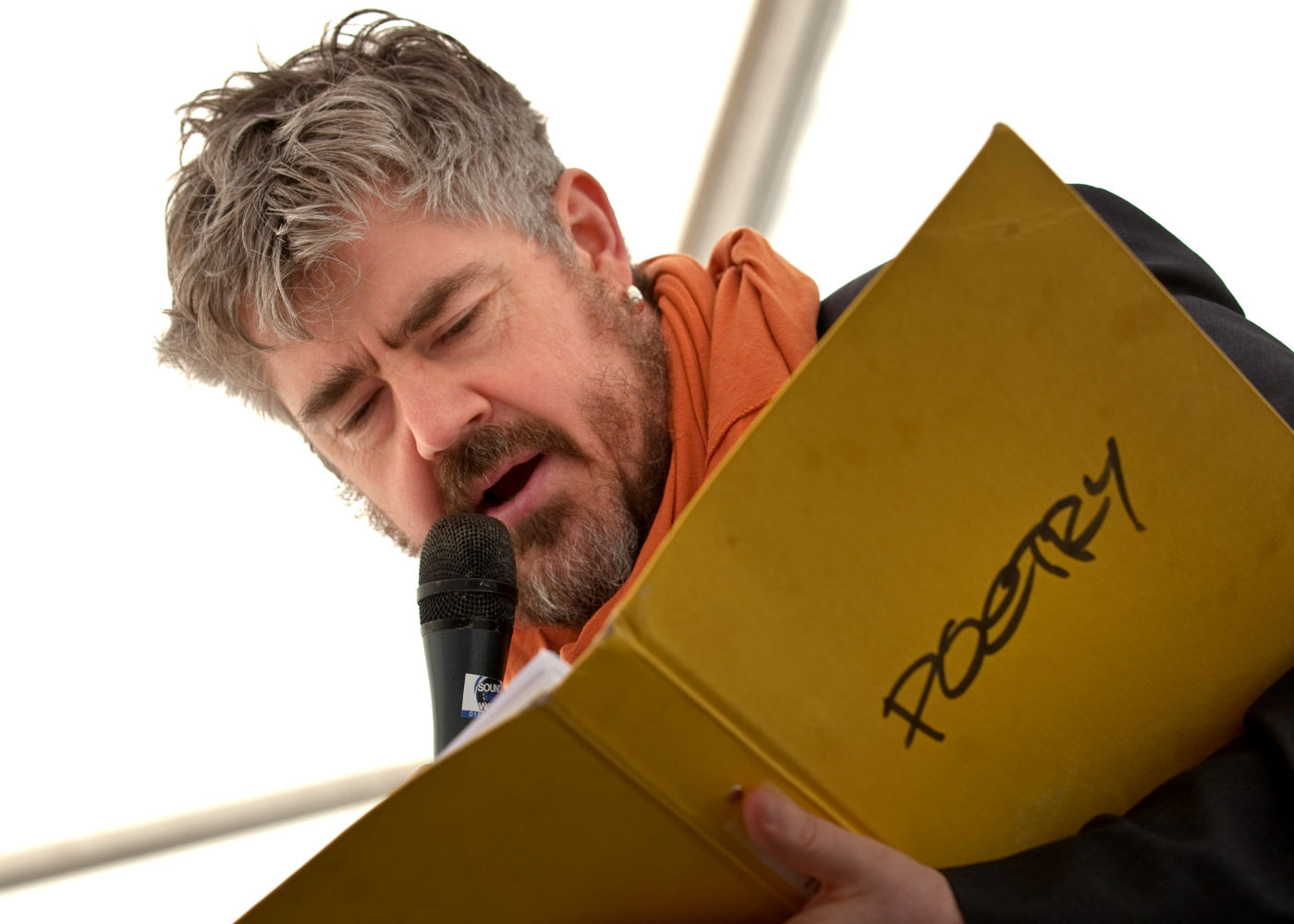 When the programme for this year’s N19 litfest was announced, my first thought was: how could I miss this radio DJ, columnist, panellist, author and speaker? So it came that around around thirty of us were ushered into the studio at the Kogan Academy of Dramatic Arts last week – and, happily, we were not about to be disappointed.

Dressed in a splendid ash grey three-piece, Jupitus greeted the audience and commented self deprecatingly on his book’s failure to reach hardback status. There were light-hearted lamentations on the topic of book writing itself, with the comic bemoaning the stage in the process when he simply “ran out of words” about half way through the book.

Jupitus was at his best delivering his showbiz anecdotes in his typical witty conversational style, with stories ranging from Christmas dinners with Wogan to hosting breakfast shows from his kitchen.

A consistent theme was the former DJ’s love-hate relationship with the BBC, describing the corporation as “a disappointing uncle” and his leaving as akin to “chucking a girlfriend that you still fancy”. Throughout the hour he attributed his success to the following: a break by broadcasting legend Jim Moyer, influence from Bob Peel, his late great agent – and an ability to, at 7am, “sound how [his listeners] felt”.

Perhaps the most resonant moment was the off-the-cuff speech made about the current state of the BBC, a mixture of vitriol and mawkishness leaked through with some raw opinions on his former employers.

“The Tories don’t hate the BBC, governments do,” he said, “and the government is currently interfering with state broadcasting.”

In short, a wonderfully entertaining session – wherever you get the chance to see this man speak, my advice is take it.

This is box title
Archway With Words finished last night. Follow @archwayword for details of next year’s event