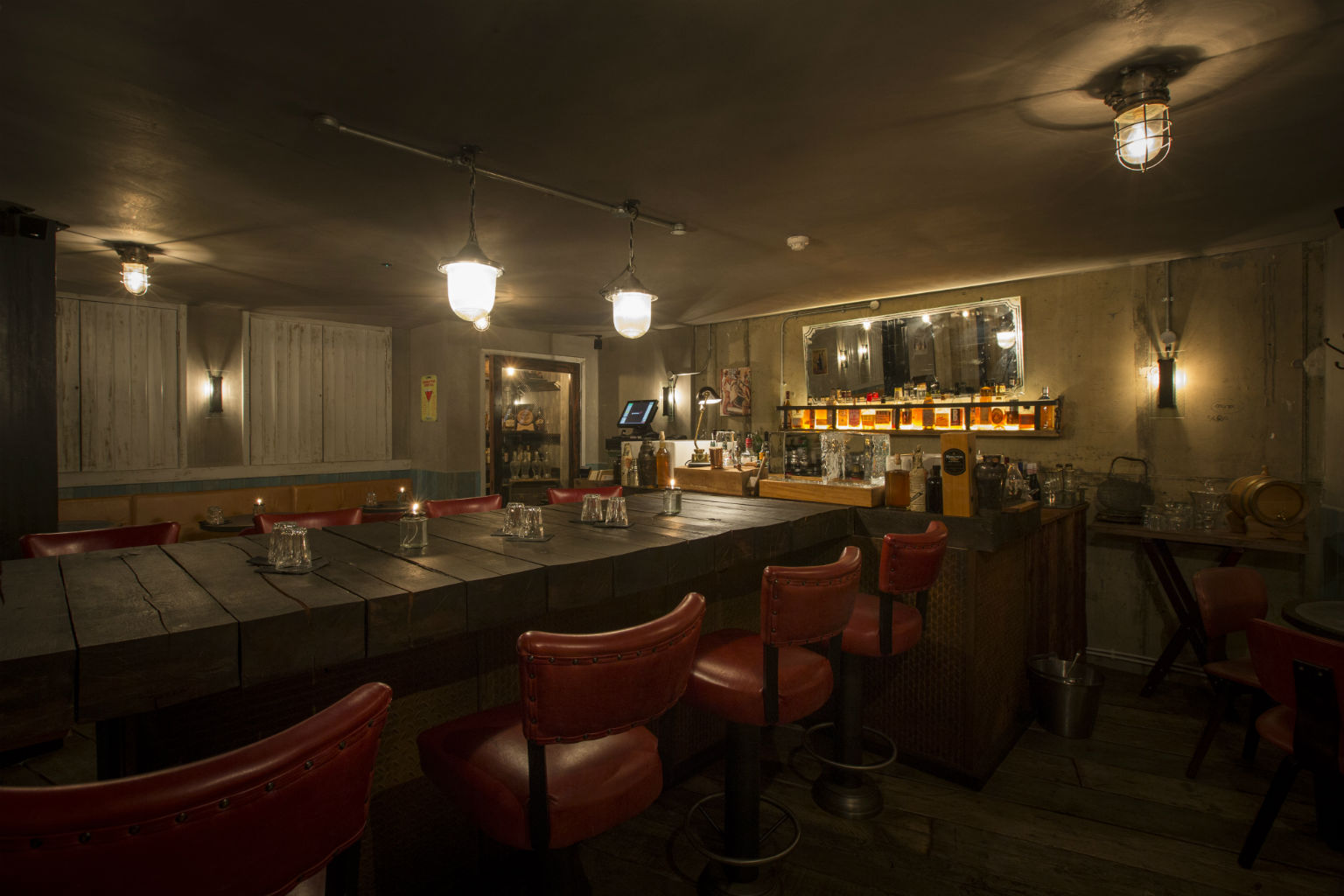 Q Grill’s Des McDonald is probably one of London’s hippest restaurateurs – and so his latest venture does not exactly come as a surprise.

While Kentish Town is now awash with quality cocktail bars – mostly of the subterranean variety – Camden has long been oddly bereft. But we reckon The Frontier Room, a speakeasy-styled “invite-only” joint (whatever that means), hidden behind his Chalk Farm Road restaurant, should change that.

Ascending the stairs, you emerge in what might well have been early 20th century New Orleans, the dimly-lit room created with secondhand furnishings and materials to give a palpable sense of authenticity. Candle-lit tables and a handwritten menu complete the look.

A problem with the speakeasy concept is that it can prove either too quiet to seem like a “proper” night out, or too loud to feel exclusive. On our visit the vibrant-yet-relaxed atmosphere seemed perfectly balanced.

We can recommend the two drinks we tried, the Great White Buffalo and the Boyscout. The former is an interesting cousin of the traditional Old Fashioned, a stretched and separated whisky sour created through the use of lemon, egg white and maple syrup to lend a sharp finish.

The latter was the favourite, however, a concoction of Camden’s own Half Hitch gin, winter spice, lemon juice, agave and a couple of dashes of orange bitters. The result? A dangerously drinkable tipple. There are also negronis, martinis and an enticing-sounding Secret Garden, a mix of Berkley Square dry gin with thyme, green chartreuse and cucumber.

Hungry? You could munch your way through Q Grill’s best bits including a pulled pork burger that tasted as light as a feather and a key lime pie that – on our table, anyway – disappeared just as quickly.

And as for the pesky “invite-only” gimmick? Apparently it just means it’s open to “anyone who’s interested in the concept and learning about cocktails”. So don’t be shy: head straight on up.