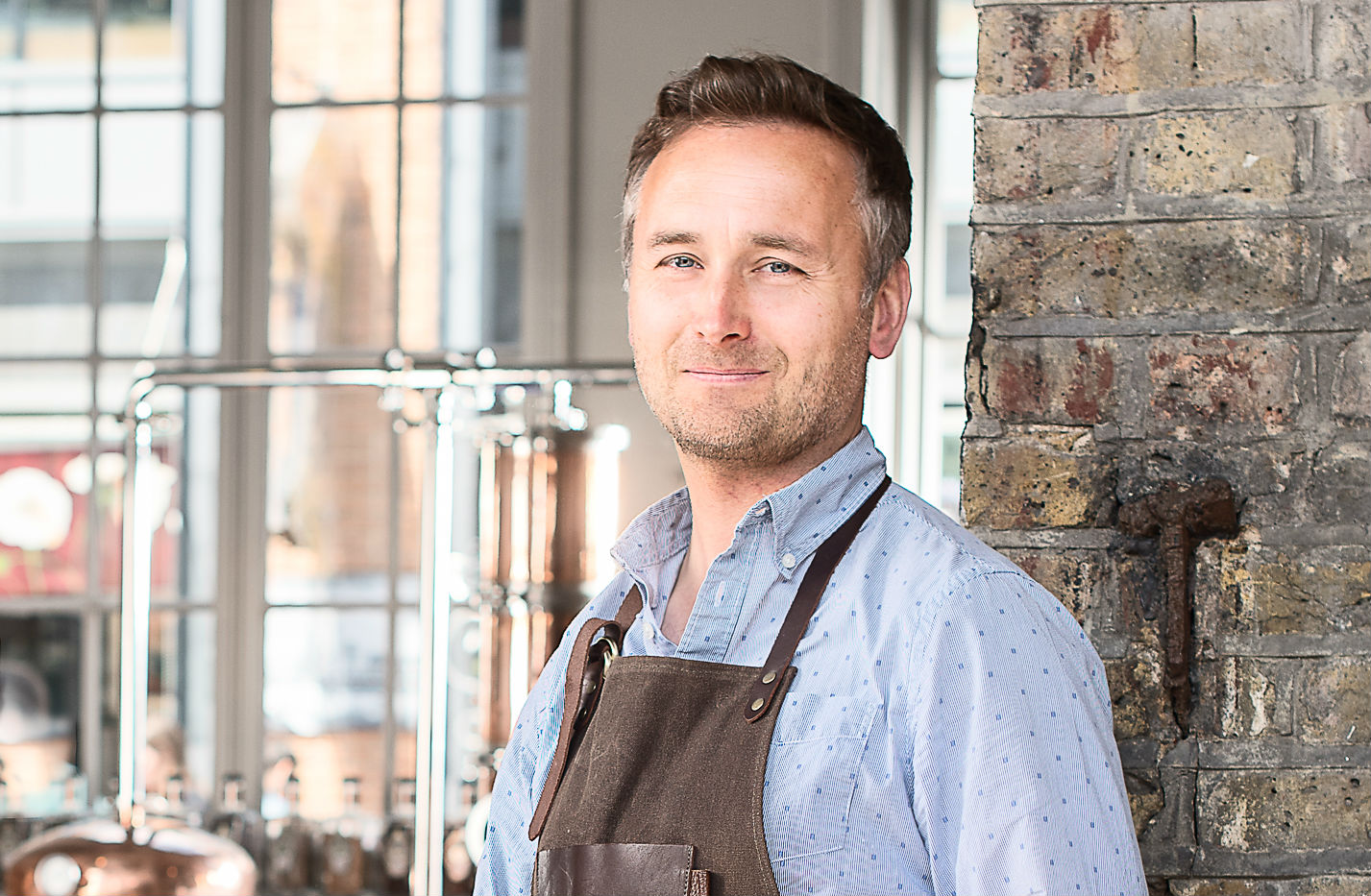 A year ago, Mark Holdsworth quit the security of his job at a global drinks industry giant to take things back to basics. The dream? To craft his own gin. When he stumbled upon the lost history of distilling right on his doorstep, Half Hitch was born. Having mixed his initial batches of botanicals – which include bergamot and Malawian tea – in the old vaults of Camden Lock, he’s now completed building his own copper still. It can be found at the heart of the foodie revolution taking place in Camden Market’s West Yard, just across the cobbles from where London gin was made, stored, bottled and no doubt enjoyed, for over a century from 1857.

• To be playing a part in this area’s rich history is phenomenal. It was always my vision to bring gin making back to Camden Town, fifty years after they closed it all down. But the more I’ve delved in, the more I’ve discovered just how significant it was. I’ve realised it’s a living history, too: some of the people who worked for the distilleries are still alive, so we’re not just walking on the same cobblestones and using the original buildings, but actually making human connections, too.

• When setting up a spirits business, you’ve got to prepare for the hurdles. There are so many regulations for making and selling alcohol, it feels endless. Then you’ve got things like health and safety issues to solve before setting up a portable bar, let alone the logistics like making sure you have enough ice.

• These days I don’t work in the company of others. I’ve gone from having a huge team to handling every element of the business myself. One minute it’s finance, licensing or regulatory work, the next I’m on my hands and knees building a still, hand-stamping my own business cards, or selling gin and tonics at a Sunday market. I’ve had huge support from friends, but there haven’t been many free weekends or evenings.

Find out more about video ads for your business
• Having to be a jack of all trades gives life a very eclectic nature. I’ve found myself standing on a Camden Market stall in the morning, and then rocking up at Buckingham Palace to drop off a sample for royal tasting in the same day. Sometimes I’m a dispatch rider, strapping cases of gin to the back of my motorcycle to deliver to bars, then I’m dressed in a suit making a speech representing British entrepreneurs. It’s certainly diverse.

• I hadn’t realised how physically demanding this job could be. I was prepared for the mental demands: the stress levels and the hours, but it’s the lugging things about that’s really got me. Plus just standing for hours on a blustery market stall is really tough, suddenly the gammy knee that I dislocated as a teenager flares up.

• It was always going to be a gin. I’ve worked on cachaças, tequilas, vodkas and whiskeys, but gin was always my go-to spirit. And it’s been having an amazing renaissance, too. The wonderful thing is that it only has only two fixed definitions – you must start with neutral grain spirit and you must add juniper –but beyond that, you can really do anything. I found an illustrated newspaper from 1900 called The Sketch which showed tea refreshments on a Friday market in Camden Town. That decided the flavour to go for. But actually, tea has been an amazing partner in gin cocktails for 15-20 years, though not many gins have used it as a key botanical.

• There’s never an excuse for inconsistency. Four years of drinks’ research and development has given me a trained nose, eye and taste buds all focused on achieving a spirit that tastes the same unique way every time. I prefer a mixture of heritage and modern methods to get the best flavour, using a copper pot still and vacuum rotovap distillation plus tinctures, which are extractions of flavour using alcohol. Half Hitch has a light straw hue which comes from the Malawian Black Tea, English Wood and other secret botanicals. I wanted to make gin that is intentionally complex and yet balanced. And don’t worry: it also makes a formidable G&T or gin martini.

The Half Hitch distillery is open midday to 6pm on the corner of West Yard, Camden Market for free informal tours of the gin making process.