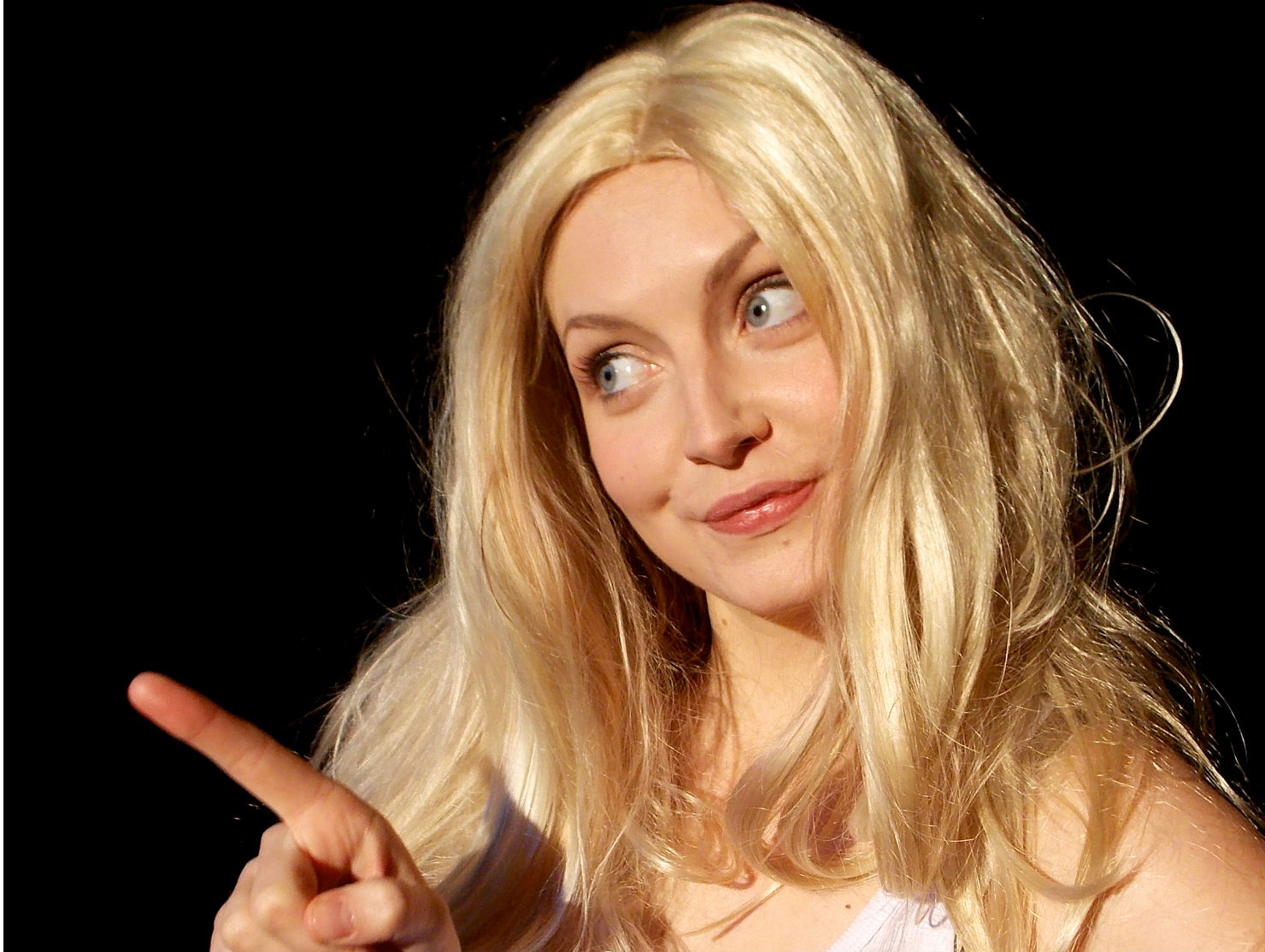 Last year, shortly after graduating from drama school, I was worried. Seriously worried that I would never act in anything again. One particularly low day, I found myself in Clarks with £100 birthday money, hunting for a new pair of ‘practical’ shoes.

It was there that I realized that I couldn’t wait for someone to offer me a job any longer. I slammed down the hideous tan lace-ups that had crept their way into my hand and marched home, called the Etcetera Theatre in Camden and booked their space for two nights. I never did get a new pair of shoes.

My friend, Arthur McBain, is an actor who had directed a few cracking fringe plays that summer, so I called him and asked if he’d like to help me develop the script and direct the show. We had three weeks to put it together.

In case you didn’t catch my last article about the play, it’s an energetic, funny and (I hope) touching exploration of identity and how social media affects our relationships.

I wrote it because I’m increasingly frustrated by the first world obsession with social media (including my own!) Ironically, of course, if it wasn’t for Facebook I don’t think I’d have sold a single ticket.

Those first performances miraculously sold out and we were invited back to the Etcetera Theatre in February. The response was overwhelming and I was longing to take it further, but wasn’t sure how. The Soho Theatre Young Company was running a ten-week ‘Comedy Lab’ course, so I enrolled. Having no idea what to expect, I turned up curious and when the leader launched straight into an Edinburgh Festival chat I thought, “Right, I guess that’s what I’m doing.”

Over the next few months I sent a ton of emails, made a few calls and asked a lot of questions. You’d be surprised how many people it takes to make a one-woman show. Lots of seasoned festival-goers generously offered up their advice and I’m eternally grateful to all of them. One, Fiona Porritt, came onboard to produce the show with me and together we wrote applications to venues and pestered each of them until they told us Yay or Nay.

Just The Tonic is a great venue set in the vault-like spaces slap bang in the middle of town, so we were chuffed when they offered us a slot. Then came the poster design, flyer ordering, budget planning, trailer filming, accommodation sorting, train booking, press inviting, insurance buying phase, which will be on-going until we finish at the end of August.

And that’s not all. Recently I landed my first professional acting job, playing the title role in BBC One’s one-off factual drama about 7/7, A Song For Jenny, opposite the sublime Emily Watson. Things are suddenly very exciting: I’m not only represented by my agency, The Artists Partnership, for acting but have also been taken on by their literary development department. We’re in some very exciting talks with a few production companies about two sitcom ideas, one of which is loosely based on 501 Things.

It’s been a rich, fruitful journey so far with plenty of highs, lows and learning. Now I can only hope that the hard work pays off and that audiences enjoy watching the play as much as I have making it. But first: we’re back in Camden this week for two nights, so do pop down if you can.