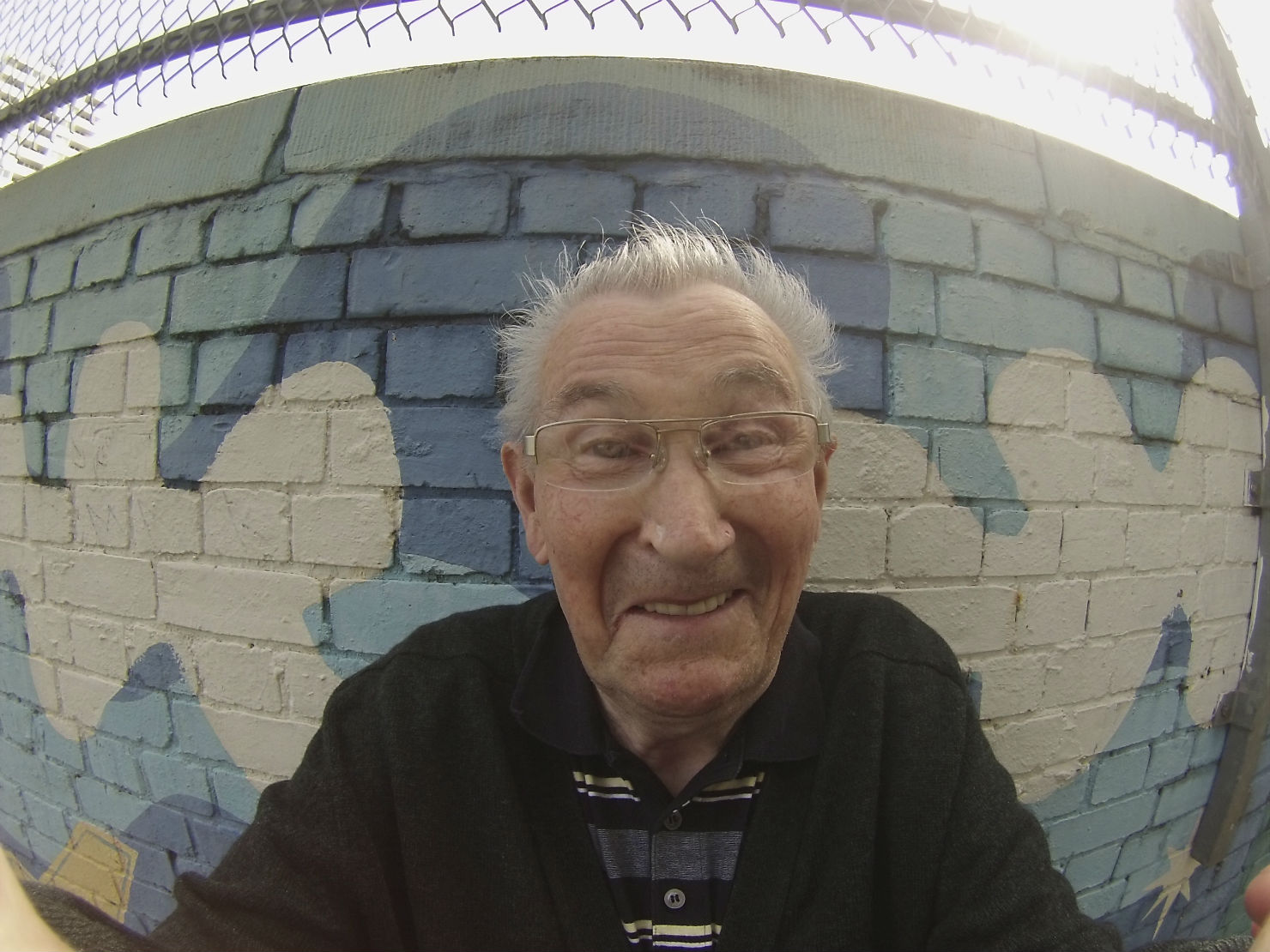 Why you should all visit Liam Gallagher’s gallery next week

Alternative performer Scottee is turning his grandad into an internationally acclaimed artist. Here he explains how he did it

Grandad – Liam Gallagher to you – and I have lived in NW5 for a combined 80 years. We remember when the deli was a toyshop, when the craft beer bar was a boozer, and when the coffee shop was where I bought my trainers. We also remember when people respected their elders.

The older Grandad gets the more invisible he becomes in our society: ignored on buses when trying to strike up small talk, brushed past on the high street when he staggers with his walking sticks, and doctors shouting loudly assuming he is deaf. The more I noticed the problem the more I saw other older people being overlooked in our community.

I decided I wanted to do something about it, so I began to think of a project that would improve the visibility of elders in our culture, whilst creating a space for older artists to exist. I approached Grandad and asked him if he wanted to become an artist. He said yes.

Eight months ago we started our journey: with support from Stephen Fry and Age UK we set about teaching Grandad what art was, the effect it could have, and why his voice was valuable.

“I think this is good if it means it’s going to help old people,” he whispered to me.

It quickly became apparent that Grandad had a lot to say about life, death, immigration and politics. He came to the UK in the 1950s from Ireland with limited literacy skills that have never improved – this felt like a good place to start. We began to make lots of text-based work; in order for us to do this I had to help him learn how to read and write.

Working so closely over the past few months has changed my relationship with him. No longer is he my Grandad, he’s my best friend. We’ve shared laughter and tears, pain and wisdom – the stories he has shared have turned the magical figure of a grandparent into a real human.

With three books full of drawings, text, ideas and sheep we approached Camden Council with a proposal to give us a shop in our community – and they came up trumps.

Next week, for five days, Grandad will open his own gallery space just off Queen’s Crescent showcasing his debut solo show. No Need to Shout covers everything from sex, love, fear, selfies and death. It’s moving, insightful and authentic.

He has collaborated with artists Hunt & Darton to create a menu for his gallery so people can enjoy a cup of strong tea, marmalade on toast, or a biscuit or two whilst they see his work.

Hopefully the project will encourage other older voices to pick up a pen and throw caution to the wind. You never know, it might encourage you to ring your nan a bit more, notice older people in our community or perhaps make you give up your seat on the bus without embarrassment.

However his project affects you, we’re winning; working towards a more age inclusive community – and in Grandad’s words: “that’s grand”.

No Need to Shout opens at Grandad Gallery (the former Tan Like That studio) at 25, Cheriton off Malden Road NW5 from 27th – 30th May. Follow him on Twitter @reallgallagher