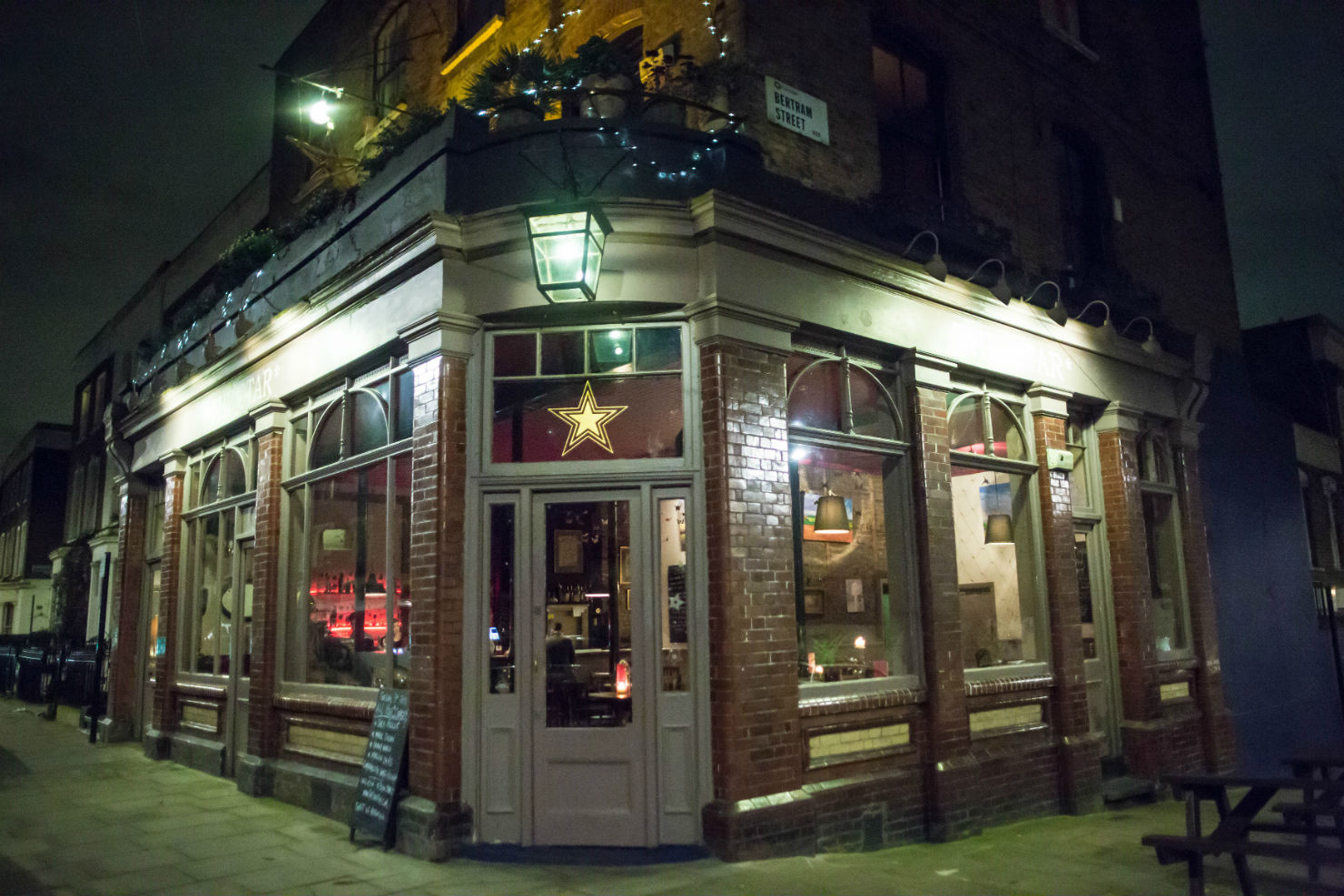 How did you get here?
Although I grew up in Surrey, my dad used to own the Sun and 13 Cantons on Beak Street so I was often behind the bar from the age of four. When I left uni I jumped at the chance not to be stuck behind a computer screen. After a few years of working in the industry I took the risky decision to buy this boozer in 2012.

What do you do that’s unique?
A lot of pubs that do food have gone a bit too “gastro” and more like restaurants. Our current head chef used to be sous at both the Savoy and Cafe de Paris but we still make sure first and foremost we’re a good pub for our local people.

What was your worst experience?
Three hours before our opening day our original head chef called to say he wouldn’t be coming back. That was very tough and something I wouldn’t want to experience again. We got through it (just) and as a result found a great chef.

And the best?
There have been so many great memories here. When people say they’ve had the night of their life, or the best meal in years, that’s always special. It’s amazing when we do weddings to know you’ve helped make someone’s most special day. The highlight was probably our last NYE party: to see the pub full of happy customers, friends, family and my wife makes all the hard work worth while.

Any funny stories?
When I worked at a nightclub in Leeds we had a staff member who got a bit over excited one night. We thought he had left but when closing up found him naked in the ladies toilets. Oops.

Is the rise of craft beer a good thing?
We finally have a choice of products that aren’t mass-produced by large drink corporations. Keg craft beer is great for landlords as it keeps fresher for longer than cask. The price is justified, you’re getting a much better beer that has a longer production time. Customers have to remember that it’s not the operators or manufacturers seeing a lot of that £5: after VAT, duty and so on there isn’t a huge mark up on it, especially if you’re a tied pub like we are. And people tend to drink less craft beer than traditional lager, so will be spending similar amounts anyway.

Who are your customers?
We have a real mixed crowd of regulars, from 25 to 75 years old but as we are tucked away they have all made the effort to come to us and they know what they want. Our most loyal is Danny, an ex-manager of the World’s End in Camden in the 1980s who always has great stories to tell.

Who’s the most famous face you’ve served?
Probably Chris Martin. Although the funniest were the Chuckle Brothers.

This is box title
Find The Star at 47 Chester Road N19. Like the portraits taken in this series? Contact Dan Hall here or on Twitter @allshots