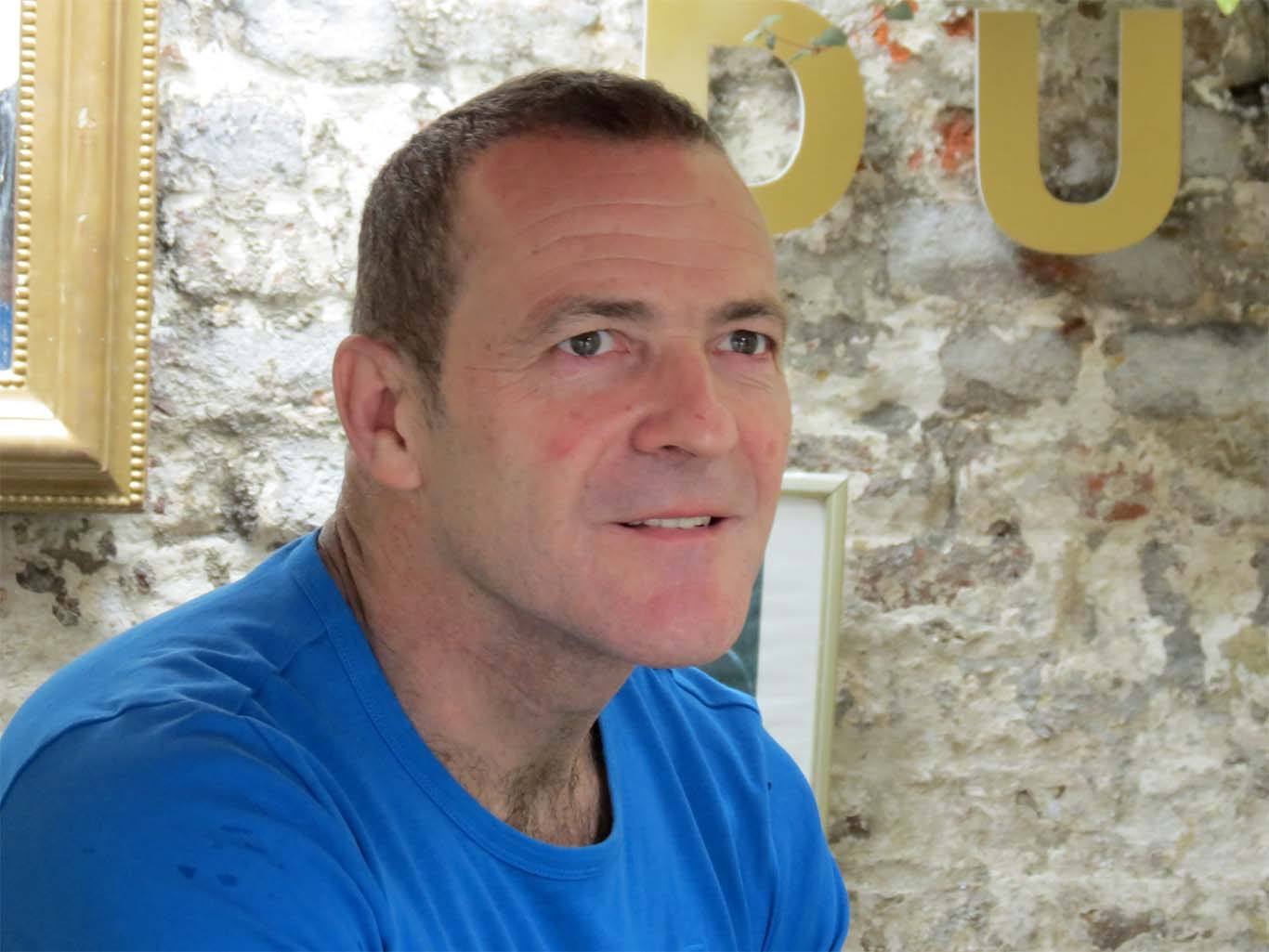 Stuart Clarke was born in Hull and has enjoyed a variety of professions including two seasons as a footballer for Torquay United, a spell as a nursing assistant and job as a bingo caller in Dawlish (but was sacked for telling jokes on the mic). In the 90s he started acting and founded his own company, Cordial Productions. His play about memories from the Great War, Voices, opens at Kentish Town’s Lion & Unicorn Theatre on April 7th.

What is your favourite sound or smell?
I miss the smell of my grandmother’s old house in Bolton.

When were you happiest?
Taking my children to Italy when they were young and doing all the daft things that I did. As a divorced father it was such a precious time as they grow up so quickly.

Where would you like to live?
On Dartmoor in Devon. It’s so beautiful in autumn: I have never seen such colours of gold and orange. Van Gogh would have had a field day.

What is the most important lesson life has taught you?
Never to think you have it cracked.

What is your earliest memory?
Petula Clarke singing Downtown.

What makes you unhappy?
Not being unable to tell someone you’re sorry for all the stupid things you said, and the things you never got the chance to say.

What is your guilty pleasure?
Sex once a year.

Who or what do you hate and why?
I don’t hate anyone as I’m a firm believer that it will work against you at some stage in life. I do despise cruelty in any form, especially against the vulnerable in our society. Sometimes humans are capable of the most horrendous cruelty.

What’s been your best experience? And worst?
My football debut as an eighteen year old at Torquay United in front of three and a half thousand people has to be right up there as I was following in my father’s footsteps at the same club. Worst was realising I wasn’t actually good enough and going back to work at Young’s Seafoods. It has however ensured that I am accomplished in all areas of sauce making. I even made prawn cocktail sauce for Marks and Spencer.

What do you most dislike about your appearance?
How long have you got?

What’s the worst thing anyone’s said to you?
After I got divorced someone said ‘don’t worry mate, things can only get better’. Needless to say things got progressively worse, and that voice of wisdom left his wife and became a manic depressive.

Tell us a secret.
I believe Adam only took the apple because Eve was naked. How could he refuse in that situation?

What has your career taught you?
That an actor will never grow old as they never really grow up.

What did you do today?
I’ve been at the Lion & Unicorn all day rehearsing my one-act play, Voices, that opens next week. I first devised the play in the late 90s and have since developed it using the poetry, letters, improvised dialogue and memories of the fallen, and those who survived the most tragic of conflicts. In its early conception it was introduced by the late Alf Razzell, a Great War survivor, alongside his wife Wynn. This new production is in his memory, and all those “lovely lads who joined with me, but never came home”, as Alf so poignantly put it.

Describe yourself as an animal.
Apparently I am like Caesar from Planet of The Apes. So I suppose the answer has to be a gorilla.