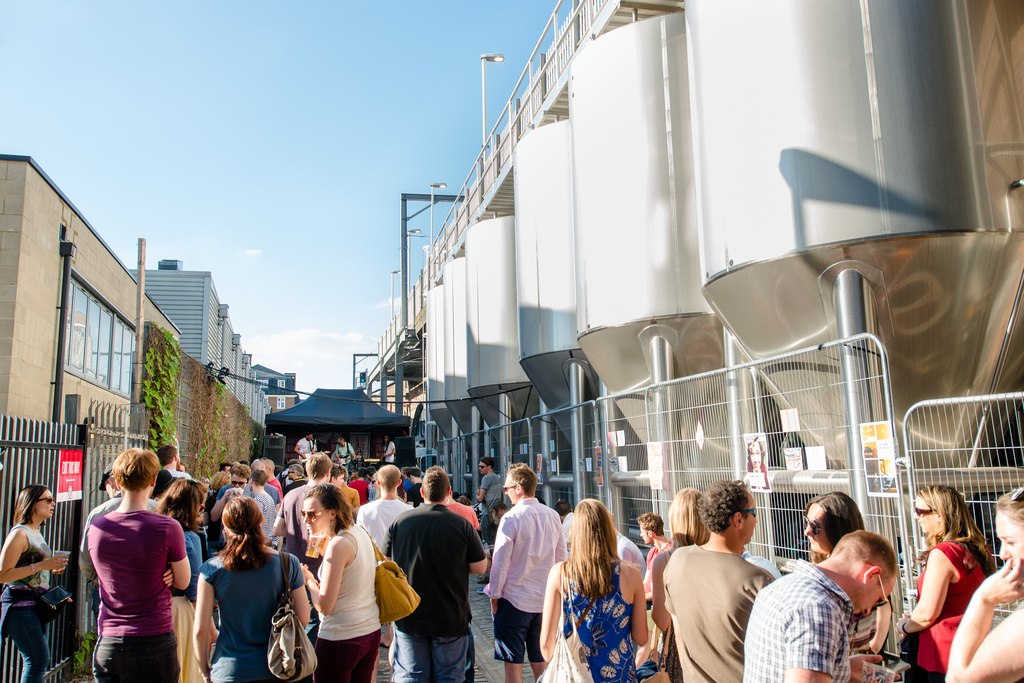 Video: behind the scenes at Camden Town Brewery

First-time filmmaker Alex Wilks stayed close to home for this fascinating short documentary. Watch it below

Camden’s history has always been linked to the railway and its creative spirit. Blend the two together and you get what makes the area so unique, as we saw with my post last week on the brilliant street art around the condemned arches of Torbay Street and Leybourne Road.

As a human rights lawyer working in places like Afghanistan and Brazil, I’d often crossed paths with documentary-makers and seen how important film is in getting across a message. So I thought that there was no reason why I couldn’t do the same, and decided on a foundation at the London School of Media, Film and TV in Euston.

As part of the course, each of us had to pitch an idea for a short documentary. Having grown up in Camden and Kentish Town, I was amazed at how the area is rapidly transforming, and interested in how its industrial heritage is providing spaces for a new kind of entrepreneur. But I just couldn’t think of a good story until I stepped out one morning, and realized that the answer was literally on my doorstep – Camden Town Brewery.

I just had to persuade the team there to let a completely novice film crew into the working brewery and shoot footage and interviews. The only solution was to walk in, order a pint, and speak to owner Jasper Cuppaidge. Fortunately, he was happy to help when I explained to him my reasons for shooting the doc, and so we agreed a day when I could come back with two fellow amateurs.

It soon became pretty clear that I couldn’t have picked a noisier place to shoot a first documentary – in a cramped brewery, underneath a railway station and opposite what was then the building site for Princes Park. Setting up tripods and booms over the pipes and beer vats was tricky and often comical – but thankfully all were extremely patient and friendly.

As we were learning, we each took it in turns to shoot, do sound and interview, and somehow we managed to take all the footage we needed in one single day. As we wrapped, what was most striking was not only how passionate Jasper and all the people working there are about making beer, but also how inventive and ambitious they are, always thinking of ways to improve and innovate.

What did I learn? Well, in addition to having a far better understanding about beer, and seeing how important locality is to its freshness, the best part was how ready to help for the brewery was, and how it genuinely feels part of the local community. Watch it, and I hope you agree.