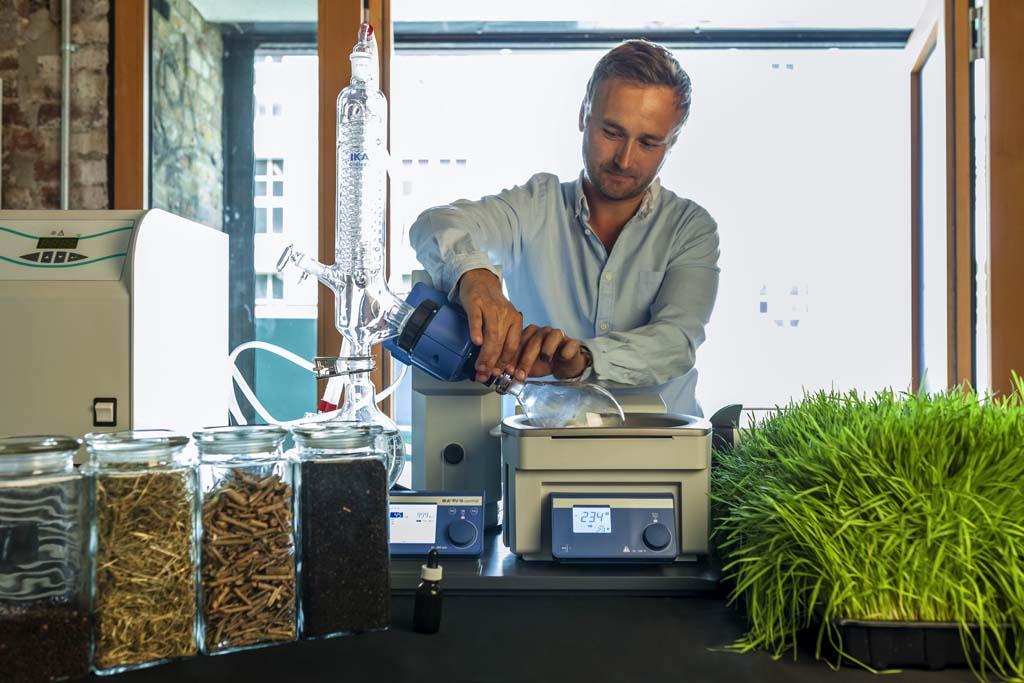 Camden Town’s industrial transport heritage is well documented; its impressive convergence of canals and railways, with stables, horse hospitals and turning sheds remain very visual reminders of that past.

Many of these structures have taken on a new cultural renown, repurposed into the designer-maker markets and music venues for which the area has since become equally famous.

But less well-known is what took place here in between, a period that saw the fortunes of the Goods Depot thrive, then crumble, and vast spaces such as the Roundhouse required to find a new commercial use.

For the best part of 100 years, vast swathes of the area roughly found between Camden Road and Chalk Farm stations were used for the distilling and warehousing of London’s favourite tipple – gin.

It’s a fascinating, if less immediately visible local history, beginning with W&A Gilbey Ltd taking over many of the area’s larger industrial buildings in the late 1800s. Here every stage of the production process took place – including installing towering copper pot stills, bottle washing production lines and bonded warehousing with an ultimate capacity of 800,000 gallons – transforming it into the largest drinks company in the world in the process.

Each day, a whole train piled high with crates of the good stuff would set out for the docks, destined to supply the insatiable foreign demand.

Kentishtowner reader Mark Holdsworth stumbled upon this all-but forgotten past, one that had been right under his nose on his daily canal towpath walk to work, at one of this century’s big global drinks players.

Keen to bring traditional distilling back to Camden Lock for the first time in over 50 years, he quit the corporate booze game and – fast-forwarding a year or so – this week launched Half Hitch, his own handcrafted gin infused with seasonal blends of Malawian black tea and Calabrian bergamot tinctures.

He produces in small batches, combining heritage still techniques with modern vacuum distillation for a 40% abv gin which, we can confirm after sampling a few different serves earlier this week, is delicately flavoured with a complex citrus freshness.

It is made in disused Victorian vaults located right next to one of the biggest former gin warehouses, the Interchange Building, and directly across the murky canal waters from the site of the former distillery on Jamestown Road.

“My dream has been to bring back distilling to Camden Lock,” says Mark, “and reconnect locals’ appreciation of the hard graft of a tremendous industrial era. The gin will hopefully stand the test of time and stay here forever.”

His launch comes at a time when Camden Lock Market is looking to rekindle its own, more recent history as a hive of on-site artisan craft workshops, rather than for cheap imported jewellery, t-shirts and carvings which later – unfairly – gave this original, much-copied urban market a bad reputation.

We may not see horses return to the canalside cobbles any time soon, but having worked on a stall in the Lock Market in his youth, Mark and his flavoursome local spirit may well turn out to be the torch bearer for an unstoppable return to other forms of traditional industry in this corner of NW1.

After 200 years of dramatic shifts in the commercial fortunes of this endlessly interesting district, the next chapter, complete with modern day attitudes of preservation and celebration rather than demolition, is possibly the most exciting.

We’ll certainly raise a Malawian tea-infused Martini or two to that. In fact we already have.

More info on buying or stocking Half Hitch via the website.

Read a short history of gin in Camden. Further info and beautiful images can be found in Camden Goods Station Through Time, by Peter Darley. Find out more about the book.