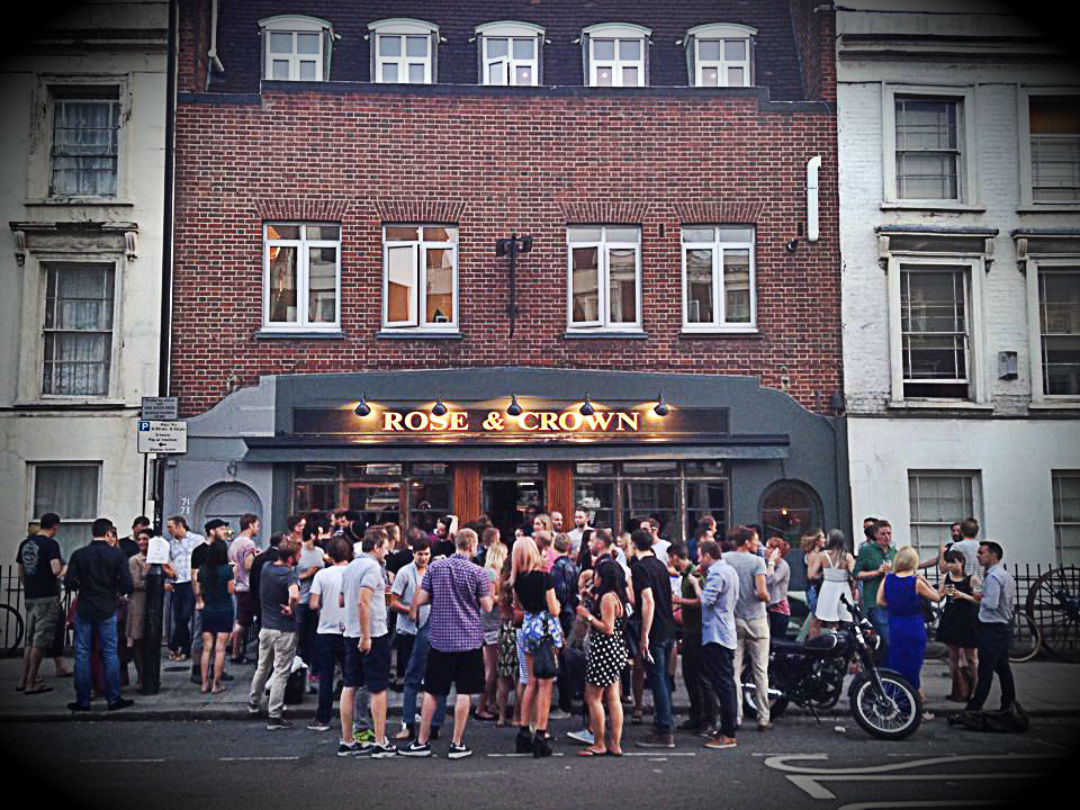 It opened earlier this week. And the former Torriano bar looks set to be a real east K-Town hub

Were you at the launch of the Rose & Crown on Torriano Avenue the other night?

Idling away a post-work hour or so in the nearby Lord Stanley, expecting the opening to be a low-key affair, we couldn’t quite believe quite how many eager punters had thronged the pavement by the time we arrived at 8pm.

Still, great that the owners have hundreds of friends and supporters. And even better, as we said last month, they seem the right fit to carry on the former Torriano’s tradition as a shabby-chic watering hole. (Heading up the new team, incidentally, are Chris Hurd (ex Old Queen’s Head on Essex Road and Paradise by Way of Kensal Green) and two brothers, Theo and Ben Caudell.)

So what’s the skinny, interior-wise? Why, “rough luxe” of course, with stylish industrial pendant lighting, cosy nooks and artfully distressed walls. The outside benches remain (given a lick of paint), and the micro sunken rear garden is bright with new plantings. But other than that, it’s recognisably similar, just quite a bit fresher.

Most exciting is a slew of good quality beers, lagers, ciders and ales on tap including Anchorstream, Beavertown, Weird Beard Kentish Town, Titanic Stout, Orchard Pig and Brew By Numbers. For the less adventurous, old faves Brooklyn Lager and our very own Camden Town (Hell’s and Pale Ale) are also on draft.

We missed the food offer on Wednesday, a streetfood outfit called Fatty Chans; for the foreseeable it’s all about pop-ups in the garden, while the boys await planning permission for a kitchen. So expect something different most days while they trial vendors.

Finally, they need you. “We currently have three weekly comedy nights,” says Ben, “Tuesdays are TNT, Thursdays Freedom Fridge and Friday is Panda Riot, and hope also to include live music events soon. But we’re interested in speaking to any music promoters interested in hiring the downstairs space, so get in touch.”