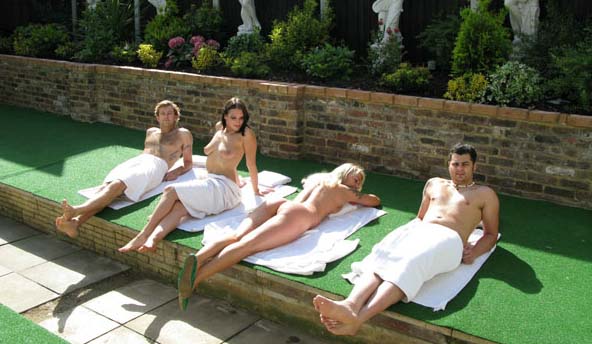 I was born in Liverpool. After leaving the navy, I owned a fruit and flower shop on Anglers Lane, before becoming the general manager of Rio’s for just over 13 years.

This proved to be a massive eye-opener for me. The spa began back in September 1989 after owner Trevor went on holiday to Europe and saw how big naturism was. Nowadays Rio’s is probably the most talked about venue in Kentish Town, if not London, and holds a unique reputation.

Many articles published, including author Suzanne Portnoy’s memoirs, make Rio’s look like a seedy venue which I believe is far from the truth, and infuriate the vast majority of my customers. Where else can you go and experience naturism, three steam rooms, two saunas, swimming and plunge pools, secluded summer garden, Thai or Swedish massage, free teas and coffees (served by beautiful hostesses), as many towels as you need, sleeping areas and relaxation rest rooms? This is all on residents’ doorstep.

And that’s why it works. Kentish Town is like a village which the people have created. It was my home for 21 years; and, having to leave for a family issue back in Liverpool, I sincerely miss the family community and my friends.

But there were so many memorable moments during my time in NW5, it’s hard to know where to start. For example, I married a member of staff (and later divorced her). And I was always telling my close mate Michael from Flaxon Ptootch next door to stop jumping over the garden fence and sneaking in.

Funniest of all? I asked a customer to cover himself up as I thought he had three legs. But that’s another (long) story…

This is box title
Appetite whetted? Read Suzanne Portnoy’s memories about Rio’s. You may also have missed the revealing account by a former waitress here. For more info on Rio’s including admission charges head to their colourful website.

Are you a regular? What are your experiences?