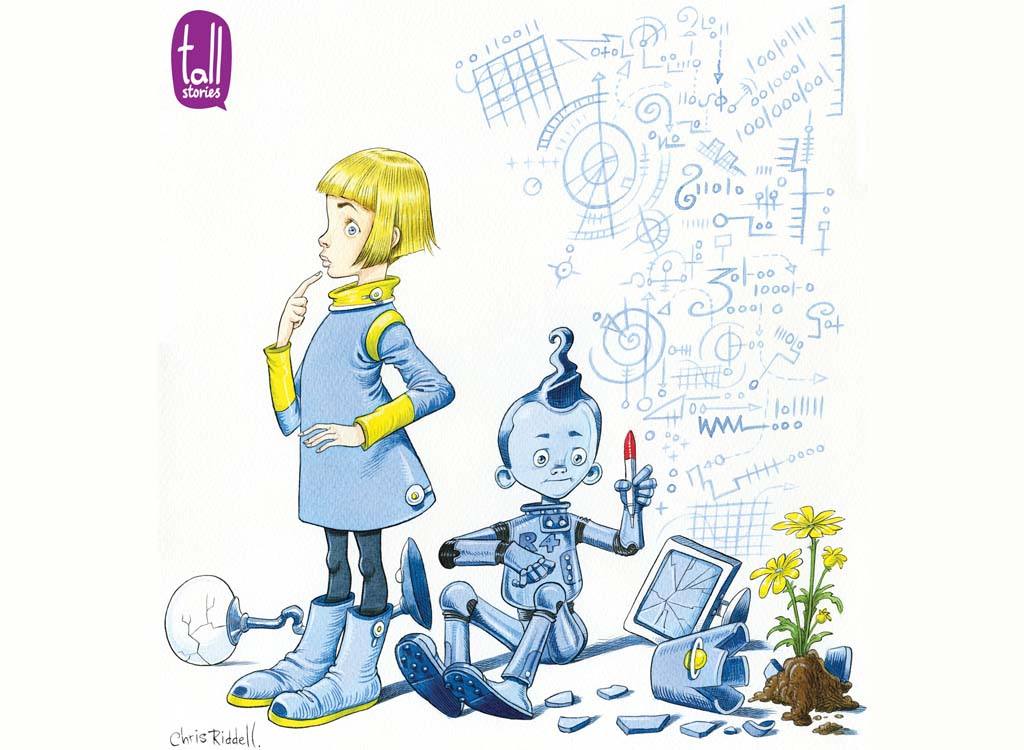 Gone are the days when taking the kids to the theatre or cinema meant an excruciating test of boredom/patience threshold for the parents. This new Christmas production at the Roundhouse – by prolific children’s theatre company Tall Stories – is very much the product of a post-Toy Story world, where a remarkably sophisticated theme is laced with enough physical comedy and song to appeal to both ends of the family age spectrum.

And so my youngest daughter and I were treated to a polemic on the contradictions of technology in a not-to-distant future, plus some damning commentary on workaholic parents, over-protected children, modern education and human needs. Phew, and I thought we’d just be shouting “he’s behind you!” for 40 minutes.

The scene is set when a distracted, inventor father attempts to build the kind of robot that would fulfil his daughter’s longing for a sibling. It’s quite a complex opening to the storyline for the younger audience members, but keeps them interested via some old fashioned slapstick.

The play’s inspired moment comes when the new robot is programmed to learn by example, and starts to copy everything young Bobbi says, does and gesticulates. That game is one every child knows and loves, as it’s so deliciously, teeth-grittingly annoying for adults. So while they guffaw, we ponder the machinations of Artificial Intelligence.

The show was produced with the help of the Adaptive Systems Research Group at the University of Hertfordshire so again, what we see here is far from mindless pre-school sci-fi nonsense. The only area I felt was a little fantastical was being asked to believe that 30 years from now, interactive 3D glasses would be as far as media technology had come.

As a reminder that this was intended as a day out for my little one, the final act sees some more traditional mild peril and father-daughter bonding for a neat happy ending. As we wandered out, it was impressive how many of the adult themes had got through to the kids, excitedly nattering about what they had just seen.

The play might portray our wired modern society as often dysfunctional and distant, but with work like this successfully engaging 4-year-olds, I’d say the future is bright.