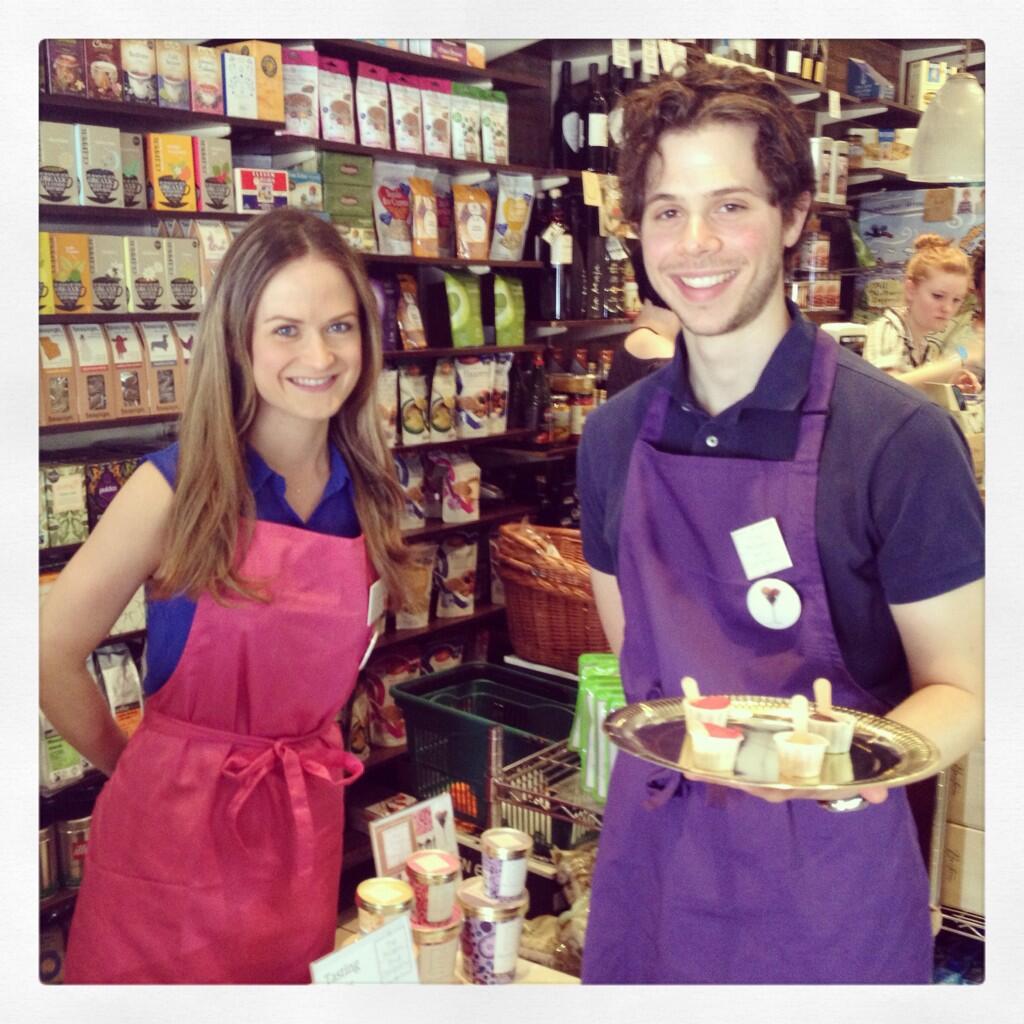 Hubby and wife team Michael and Victoria Philippou own and run The Frozen Fruit Company. Previously both were City lawyers, but quit their high flying careers this summer, moved back in with Victoria’s parents to save cash and took the plunge, launching their range of soft but fruity desserts that are dairy, gluten, fat and additive free. The almost-guiltless puds started off in a handful of delis, including the couple’s local one, Earth Natural Foods, yet have already picked up accolades and awards far and wide.

When were you happiest?
When we are together, which is pretty much all of the time. We know that sounds mind-blowingly sad, but it works for us. In the last two years we have probably spent about two days in total apart.

Where would you like to live?
Somewhere with big open spaces, green areas and great views…in short Kenwood House would be nice, but we think the local authorities may have something to say about that. That said, there is no place in London like Camden. Where else can you have a hill with the best views, a street market to envy and every cuisine in the world – within a one mile radius?

What is your favourite sound or smell?
The now sadly missed the late night falafel stand at the end of our road. Coming back from a night out to the sounds of people surrounding the stand and the smells of falafel wraps was always a happy greeting.

What is your greatest life achievement?
Work in progress…but hopefully The Frozen Fruit Company.

What is the most important lesson life has taught you?
To be humble. In our previous lives we were both City lawyers, but got fed up of this and decided to start The Frozen Fruit Company. Starting a business from scratch is definitely a humbling experience. We moved back in with Victoria’s parents and back into her childhood bedroom. Your view on life and money definitely changes when you’ve gone from well paid City jobs to not being on a salary at all. To be honest it is the best experience we’ve both ever had, and job satisfaction worth every penny.

What is your earliest local memory?
Victoria: I moved to Kentish Town West from a much quieter part of London when I was eleven. I remember being overwhelmed by how thriving the area felt. I loved the hustle and bustle and that there was so much to do nearby.

What simple thing would improve your quality of life?
Mike: A marital bed that isn’t a sofa-bed. At the time it seemed like such a good idea.

What is your guilty pleasure?
An E.Mono kebab. Simple and delicious.

Who or what do you hate and why?
Grapefruit is the one fruit we both dislike, so no chance of The Frozen Fruit Company creating a grapefruit version.

What’s your best experience?
Victoria: Mike proposed to me at the top of Primrose Hill, something he still thinks was a bad idea. Not the proposal, but walking up a steep hill prior to carrying out one of the most nerve wrecking experiences of your life in front of a crowd made for a very breathless experience.

What do you most dislike about your appearance?
Mike: A mole appeared randomly on the end of my nose when I turned 21. This is possibly the thing I moan about most.

What’s the worst thing anyone’s said to you?
“So you are brother and sister?” You would not believe the number of times we get confused for siblings rather than spouses. It is so common we are not even shocked anymore.

What has your career taught you?
To drop it all and change careers if you are not happy.

What is your favourite dish and why?
A Greek meze, because you don’t just get one dish.

What did you do today?
We ran a tasting session for our frozen fruit desserts at Pomona in Belsize Park.

Describe yourselves as animals.
Monkey (Mike) and cat (Victoria). Strangely enough this is not based on our opinions. When we did an MBA a few years ago we had to carry out a similar exercise characterising each classmate as an animal. Overwhelmingly we got a monkey and a cat, but we’re still not quite sure why. At least it is not as bad as being a slug and a moth.