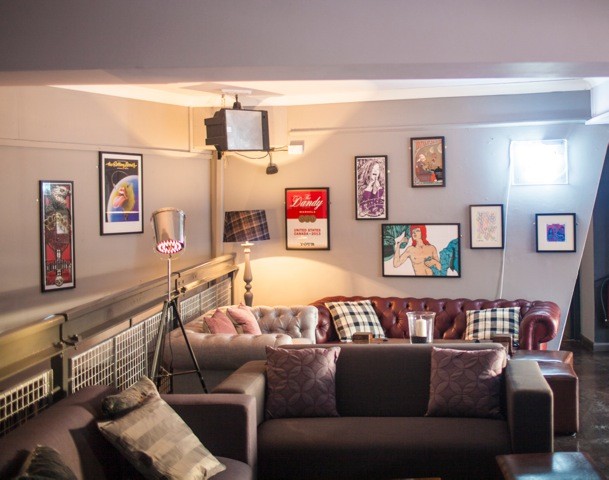 Many of you will have heard by now about Record Club, which opened its doors on Kentish Town Road late last week. The owners claim their new members’ club is a “Camden first”, with a “rock ‘n roll royalty committee” that includes Roger Taylor (Queen), Chas Smash (Madness), movie star Sean Bean and comedian Rob Brydon.

The brainchild of owner and Music Walk of Fame guru, Lee Bennett, Record Club has taken over the space near Sainsbury’s that was previously Camden Rock (and prior to that, WKD). Following an extensive refurbishment, the USP is that it’s now a “haven” for the area’s “thriving creative community”.

“Record Club will give their members the options to meet a client over afternoon tea, a cocktail with friends, live music, or a big night out dancing to private sets from the world’s biggest DJs and musicians,” says Bennett. “Members will also be invited to attend guest talks, private screenings and our desert island disc style DJ sets.” The cost of all this? £200 a year.

We popped down to have a snoop. It’s a bigger space than you might expect, with three distinct, quite industrial areas: the main bar, with its chrome stools, grand piano and Chesterfield sofas; an outside space with tent-like covered area and picnic tables; and upstairs mezzanine lounge, the interior an eclectic mish-mash of styles.

But alas, on a Thursday night at 9pm we were the only customers, so slinging back a quick cocktail (a Hemingway Daiquiri, quite zingy, a “special offer” at a fiver) we decided to jump ship for the more homely pleasures of Tapping The Admiral.

So, will you be signing up? And is this the right concept for Camden Town?

This is box title
For more info on how to go about joining Record Club head here.