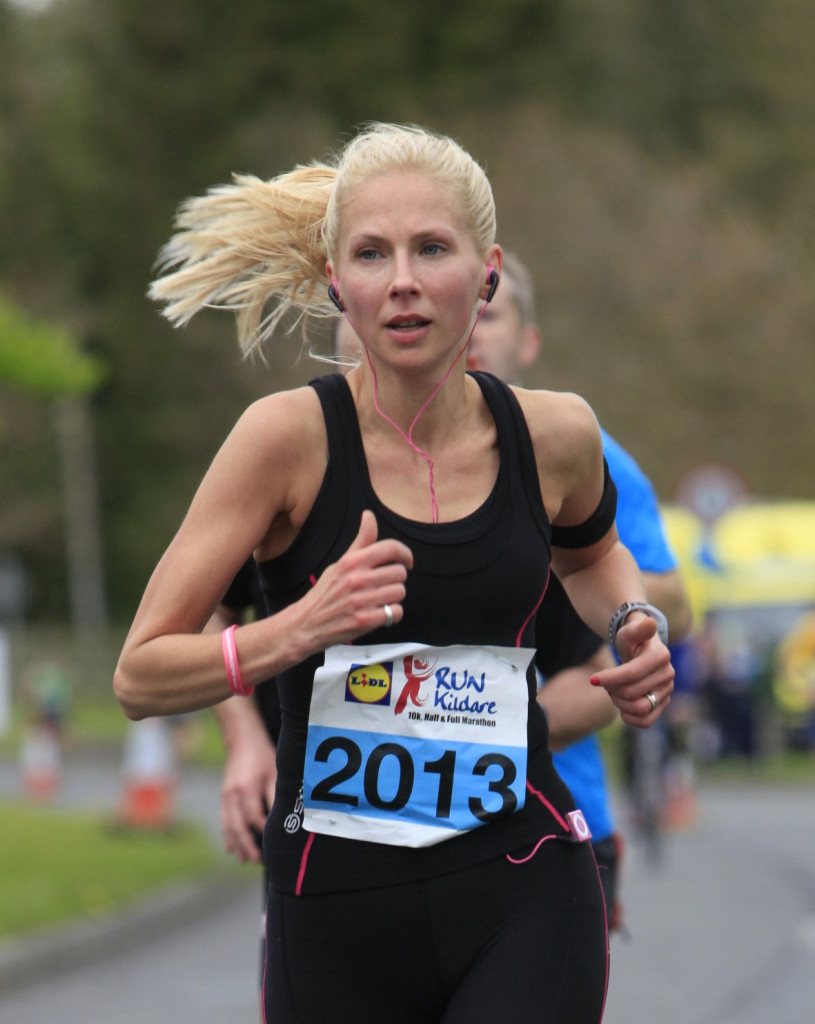 I began running three years ago after having children, looking for a cheap, convenient and relatively uncomplicated way of getting fit.

And I knew the facts. Yes, running is free (aside from a decent pair of trainers and a good sports bra), and you can do it anywhere. Yes, you don’t need any fancy equipment and you certainly don’t need to learn any new skills. And yes, there are the well-trodden health benefits: strengthening the heart, bones and ligaments, increasing lung capacity, and burning more calories minute for minute than most other forms of cardiovascular exercise.

But, recovering from surgery and suffering with post-natal depression, it was the symbolism of running that appealed to me most, the temptation to pull on my trainers and just run away from both the chaos of two small children – and that inside my own head. As a mother, I was seduced by the thought of the mental space I might have were I to take up this thing that I had previously considered so unfeminine.

The first time I tried it – two miles of jogging and walking, uplifting music blasting out on my iPod – the feeling of liberation was as incredible as the exercise was hard. Instantly addicted, I quickly began to notice an improvement in the distances I could run before having to slow to a walk.

There is no doubt that I have seen a huge physical change in myself since becoming a runner, but the greatest benefit has been to my mental wellbeing: as someone who has suffered from repeated bouts of depression, running is the most potent anti-depressant I know. It is my therapy: there is no greater freedom than setting out into the unknown to push yourself to the limit, everything you need for the next couple of hours stashed conveniently about your person. And there is no drug that compares to that perfect storm of endorphins, adrenaline and increased blood flow to the brain that is known as “runner’s high”.

Of course, there can be a downside to running. I would be the first to admit that sometimes my passion for it gets in the way of family life. Training for a marathon, I might run upwards of 60 miles per week for 18 weeks, and will often disappear for hours at a time on a twenty miler on a Sunday morning, all of which places a huge demand on those around me. But my children (now five and seven) have embraced my passion wholeheartedly and are, in fact, my biggest supporters; being a positive influence on them, I think, makes it all worthwhile.

It took me a couple of years to build up the confidence to enter a race, but once I did, I discovered that there is a whole wonderful, supportive community out there. The only person any runner actually cares about beating is themselves, which makes it extremely un-competitive as a sport, and people of all abilities are heart-warmingly encouraging of each other.

It came as a surprise to me to find that the marathon – the holy grail of running – is actually fairly attainable. Training for and running in my first marathon last year was one of the most life-affirming experiences I have ever had.

And in what sport other than marathon-running can normal people like you and I actually take part in the same race as legends like Paula Radcliffe or Mo Farah?

If that’s not a great reason to reach for your trainers, I don’t know what is.

Now, about those trainers…

Ace Sports has been a Kentish Town staple since the 1980s and moved to its current Fortess Road home in 2010. Last year writer Robert Brighouse met its owner Nick here to discuss how he started, rising rents, the rise of the “pile ‘em high” merchants like Sport Direct and the growth in online shopping. Read the full feature here. Stephen Emms

This is box title
Enjoyed this? Try Meredith’s blog The Inevitable Runner here.

Where do you run? The Heath or Regent’s Park? Canal or riverside? Share below.