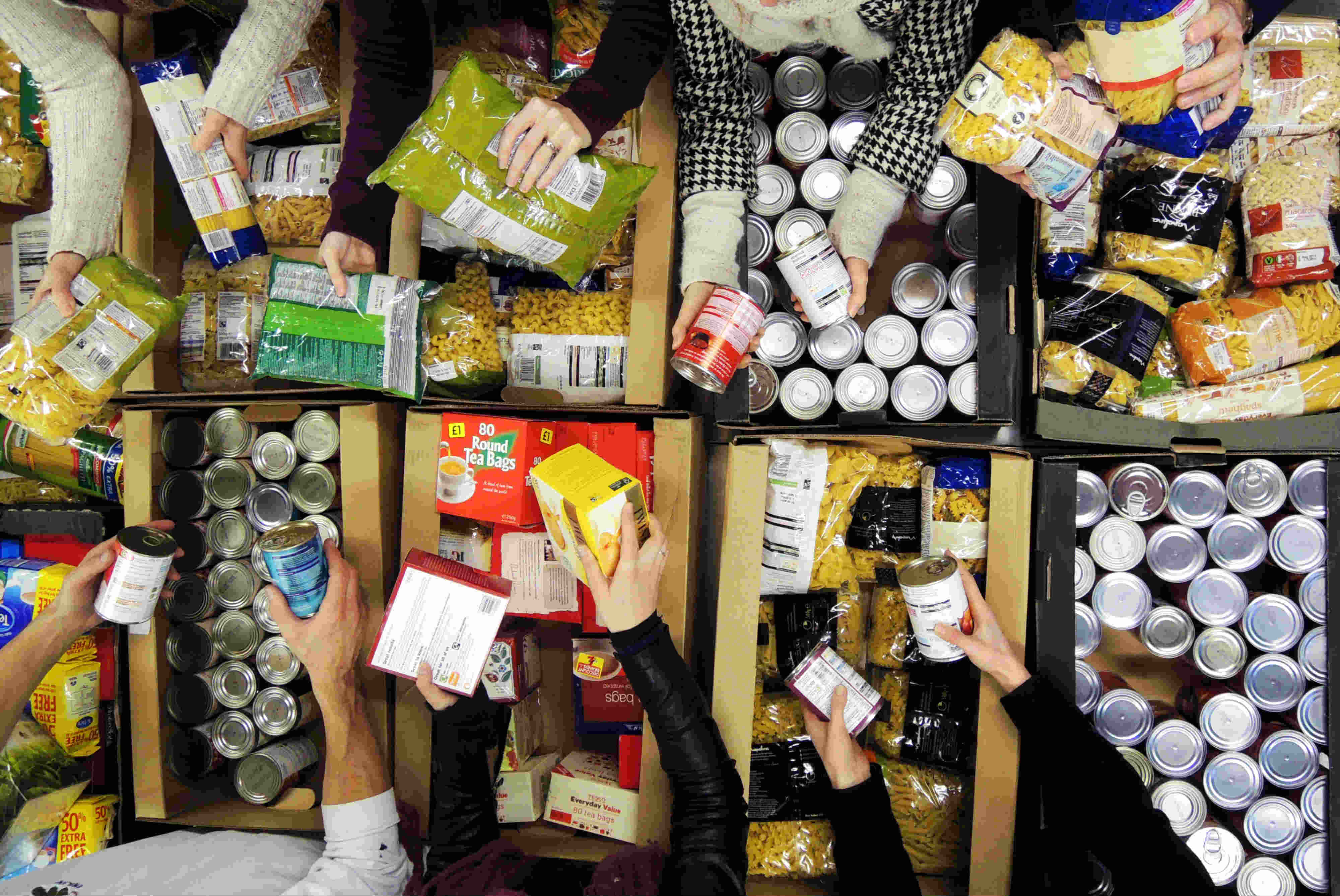 Why It Matters: a foodbank on our doorstep

[quote] So a tragedy of 21st century Britain has a small silver lining: foodbanks are community driven” [/quote]

2012 wasn’t just about the Olympics. It was also the year that eating, cooking, foraging, and growing seemed to dominate our national psyche, and certainly in well-to-do pockets of London such as ours, great initiatives have sprung up. We now have more farmers’ markets, pop-ups, street-food festivals and restaurants than ever before. Or at least it seems that way.

And yet, something else happened too in 2012. More people in the UK, and in foodie fabulous pockets of London such as ours, are struggling to put food on the table. Last week the Trussell Trust, the Christian charity that operates a UK-wide network of foodbanks, reported that in the capital alone, there’s been a 180% rise in the last year of people receiving three days’ emergency food: 42,064 people in London in 2012-13, compared to 14,569 in 2011-12. And that figure was recorded before the latest round of government welfare reforms that will see many people receiving further cuts to their benefits. Across the country, three new foodbanks are opening every week. When might we see one in Kentish Town?

The UK’s economy is the seventh richest in the world, but we’re also now introducing food-stamps. Knight Frank and Citibank’s influential wealth report shows London as the most important global city now and in 2022, but a London Assembly survey of teachers last year reported that around five kids per class were not eating any breakfast and most teachers have fed children out of their own pockets.

This can’t be our idea of a rich city. The only positive is that we can do something about it. Foodbanks are community driven with an estimated 30,000 volunteers giving their time across the UK. Over 370 tonnes of food was donated by the public in London in 2012-13. Our nearest foodbank, tucked away in the heart of the ghetto of wealth that is Primrose Hill, is run every Saturday morning between 11-1 in the Chalk Farm Baptist Church.

Set up a year ago and managed by volunteers from the North London Revelation Church (held in Haverstock School), the Chalk Farm foodbank offers a warm and welcoming atmosphere, a coffee and friendly person to talk to for anyone who goes there. Foodbank recipients are given a voucher by a ‘frontline care professional’ such as a doctor, social worker, CAB, Jobcentre Plus or schools liaison officer. In practice, this means local people coming to the foodbank to receive specially prepared foodboxes containing at least three days’ supply of non-perishable foods such as tinned fruit, vegetables, meat and fish as well as pasta, cereal, UHT milk, sauces, tea, long-life juice. The Trussell Trust works with dieticians to ensure that foodboxes are nutritionally balanced.

Sammy, who commutes every weekend from Stratford to volunteer at the Chalk Farm foodbank, said they feed “about twenty mouths a week at the moment. Since the turn of the year it’s picked up quite a bit – it’s just starting to build momentum, people know we’re here, and we’ve got more voucher distributors signed up. We’re giving out quicker than we’re getting in. The average single parcel is 10kilos, so feed twenty mouths a week requires 200 kilos.”

Who comes to the foodbank? In theory, people can receive a maximum of three vouchers in a row to discourage reliance, although longer term support is available at the discretion of the foodbank manager. “One thing that has surprised me is how open people are,” said Sammy, “when talking about their current situation. A lot of it is delayed benefits – or people who’ve had an injury and can’t physically work.”

With no government funding, over 90 percent of food received by the Trussell Trust is donated by the public. Sammy told me that they’re building up links with local supermarkets, and running successful events such as a ‘trolly push’ in Bloomsbury Waitrose, as well as welcoming local residents who just wish to drop off some extra food they may have purchased through a three-for-two offer.

Simon Watkinson, a member of St Luke’s Kentish Town organises food collections from Kentishtowners who want to contribute. “We started collecting just before Christmas and then pushed it again just afterwards,” he says, “as there’s always so much going on in December and we didn’t want anyone to forget. The way we have set it up is really simple, just having a box at the back of church which people can come and drop items into at either of our Sunday church gatherings.”

The big question is how long will this situation last? Simon is philosophical. “The reasons that people need to the access the service are many, varied and complex, as are the solutions. A national reduction in unemployment would help people put food on their tables, but the numbers of people who are in work and still struggling are staggering and so the response needs to go further. Frozen wages, rising living costs and very high rents, especially in London, are conspiring to put more and more people and their families closer to the breadline. National political decisions are undoubtedly going to be a big factor in preventing the issue continuing and worsening, but in the meantime we’ll keep doing what we’re doing for those who could currently use a helping hand.”

So a tragedy of 21st century Britain – that even people in work are unable to afford to eat – has a small silver lining: foodbanks are community driven, and so a meaningful way for people to make a real difference to their local area, to help their neighbours or give local children a better chance to thrive. Enjoying food should be a right, not a privilege.

To donate to Chalk Farm foodbank, either drop in any spare items at St Luke’s Osney Crescent, NW5, on a Sunday morning, click here or call or 020 7483 3763

1 thought on “Why It Matters: a foodbank on our doorstep”