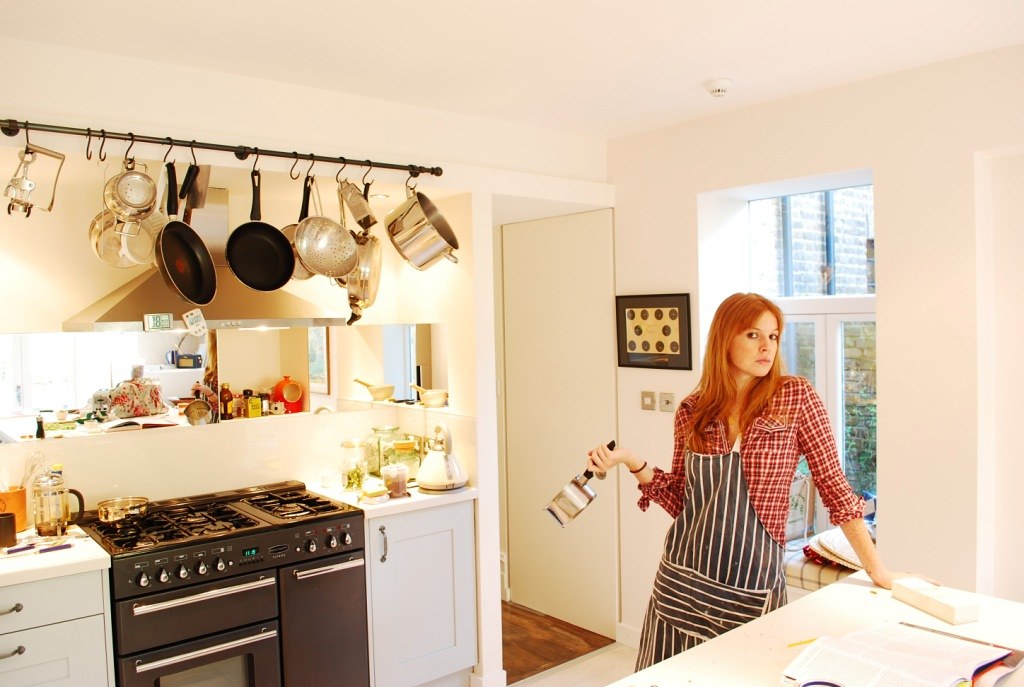 In about mid-February I get an attack of “Spring Hope”, which is when I start believing that Spring is “just around the corner”. I keep saying to everyone “Spring is nearly here! I can smell it!” only to look a fool when the temperature keeps plummeting to minus 3 and it snows for the whole of March.

My Spring Hope has arrived for me early this year as back in October I delivered the manuscript of my book, based on my food blog Recipe Rifle, and I have pretty much been twiddling my thumbs ever since, sitting out the endless rain.

Winter takes on a new dimension of horror when you have children: I have one, Kitty who is nearly two and another due in May. Pre-children, bad weather was an excuse to stay in bed, reading a spicy novel and eating Turkish delight.

With any under-5s it means norovirus, too much telly and the stench of exhaustion and boredom everywhere. The easiest way to entertain children is outside, where they can’t break anything and they can bring themselves to their knees by running round and round and screaming for no reason. But even an energetic toddler will turn his nose up at a grim, windswept, deserted playground.

Last winter, when Kitty was not yet one and I was still a tragic novice mother with no clue and no friends, (NCT failed to provide any kindred spirits), I would dutifully wheel Kitty to the swings at least once a day and wonder where everyone was. We’d have a little swing, decide it was too cold and go home again, like two sad little vagrants.

This year, I am no-one’s fool. I know now, for example, about Talacre, the indoor play centre tucked behind that baffling new development off Dalby Street. Sure, the Talacre ticketing policy is Kafka-esque in its permissions and restrictions, but I don’t know a toddler who doesn’t go mental for Baby Gym and Treetops. It’s the kiddie equivalent of The Bull and Last.

This may not be strictly true, but it’s how it felt – like in the summer wondering where all your friends are and finding out that they’ve all gone on the same villa holiday without you. You know? Or did that just happen to me?

Anyway, so far I have found one friend and she’s been a lifesaver on those long, cold, dark afternoons. I confidently told her the other day that I thought that Spring was nearly here – and she didn’t even laugh.