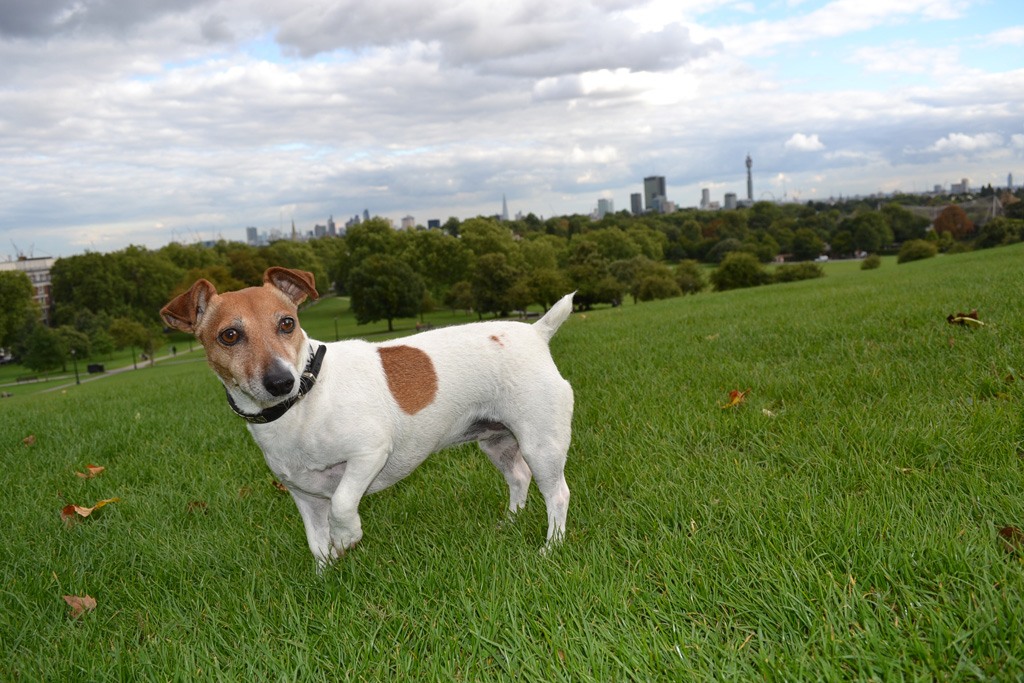 Why It Matters: Protecting our dogs from dangerous dogs

As a supposed ‘nation of dog lovers’ we must campaign against an outdated law that says our dogs are not worth protecting from other, violent dogs

On Saturday our 7 year old Jack Russell, Pepper, was savaged for the second time in just over a year. This unprovoked attack, by two Staffordshire Bull Terriers off the lead, took place in leafy Highbury Fields.

She was bitten in five places, from nose to armpit and hind leg, with two punctures, including a deep one on her neck (below left) that, the vet told us, ‘just missed her lung’. She was so terrified during the ordeal she emptied her bowels. She had to be given morphine for her distress; she is recovering now, on painkillers and 2 courses of antibiotics.

Luckily there was a very kind witness, who is happy to testify, although under present law that testimony is little more than useless. And what’s shocking is that these two dogs and their owner, in his early twenties, were known to the park warden and other users. On a typical weekday afternoon, the man sits, smoking a joint, dogs guarding his side.

We registered the attack with Islington police. Polite though they were, they repeated that it’s a ‘civil’ issue (like domestic argument, or row with a neighbour); that, in keeping with the Dangerous Dogs Act 1991, it only ‘matters’ if the dogs show signs of being dangerous towards humans.

‘Did they look like they’d actually attack you?’ asked the friendly policewoman. I wasn’t sure. ‘We’ll get safer neighbourhoods to look into it,’ she said. OK: bye then.

This wasn’t the first time Pepper has been mauled. Just over a year ago, on a cold March evening, she was attacked by two huge Rottweilers on the Kent coast. They came out of nowhere in a vast field rising up behind the sea – one took her neck, the other her leg, and the two animals pulled her like a rag doll. It was a bloodbath.

The resulting injuries were so bad that she lay dying on the vet’s table (left). I was told she would have to be put down, although, if we were insured, the vet hospital would attempt ‘open heart surgery’ (almost impossible on a small Jack Russell). The chances of survival were minute – but miraculously, the operation was a success (see main pic, taken in hospital.)

We reported this horrific ‘left for dead’ attack to the ‘dog division’ of Dover Council (shortly afterwards axed in the cuts). I emailed them photos of the owners and the dogs. Yet no-one – dog warden, insurance company, police, even the local paper – attempted to trace rottweilers or owners. The vet bill was nearly £3000. Our insurance covered it, yet we still had to pay 10% for the privilege.

So why are dogs like these allowed to continue to be off-lead? Muzzle-less? Why are the owners rarely penalized? Why doesn’t it matter to the government if a violent dog attacks your innocent dog?

‘What we need to introduce is the normalization of muzzles,’ said the locum at Abbey Vets in Kentish Town, who administered Pepper’s treatment on Saturday. ‘Muzzles on dangerous dogs period. These are essentially big carnivores. We need more power as vets to decide how dangerous a dog who has bitten is, and whether it needs to be put down. Any dog has the potential to be dangerous: and with some owners it’s a status thing, an aspect of dog ownership that has to disappear.’

So Theresa May, shall we introduce decent dog legislation? The Dangerous Dogs Act of 1991 banned pitbulls, Japanese tosa, fila brasileiro, dogo argentine and, vaguely, ‘any dog known to be bred for fighting.’ It was amended in 1997 to allow judges leeway in its interpretation – but this actually magnified its very weakness. And the crucial fact is that it only protects humans from dog attacks – not other dogs.

The excellent Dangerous Dogs Act (DDA) website is campaigning for a better law. Its author, known only as Dave, says on the site: ‘The obvious trouble is that the list is at the mercy of the Secretary of State. There doesn’t need to be any parliamentary debate. New breeds can be added any time. So there is no democratic representation of the views of the many involved parties – such as vets. A Home Secretary chasing votes in a general election might feel need to add to list of banned breeds to curry favour – being seen as a man of action, whilst sending thousands of dogs to destruction.’

So what’s the solution? Dog licenses were a failure last time round (widely ignored and finally abolished in 1987 – at which point they cost 37p). My knee-jerk emotional reaction to Pepper’s latest attack is to enforce leads and muzzles in public for all so-called ‘dangerous’ breeds: Staffs, rottweilers, Dobermans, German Shepherds, Mastiffs etc. And to enforce that no dog should be off-lead on any kind of road. (Did you know that Section 27 of the Road Traffic Act 1998 states that ‘a person who causes or permits a dog to be on a designated road without the dog being on a lead is guilty of an offence.’)

Yet DDA argues that the breed plays ‘no significant role in propensity to attack. Breed specific legislation is misguided. There are only dangerous and irresponsible owners.’ Which, of course, only underlines deep societal problems. If we’re dealing with posturing and cowardice, what do we do with those young men (and it’s nearly always men) who encourage their dog to show aggressive tendencies? ‘You should have picked her up,’ shrugged the owner of the Staffs to us, after the attack, before scarpering.

‘Had a law been formed with due consultation of dog behaviourist experts, vets and other interested parties, Parliament would have been far better informed about real issues surrounding dog attacks, ‘ says Dave from DDA. ‘We might now have a sensible law that assists in protection of public and is easily enforceable instead of the mess that is the current act.’

So most people – including, it seems Defra, who have issued a ‘public consultation on possible changes to the law – agree that the best idea would be to repeal the Dangerous Dog Act and construct a better law not based upon breed specific legislation, but rather upon actions of dogs and owners. Shouldn’t irresponsible owners be penalised for dog-on-dog attacks, if there is a witness and clear photographic evidence? A cash fine and muzzling at the very least?

We’re fortunate that London is full of wonderful parks and open spaces – but we should be able to walk our dogs in peace. We should not have to accept that our family members (every dog owner considers their pet a child) may get attacked with great distress for ourselves, and no consequence for the criminal owners. As a supposed ‘nation of dog lovers’ we must campaign against an outdated law that says our dogs are not worth protecting from other, violent dogs (whatever their breed). Are you with us?

The park warden promised to call us back with an update. He hasn’t yet. It’s unlikely the owner will be reprimanded – but we’ll keep you posted.

So what should the Dangerous Dogs Act be replaced with? And should the law be based on deed not breed? We’d love to hear your thoughts. If you are a dog owner or dog lover, please support us and Facebook, Tweet or repost this feature. Add your name below. Let’s get a dialogue going.

51 thoughts on “Why It Matters: Protecting our dogs from dangerous dogs”

51 thoughts on “Why It Matters: Protecting our dogs from dangerous dogs”