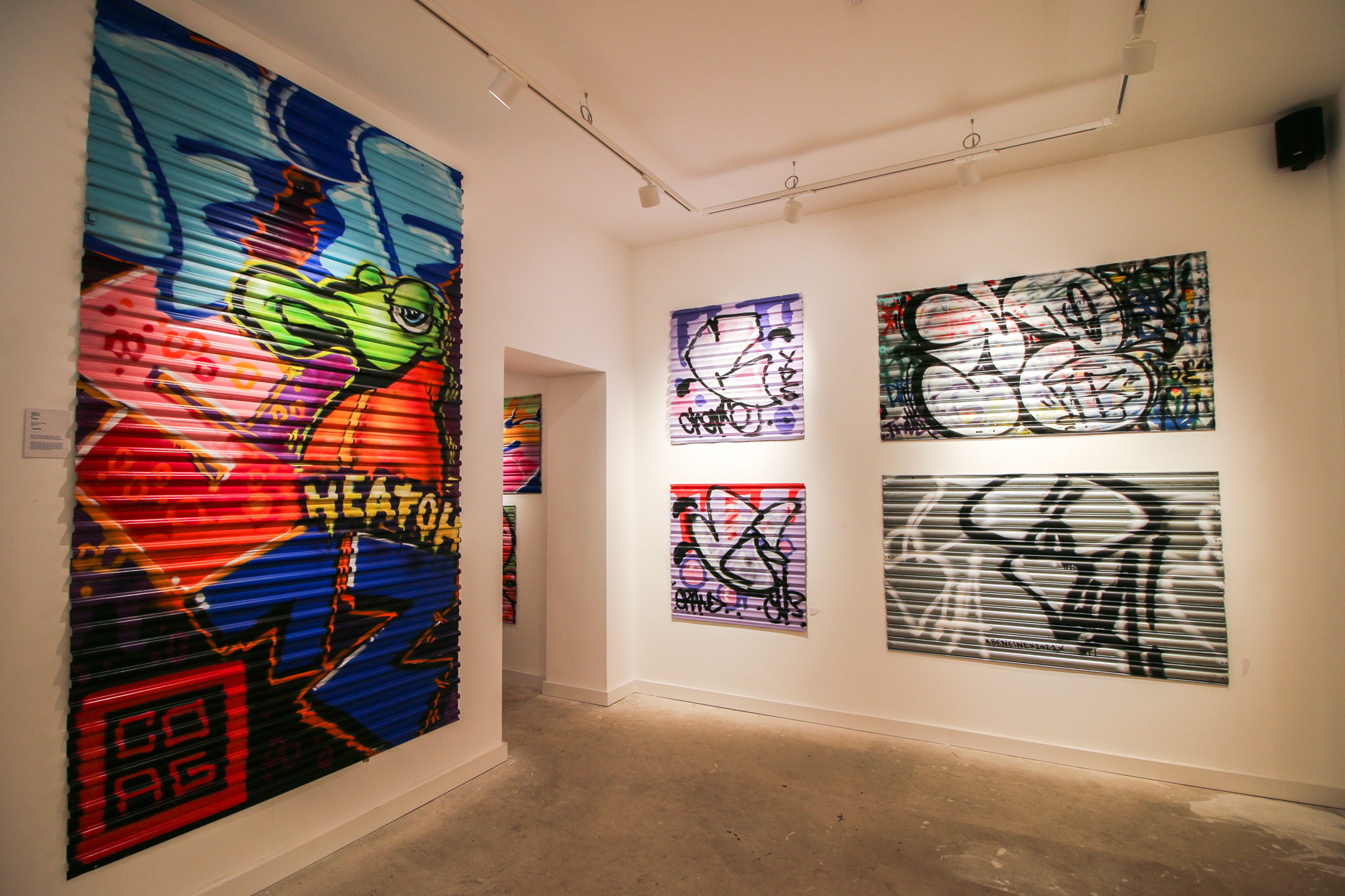 Featuring the works from 25 of London’s most respected graffiti writers, this Camden show illustrates the history of UK graffiti culture

Earlier this year we told you all about Finn Brewster, the enterprising young bloke behind Camden Open Air Gallery (COAG). You might remember he launched it this year to brighten up NW1 after the centre of Camden was left a ghost town by the pandemic.

And if you’ve ventured across the neighbourhood, the chances are you will have passed many of the art works, but for the last couple of weeks they’ve been curated collaboratively by COAG and Camdemonium, a collective of artists that includes PiC, Xander, Ollie Sylvester and Faum 72.

The show aims to shine a light on graffiti as an art form with a truly global community. It considers the role of spray-paint strokes and graffiti techniques in an accessible way, from its origins to an era of expressive art.

“Graffiti is something everyone sees but doesn’t really know much about,” he says. “I started COAG as a way of giving back to a place where I grew up. However, unbeknown to us we have stumbled into the world of graffiti, a culture and movement so misunderstood and misconceived by the general public that we wanted to try and showcase what its really about.”

Graffiti was the original notice board, “or Instagram check-in, as a modern day equivalent,” he says, telling the story of a place and the residents that make up its character and personality. “It’s unique in that it’s one of the few art forms which puts style character and substance over other factors such as hype and trends.”

Some of the artists in this show are the forefathers of the UK graffiti culture that emerged in the 1980s. The pedigree of this line-up was amongst the most influential in creating the metropolitan style seen across London, which emphasised “getting up quick and using bright rounded colours”, he says.

Artists include PiC, Fuel, Doze & Prime, all members of WRH (We Rock Hard), and partners with King Robbo who had an infamous battle with Banksy. There are also current kings of London graffiti such as 10 Foot, who can be seen on railway bridges and buildings across the world.

The first of its kind, ‘Shutters’ celebrates art in a way that you may have not experienced before. And it’s on only until Dec 2nd, so worth catching before then.