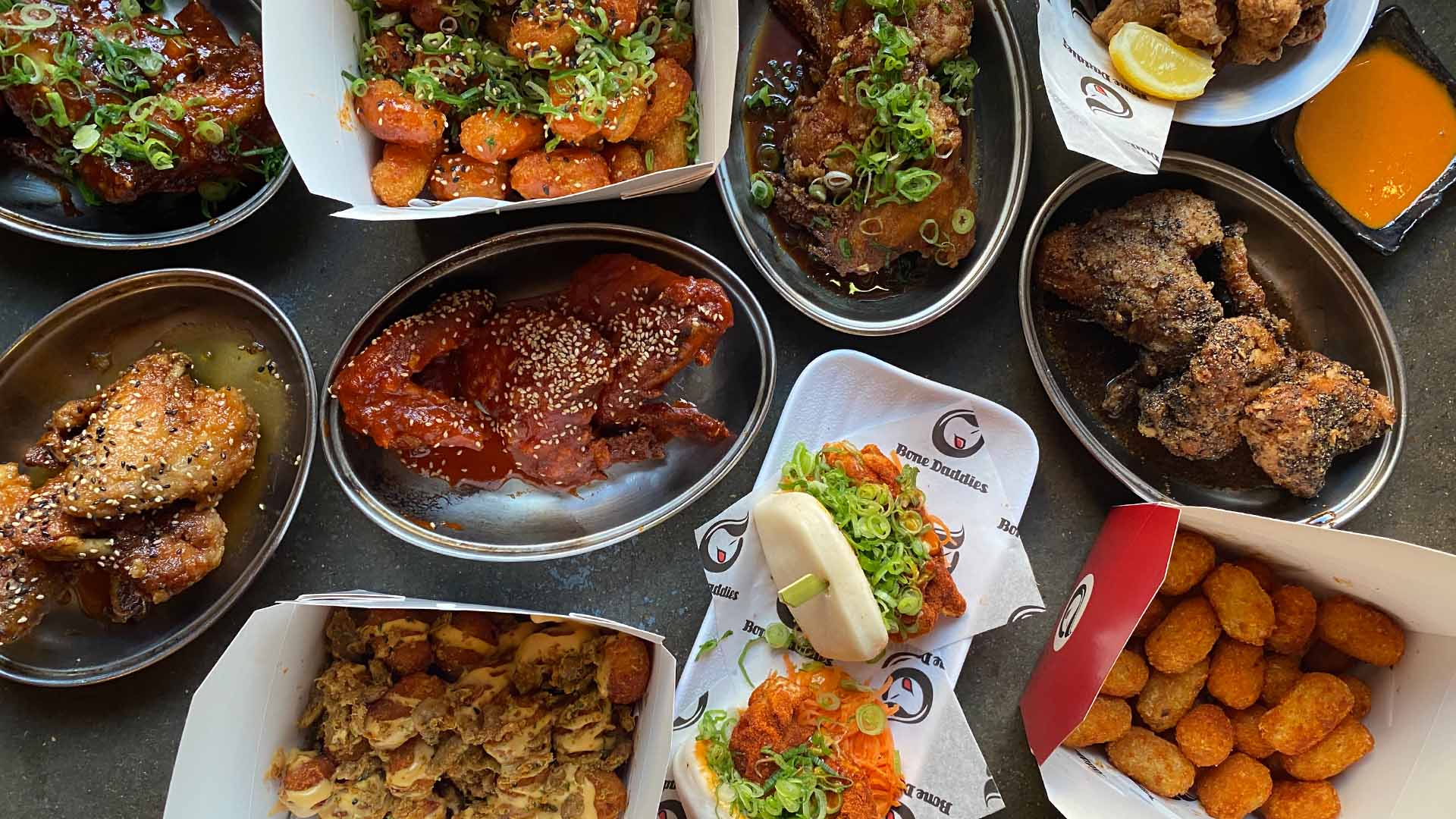 If you love Soho’s pioneering ramen restaurant Bone Daddies, then you’ll be thrilled that the launch of Wing Daddies, a new wing-based sister concept, is taking place right here in Kentish Town.

It’s the latest brainchild of a group that has pretty much made the capital fall in love with ramen over the last decade, with seven restaurants in London, as well as the bao-bun focused Flesh & Buns in Covent Garden and the Izakaya-style Shack-Fuyu on Old Compton Street.

Wing Daddies will operate as a pop-up delivery-only service, taking over virtual kitchens across town over the coming months. But it’s chosen NW5 – Regis Road, in fact – for its first outing.

The Wing Daddies menu is naturally centred on the chicken wings for which Bone Daddies has become renowned, from the signature Korean fried wings with gochujang and sesame to brand new sticky teriyaki and buffalo fire twists.

It also offers a selection of loaded tater tots with a Bone Daddies twist, as well as fried chicken, coleslaw and bao buns. Mouth watering yet?

And that’s not all: this spring also sees a bricks-and-mortar pop-up, first location to be announced, as well as a rumoured Wing Daddies truck roaming around the city’s most vibrant neighbourhoods.

Watch this space: we’ll tell you when both fly by.

This is box title
Wing Daddies expands to Seven Sisters on Tuesday 9th March and Streatham on Monday 16th March. For more info and to see the Wing Daddies Kentish Town menu head here or follow @wingdaddies or @bonedaddies on Instagram

This is a sponsored post created in association with Bone Daddies. If you’re a business who would like to reach out to tens of thousands of North Londoners, please email: info@kentishtowner.co.uk