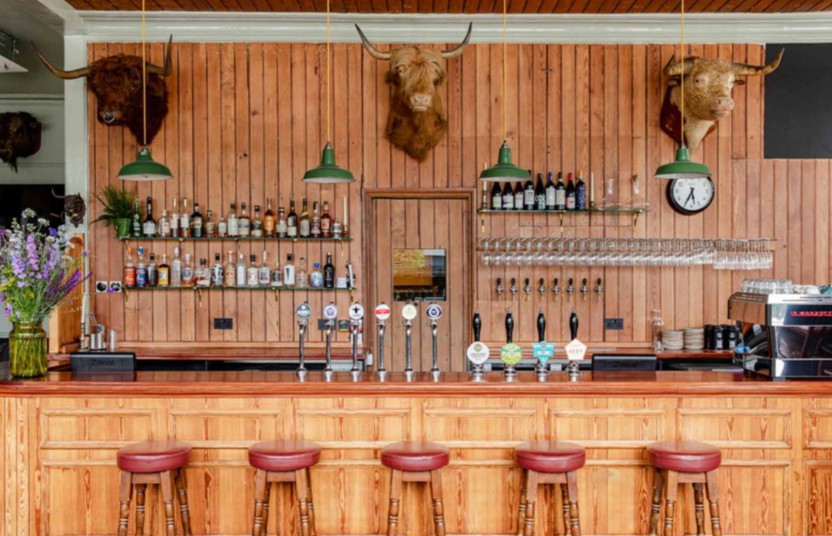 The fascinating story of the Bull & Last

The Bull & Last was first mentioned in court documents in 1721 and was originally licensed as ‘Ye Last’. It was rebuilt in 1883 after a fire burned down the original building (a coaching inn). You can now see the dates scattered around the exterior of the pub.

We’re asked where the unusual name comes from so often that it’s now the opening paragraph of our staff manual, so that new recruits don’t find themselves in an embarrassing situation on a shift. Locals have heard us explain it so much that when they hear people at the bar discussing the pub’s name they share the story too.

It’s all, apparently, thanks to a charismatic coachman, who – in the nineteenth century – used to shout ‘the bull!’, and then belted out ‘last!’, as it was the last stop. The establishment was then the most northern inn on the road as you left London. Pubs with ‘Bull’ in their name are in the masses, especially within a two-mile radius of ourplace, but thankfully, due to this historical anecdote, there is only one ‘Bull & Last’.

From 1883, the pub deeds were in the entrepreneurial hands of Henry Jenkin Gotto who had taken over the pub from the established Lion Brewery. Gotto initiated a new layout, with accommodation at the front and a stable area, yard and coach house at the back. Gotto was running a successful stationery business with William Parkins at the time, and the two men had a mutual love of furniture, luggage and sporting goods. Gotto and Parkins obviously had the right credentials, since the inn regularly had to accommodate those travelling with luggage and it was important that the furniture allowed guests to enjoy a much-needed rest.

Throughout the eighteenth and nineteenth centuries it’s clear that the area around the inn had a real sense of a community. In the late 1800s, on Woodsome Road opposite the pub you could find a sweetshop, a popular bakery and a tea and coffee shop.

An absence of detail in the history books, and the fact that we haven’t met any of the locals who drank in the pub around the 1920s–1970s, makes it a little tricky to know what was going on at the Bull & Last in this period, but we do know that by the 70s, it was owned by Charrington’s Brewery, and run by Jack and Joan Mason. Our locals speak with admiration of how pubs were run back then. The Masons lived above the premises and would be regularly seen on the other side of the bar telling stories and running up a tab.

They knew all their regulars and encouraged local clubs and gatherings, including the weekly get-together of the Highgate Lifebuoys – a Men’s Pond swimming club that has been running since the early 1900s and who still use the ponds every Sunday. It is notorious for their annual Christmas Day race at the ponds. During the Mason era, they would be outside the Bull & Last at midday every Sunday with their wet hair, eager for the doors to open.

At 1pm, everyone would join in and chant their song:
‘Give us a yell,
give us a good substantial yell, and when we yell,
we yell like hell,
hell hell Highgate.’

After the Masons called time, the pub seemed to change hands quite often, and it gave the locals, who hadn’t always got it right with previous owners, the opportunity to wipe the slate clean and try again. The locals were all aware who had previously over-stepped the mark, but kept it to themselves. There would be a little nod at the other end of the bar between regulars to acknowledge their presence. The public used the pub back then as a beacon of communication: a bit of work here or there, escape from home responsibilities, and the odd bit of gossip.

After a considerable amount of time, at around the turn of the millennium, the pub landed in the very capable hands of Amanda, who seemed to really embrace this environment. The locals warmed to her and her husband instantly, and she soon became ‘Mandy’ to the regulars.

Some Woodsome Road residents informed us that once she was on board they were no longer snarled at for wearing a sweater over their shoulders, and could enjoy a Ploughman’s lunch in peace. Mandy also held exhibitions where local artists would showcase some of their work – you can find a few of those artworks dotted about the place. There was a real sense of a community, and the publicans had a hand in organising regular events. Amanda was also responsible for locals starting to eat at the Bull & Last.

IF THESE WALLS COULD TALK

This old floor plan shows that there were once two entrances to the bar: one for the main public bar (our main entrance now) and the other for the saloon bar, which was in the middle of the pub, with a panel dividing the two spaces. According to some of our oldest regulars, women were rarely seen at the public bar – they drank in the saloon bar – and the two areas were quite different. The most noise would come from the main bar, which opened at 5:30pm, ready to welcome drinkers after a day’s work. The saloon bar had the slight privilege of a carpeted floor but to drink in the space cost a penny more on their drink back then. The locals could hear the odd voice through the divide telling a tale or two.
CULTURE CLUBS: SWEARING ON THE HORNS 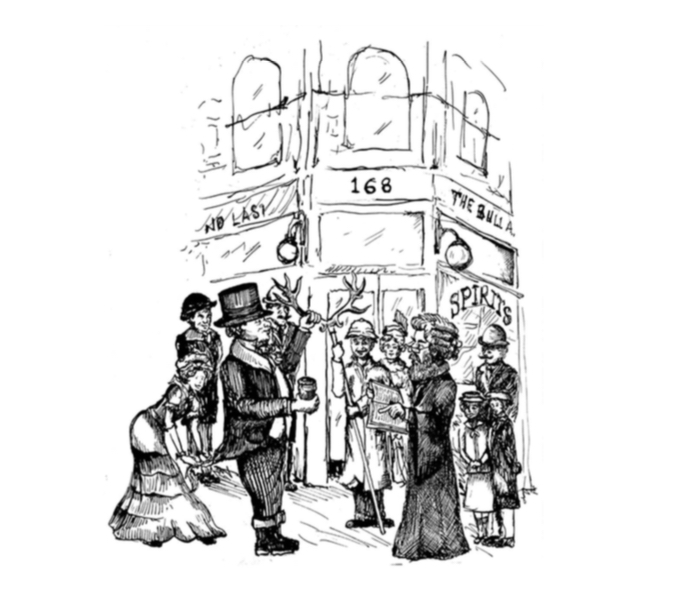 Highgate and the surrounding area had an established drinking culture in the seventeenth and eighteenth centuries, and from around 1796–1908, if you wandered into some of the public houses you might be asked for a fee to either take part in or bypass the ‘Swearing on the Horns’ oath. This was a ceremony unique to Highgate and the oath involved committing to ‘merriment and debauchery’. The local landlord would be present to oversee the initiation, a man would hold a set of stag antlers and the individual would be expected to either kiss or salute the horns, with encouragement from regulars. One privilege once the oath was taken and the oathtaker became a ‘Freeperson of Highgate Village’ would be drinks for him and his friends if he was to be found penniless, but if this was not the case he would buy a round of drinks for the entire pub.

Want to know what happened next, and how the current owners came to transform the pub in the noughties? You’ll have to buy the new hardback book, packed with as many stories, historical titbits and anecdotes as recipes. The Bull & Last: A Pub & Coaching Inn, by Ollie Pudney and Joe Swiers, released this week by Etive Pubs Ltd, is priced at £30. More info on the pub’s website here.

If you enjoyed reading this, perhaps you could help out? In November 2020 – that’s right, now! – Kentishtowner is celebrating its 10th birthday. But with the sad demise of our free independent monthly print titles due to advertising revenues in freefall, we need your support more than ever to continue delivering cultural stories that celebrate our neighbourhood. Every contribution is invaluable in helping the costs of running the website and the time invested in the research and writing of the articles published. Support Kentishtowner here for less than the price of a coffee – and it only takes a minute. Thank you.