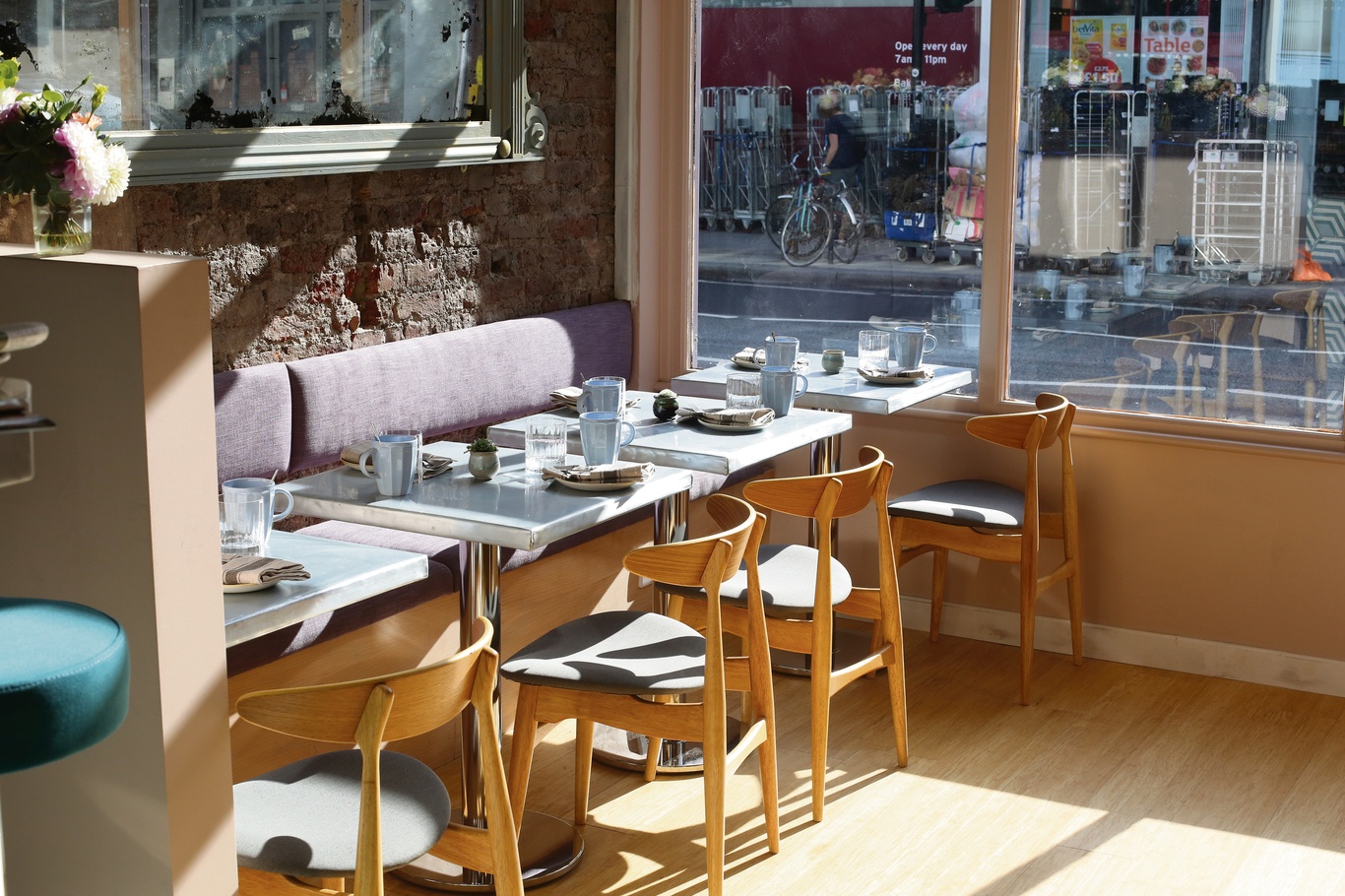 We simply loved everything about long-running Junction Road tapas bar Del Parc. Especially during its mid-teens, menu-less heights, when punters simply told head chef Steve – who mesmerisingly worked solo in a glass box kitchen (above) – what they didn’t eat. Perfectly judged plates would then appear; it was also easy to eschew a meal proper and linger at the small window-facing counter, Gordal olives and a crisp white Manzanilla sherry in hand. Del Parc closed late last year when owner-couple Stev and Alan made the move to St Leonard’s in East Sussex.

With its pared-back interior (see main pic, above) and classy meat-free menu, Fortess Road’s Ceremony swiftly became one of the best restaurants in the area when it opened in autumn 2017. Husband and wife team Joe Stokoe and Ali Dedianko created contemporary vegetarian dishes alongside a killer cocktail bar. That much-acclaimed starter of crispy duck egg atop truffle-heavy polenta, with its theatrical exploding yolk and winning combination of textures? Just wow. Other memorable dishes included a charred leek rarebit and grilled rainbow carrots with puy lentils (way more tasty than that sounds). But the couple’s personal situation sadly proved incompatible with running a restaurant. The site is now newish Korean BBQ joint KKini.

Campdale Road’s chicly aspirational local bakery was open for a few years in the mid section of the last decade, finally closing in 2015. Run by fashionista Katy Taylor, the quality was high, with former pastry chefs from Raymond Blanc’s Le Manoir aux Quat’ Saisons at the helm, and cakes and savoury snacks made from scratch on the premises every day. There was also an alcohol license, allowing punters to enjoy an alfresco glass of Cotes de Provence on the west-facing terrace. It’s now Korova.

Named after its former life as a footwear retail outlet, the diminutive Fortess Road dining room was open from 2014-16, its demise due to Australian chef-owner Paul Merrony’s move to the country with his wife. During its 18-month stint we enjoyed silky chicken liver parfait, buttery baked mushrooms, leg of lamb steak capped with honey-sweet roast tomatoes – and, best of all, a juicy pink rib-eye smothered with a creamy shallot and green peppercorn sauce. You couldn’t fault the wine list, either.

The popular little gift shop on Fortess actually started out in the sleepy East Anglian city back in 2005. “I loved it but missed London too much,” said owner Debra Knowles in 2014, “so when the its six year lease came to an end, I literally picked it up and bought it down here to this wonderful area.” It opened in NW5 in 2012 and survived until 2015, after which time it became the rather more upmarket Diverse.

For aeons Fortess Road’s pizza parlour served up some of the cheapest in the postcode. The lunch deal for £6.95 (pizza plus wine or beer) was, after all, pretty unbeatable, the margarita an unpretentious classic: cooked to crispy perfection, the huge 14-inch slabs had a full-flavoured tomato sauce and a good layer of stringy mozzarella. And nowadays? Like much of the street, it’s the rather more fancy fusion (pizza) dining room, East West.

We don’t actually want to be history, too. In October 2020, Kentishtowner will celebrate its 10th birthday. But with the sad demise of our free independent monthly print titles due to advertising revenues in freefall, we need your support more than ever to continue delivering cultural stories that celebrate our neighbourhood. Every contribution is invaluable in helping the costs of running the website and the time invested in the research and writing of the articles published. Support Kentishtowner here for less than the price of a coffee – and it only takes a minute. Thank you.