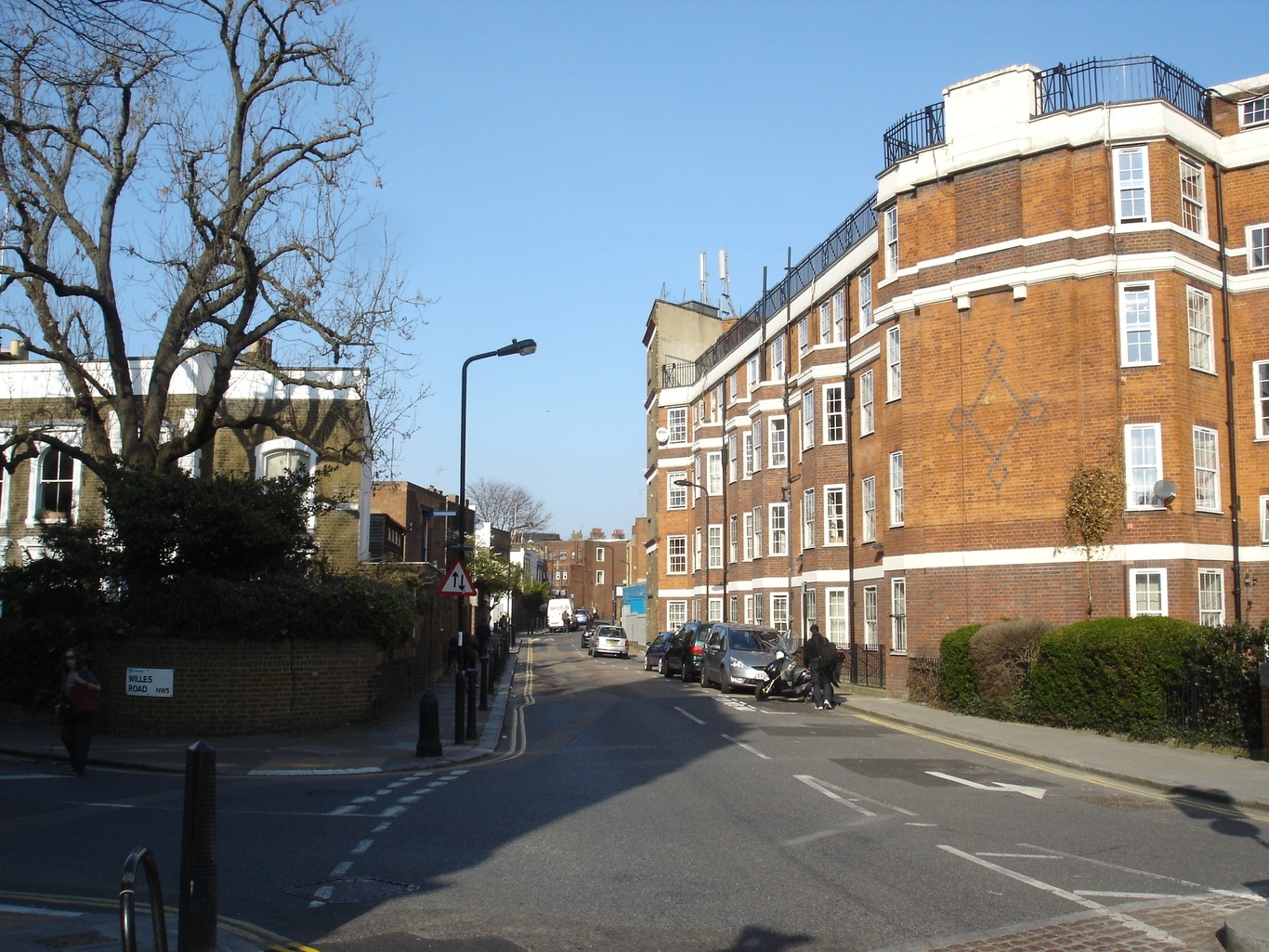 The fascinating tale of Angler’s Lane – and the River Fleet

Angler’s Lane is that little street that curves off the main thoroughfare of Kentish Town. For more than a hundred years it was home to the largest false-teeth factory in Europe, the red brick and terracotta building that formerly comprised the premises of Claudius Ash & Co.

‘Manufacturers of False Teeth’ from 1840 until 1965, it still dominates the lane, though it has long since been converted into apartments. But it was fishermen not false teeth that gave the lane its name. Before Victorian brickwork, paving and lead piping put paid to their sport, this quarter of north-west London was a haunt of anglers.

Such rod wielders came to dip their lines and hooks in a freshwater fish-rich tributary of the River Fleet that flowed from its source in what was once the boggy, malarial marshlands of Hampstead down through what remained a largely pastoral Kentish Town and on into Camden Town and King’s Cross, before passing by Clerkenwell, to finally join the Thames at Blackfriars.

The word ‘fleet’, which derives from the Old English fēotan meaning to ‘float or swim’, is still applied to a group of ships. But the Anglo-Saxons also used it specifically to refer to a tidal creek or inlet. For this reason, historically, only the lower part of the river was called the Fleet; its upper reaches known as Hole Bourne or Holborn (literally ‘a stream in a hollow’), the River of Wells and the Turnmill Brook – the latter name a nod to the watermills, at least four by the thirteenth century, that were erected on that section of the river. By then, however, the Fleet was evidently serving as an open sewer.

The river was already so contaminated that in 1236 Henry II granted the citizens of London the right to divert waters from the Tyburn River in Westminster to the City through leaden pipes ‘for the poore to drink’. In 1290 the White Friars, whose monastery lay to the west of the Fleet’s Thameside mouth, filed a complaint about the appalling stench of the river. The decision in 1343, to allow the butchers of Newgate Street to use one of the Fleet’s waterside wharves to cleanse entrails, could hardly have helped.

Whatever unsavoury items were floating about in the Fleet, its surface was often crowded with boats ferrying goods and people upstream from the Thames. Thirteenth-century records show that masonry for the construction of the medieval St Paul’s cathedral was shipped up shore on the river. The sick and needy were similarly conveyed to the doors of the Priory of St Bartholomew’s Hospital, as were this medical establishment’s supplies of corn and hay. While wine bound for the Fleet Prison, the debtors gaol destroyed in both the Peasants’ Revolt of 1318 and the Gordon Riots of 1780, also travelled there by boat on its namesake.

In 1418, the stones for paving the streets of Holborn were conveyed via the river, along with such victuals as oysters and herrings. Old Seacole Lane in modern Farringdon, meanwhile, memorializes the Fleet’s role in the transport of sea-coal from Tyneside to London.

As the population living outside the City walls grew, so too did the amount of rubbish and sewage dumped into the Fleet. Cleaned out once in 1502, and again in 1606, it was blocked up entirely once more by 1652, with one contemporary observer noting that it was ‘impassable for boats, by reason of so many encroachments thereon made by the throwing of offal and other garbage by butchers’.

During the blaze of the Great Fire of London in 1666, flames leaped from bank to bank incinerating wharves and houses on either side of the Fleet. In its wake, a new bridge designed by Christoper Wren was constructed over the river at Holborn and in 1670 the river from this crossing to Blackfriars was remade into a new canal with wharves.

But this Fleet Canal proved financially unviable, its revenues never offsetting its operating costs and before long the canal became as rubbish-ridden as the river before it. In 1733, the City authorities cut their losses and erected an arch over it. Six years later the old Stocks Market was replaced by the city’s Mansion House building. A new market, the Fleet, was established on the archway where it remained until 1830 when this too was swept away by the new Farringdon Road. Another victim of this highway would be the Fleet river itself, diverted underground into a pipe where it finally became a fully-fledged sewer, perhaps what it had been unofficially all along.

This is an edited extract (by the author) from Atlas of vanishing Places: The Lost Worlds As They Were And As They Are Today by Travis Elborough, published by White Lion Publishing, £22.