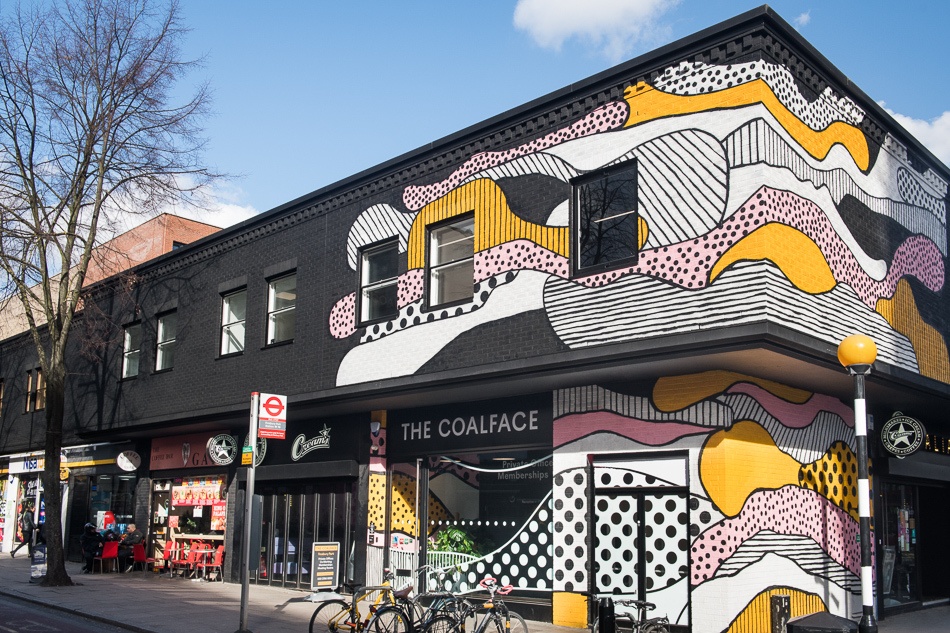 Affordable and just up the road, we hear from businesses and community members on the impact of this brand new local workspace for North London

n February, The Coalface opened on Wells Terrace up in Finsbury Park, becoming the neighbourhood’s first co-working space in the process.

Named to honour the industrial heritage of the location (Finsbury Park was an important hub for the coal industry, and Wells Terrace housed a coal depot back in the 1800s) the architecturally refurbished workspace provides a conveniently situated, cost-effective alternative to Central London’s increasingly expensive co-working options.

Despite having only been open a few months, The Coalface has already welcomed a diverse range of businesses and individuals through its doors. Many are local residents who were having to commute due to the lack of suitable office space nearby. But many more are businesses that The Coalface has drawn into the area, attracted to the exceptional transport links and affordability it offers.

The new co-working hub also didn’t waste any time supporting the community, quickly offering the neighbouring Park Theatre a free office after noticing that the charity was in need of space.

Chief Operating Officer at The Coalface, Jonathan Hausmann, explains the decision: “We’ve been keen to meet with neighbouring businesses and organisations, and when visiting Park Theatre, I noticed that the team were operating out of a pretty small office. Knowing what an incredibly valuable part of the Finsbury Park community they are, wanted to help out.”

Park Theatre and other members of The Coalface told us what it means for them that the area finally has a business hub.

“We’re thrilled to have been offered such a wonderful space to work in–something we so desperately needed. The theatre has a relatively small footprint and we naturally prioritise audience and performer space, which leaves very little room for the office. We now have 15 people in our team and are pretty packed in – the lack of space actually limited our potential to hire more people, so the office in The Coalface is such a gift. We’re really grateful to Jonathan for offering it proactively. For a charity like us, this will make a huge difference.”

“We’re a boutique style agency representing some of the industry’s leading hairstylists, makeup artists and fashion stylists. I live locally and used to work from home but as the business has grown, I really needed somewhere that I could bring the artists I represent. I’ve worked in other spaces, but none were as professional as I’ve found The Coalface to be. I need to travel into central London for meetings and the transport links at Finsbury Park are great, but it’s significantly better value than being in more traditional creative hubs like Hackney and Shoreditch. Plus, unlike many co-working spaces, The Coalface also allows me to bring my dog into work, too.”

“We are a production company that is currently creating a programme for Comedy Central, set to be the channel’s biggest release of next year. I live in Croydon and have found the commute in here really easy. I love this area, which has so much character and some great independent food outlets, there’s a real buzz about the place. Most production companies tend to be based in Soho, but we see no real need to be there; the value for money we get here is much better, and the space gives us the flexibility to expand, which is really helpful for a company of our nature. We don’t take on a full team at the beginning of a project, but our office can grow as and when we need more people.”

“I live in Cockfosters and can be in the office in just over 20 minutes. I was previously based in a co-working space in Potters Bar, but wanted to be closer to central London. The Coalface is a very high-quality space with great facilities. I know this area well, as I was involved in the purchase of the site for Telford Homes, the developers of City North. I can see how much investment is going into this part of London – it feels like it’s really up-and-coming, so it’s a great time to be based here.”

The Coalface offers fully-furnished private offices with 3-20 desks from just £267+VAT per desk per month. It provides private meeting rooms, breakout areas and outside space to work or relax in. Drop-in desks are also available from £200 per month.