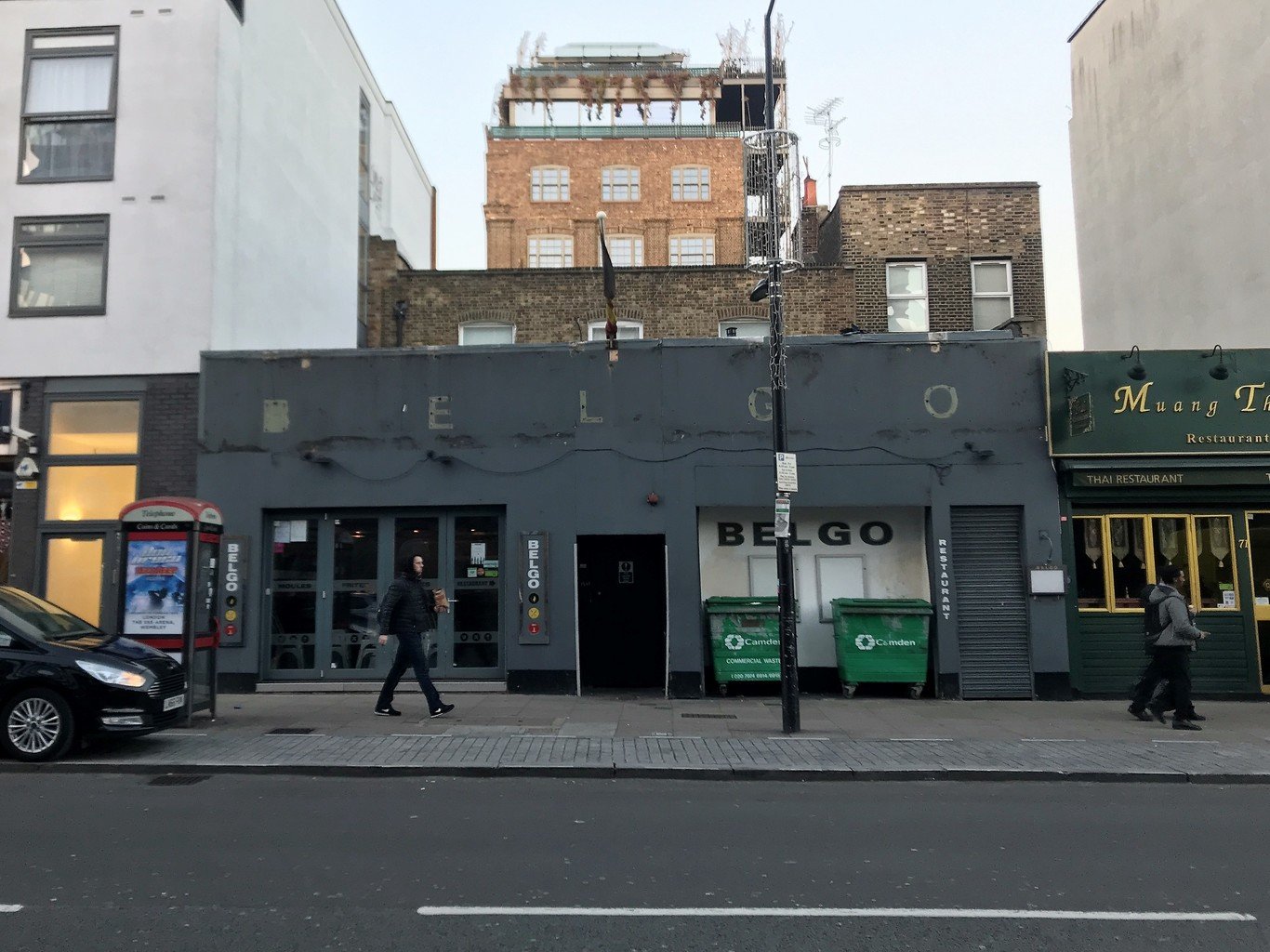 One of Chalk Farm Road’s longest standing restaurants was excitingly innovative when it set up shop back in the early 1990s: think moules frites, Belgian beer, waiters dressed as monks, pioneering open kitchen. But like most mid-market chains, it’s been struggling for years and closed earlier this month. Its exterior now looks very bleak: see our main image above, with the signage stripped away.

We raved about this stylish meat-focused diner when it arrived on the interesting stretch between now-vegan Arancini Brothers and hit Italian Anima e Cuore. But it never seemed to be busy on any of the half dozen times we ate there. Sadly it shut before Xmas and re-emerged, with the same interior, as the Mediterranean-tinged Albion’s Restaurant.

This was an absolute corker of a little French bistro tucked well away from the main drag in Primrose Hill. Always boasting some of the best onglet-frites in the area, it was also dog-friendly (as most French restaurants are) and, by day, a handy cafe whose pavement terrace caught the matinal sun. It closed this month, the sign saying simply: “Thank you very much for your support over the years.”

We were as dismayed as other locals that Kentish Town’s most charming hideaway for good coffee or a spot of lunch was whisked away from us by its new lease-holders in December. Now? The building is back to the greenhouse it previously was.

This Dalston import was a noteworthy new addition to North Yard, what’s now the foodie part of Camden Market, sandwiched between the highly acclaimed Cheese Bar and the (also now shut) Flour Station. The only problem was that its old-school NY-style pizza slices couldn’t compete with outstanding new-wave arrivals like Purezza. It disappeared without trace in the autumn.

Know anywhere that has recently seen the same fate? Email us info@kentishtowner.co.uk