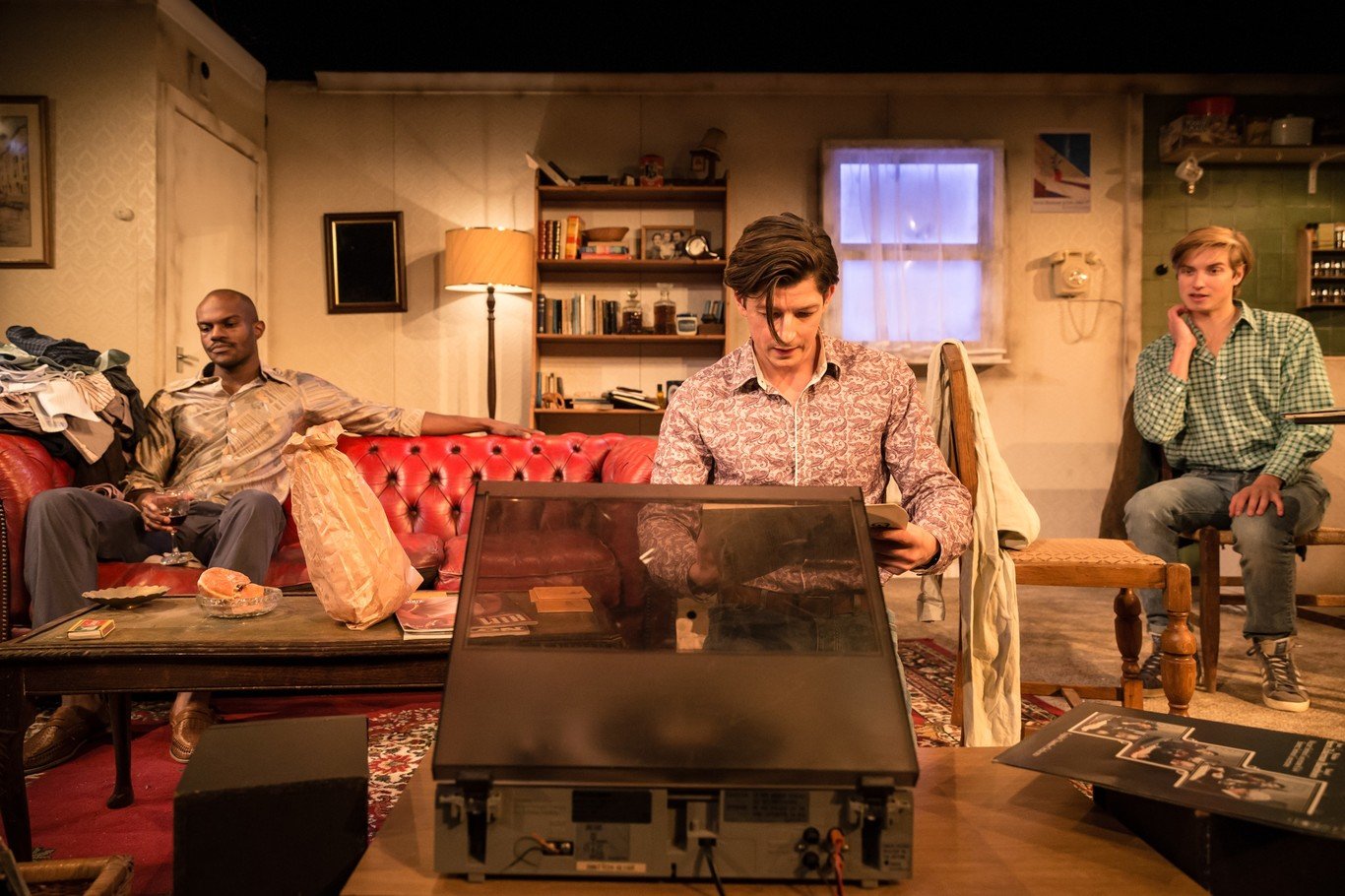 Coming Clean review – a genuine snapshot of gay life from 1982

This revival’s overriding point of interest is simple: it provides a genuine snapshot of London gay life from 1982 – and yet remains largely unknown.

A West End transfer from Upper Street’s King’s Head Theatre, Coming Clean (written by Kevin ‘My Night With Reg’ Elyot) tells the story of the end of a gay relationship and its associated questions over fidelity, monogamy and love.

Struggling scribe Tony (an engagingly gossipy Lee Knight) and US academic Greg icily brusque (Stanton Plummer-Cambridge) are about to celebrate five years together – not exclusively, mind – when they hire a new cleaner, Robert (regal-yet-cherubic newcomer Tom Lambert). It’s his arrival that changes the status quo for good.

From the outset North Londoners will immediately enjoy the fact that the play is set in Kentish Town, with a couple of jokes about its chi chi status compared to the, um, lower slopes of Tufnell Park.

The opening wrongfoots us straight away, prolonging the entrance of the two characters on whom the modest plot hinges; it also introduces camp best friend William (Elliot Hadley), a sort of Marmite character who bags all the best lines – in fact, some of his scenes are filthily laugh-out-loud, drawing roars from the audience. But there’s pathos too: a homophobic incident recounted at one point is as sadly relevant today as it was then.

As the superior first act ends, I was all set for a rollicking denouement in part two: this doesn’t quite happen, however, the mechanics of Elyot’s plot being rather rushed through, with the final scene something of a dangler – though this is of course no fault of the actors themselves, who put in strong performances.

And there’s a believable sense of frustration running through it all, from the ambition – and failure – of the characters to write for a living to the inability of relationships to satisfy both partners in equal measures; plus plenty of truth in Greg and Tony’s final attempts to work out what they both want, and what actually constitutes deception and transgression. In short, it must have been incredibly fresh for 1982 (it premiered at the Bush Theatre) – and it’s this authenticity that stays with you long afterwards.

As a period piece, I also enjoyed the references to both gay and general culture at the time, from the repeated use of the word ‘disco’ to talk of Helen Shapiro and the extended dinner party discussion on the merits of Mozart versus Verdi. Were gay men – even teenagers – really that cultured in the early 80s? If so, high five.

A word on the production: it takes place in the smallish basement of Trafalgar Studios, with less than a hundred seats, so the intimacy of the set means we are effectively voyeurs in the boys’ shabby Kentish Town living room; and the relentless smoking (of real cigarettes) adds to the stifled atmosphere, not to mention, on my visit, the temperature soaring in the auditorium.

The only thing in the otherwise immaculately constructed mise en scene (from rotary dial phones to outsize record player) that didn’t feel very 1982? Why, the actors’ perfectly sculpted, #Instagold 2019 physiques (yes, there is some nudity). Not that I’m complaining, of course. And it’ll only help the Netflix adaptation, if that’s indeed on the cards.