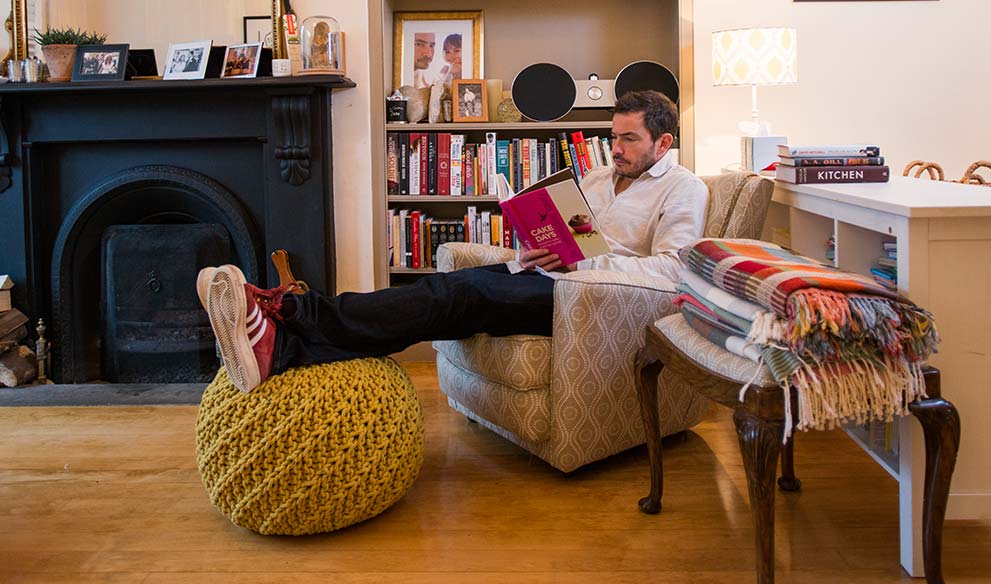 remember it like it was yesterday, though a flick through my back catalogue online indicates that it happened in the summer of 2004. A beautiful old pub restaurant in Highgate had reopened under new ownership and people were raving about the food: the shellfish, the homemade pies, the wonderful desserts, but, most of all, the fish cakes.

Fish cakes. Soooo 2004. These were very fish-dense, people said. Lovely pink salmon, not too much potato, a little grated onion, nice and crisp, with excellent fries and a fresh green salad, sharply dressed. And it was only a couple of miles from my home. So off I went for lunch.

It was a lovely day, the pub garden was in fine fettle and the views over London pure poetry. I had a cool pint of whatever people drank before the hipster pale ale revolution (I truly can’t remember) and my wife was tucking into a lemony New Zealand sauvignon. “I’ll have the fishcakes, please”, I said to the eager young waiter. Recalling a recent conversation with an angler friend about the disastrous effects of salmon-farming off the coast of Scotland, I added: “Do you know where the salmon comes from?”

“The sea?” he replied. “Yes”, I laughed. “I imagine it does. But you get wild salmon and farmed salmon. Obviously this won’t be wild, but I’m wondering where it is farmed and whether organically or non-organically. You do get levels of sustainability with fish farming and it does matter”.

“I’ll ask the chef”, he said. And while he was gone I thought how impressive it would have been if he had known something about the provenance of the food he was serving – but that he was young, and probably new to the business, and running off to ask the chef was the next best thing. A minute or two later he returned, looking sheepish.

“I beg your pardon”, I said. Sniggering a little. Not really believing what I was hearing.

And that was the moment my whole professional life changed. After ten years as a restaurant critic I suddenly saw that the job in the twenty-first century was not to swagger into fancy joints and peer at dishes through one’s monocle, show off how much one knew about classical French cuisine, and pick holes in the chef’s technique before awarding a mark out of ten and swaggering out again.

It was to hold these places to account for the way they treat not just their customers, but their meat and fish and the animals who provide them, their fruit and vegetables and the soil and water that grows them, the staff who work for them, and the community in which they ply their trade.

After this experience I added an element to my already torturous scoring system in The Times that openly gave points for meat and fish provenance (making it as important as ‘cooking’, ‘service’, and ‘atmosphere’). I asked rudimentary questions to arrive at my score. At first, I got a lot of “Er, it comes from the butcher”, but gradually things began to change.

People were proud to write ‘organic’, ‘local’, and ‘seasonal’ on their menus, and then to name the breeds, the farms, the farmers, the fishermen, and the hunters. Eventually also the foragers. Suddenly information became the currency of restaurants, not just food and drink. Sometimes too much information, some thought.

And so now the time has come for Truth, Love & Clean Cutlery, a new kind of restaurant guide for a new kind of restaurant world. Our first principle of selection for the guide was, of course, delicious food. No one crosses town for dinner because the restaurant recycles its grey water to feed the tomatoes on its roof, or makes its furniture from old plastic bottles, or teaches local kids to cook, or gives half its profits to a refuge for baby dolphins.

We go for the crispy, gooey pizza, charred slightly at the edges and blobbed with nduja and sage, or the banana caramel ice cream with rum sauce (I made that up, but doesn’t it sound good?), or just to get drunk and laugh, and maybe hook up. But, with that assured, don’t we want to know that what they are doing in this place is ‘good’? So that is what we have made sure of for you. The selection here is not exhaustive or definitive. It is a first attempt for what is a first edition.

So it is important to care about the world your restaurant serves, the people who work in it and live close to it, and the animals and plants and land and water and air that make it possible. The restaurants you will find in Truth, Love & Clean Cutlery are the ones that do that. They are the ones, in short, that give a f***.

This is box title
This is an edited extract from Truth, Love & Clean Cutlery, edited by Giles Coren (Thames & Hudson). Priced £19.99 at Owl Bookshop (Kentish Town Road) and other local bookshops, or grab one here.