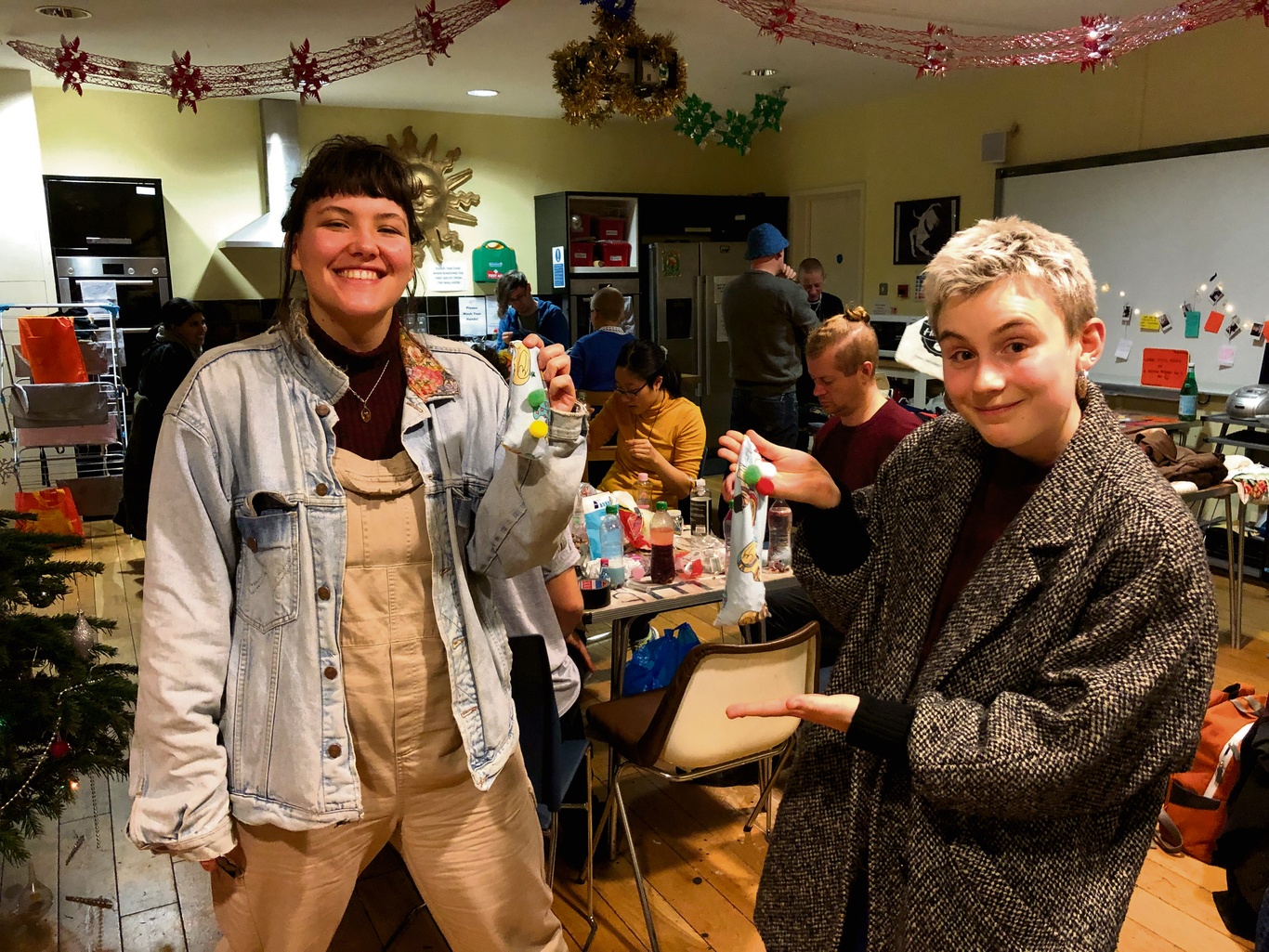 f you are a LGBTIQ+ person who lives, works or plays in Camden, how do you find others like you? Top answer: apps. You download Scissr, re-download Grindr, Tinder or Moovz and create an online portfolio that makes you look like a fun, shaggable member of the human race.

Not keen on that? Option two is to go out. Out, out. Seeing as there’s no longer anywhere to do that in Camden – the Black Cap’s been out of action for nearly four years, while Her Upstairs shut down four months ago – you’ll probably need to head to King’s Cross, Soho, Vauxhall or east London.

But what if you don’t want to drink, dance, or date? Scouring the streets looking for queers – though surely the best way to spend a Sunday afternoon – isn’t the most fruitful way of connecting to your community. What if you just want to sit around in a chilled, sober environment, talking to strangers until they become mates?

Every Monday evening throughout December, Camden’s Castlehaven Community Association is the place to do just that. Under the guardianship of grassroots LGBTIQ+ homelessness organisation The Outside Project, the venue is transformed it into a free, accessible community hub open to all, littered with literature, tea, arts and crafts – oh and loads of other queer people, huzza.

Though they hope to bring this weekly takeover into the New Year, December seemed like the perfect time to launch a queer space in Camden. “Christmas can be a particularly difficult time for our community, those who are marginalised or experiencing homelessness,” says Carla Ecola who runs Outside Project with her wife, Heather. “If you have suffered religious oppression or been ostracised from your family, Christmas is an onslaught. It can be such an isolating time.”

As such, they are “supporting people through our weekly hub, providing an accessible, sober, social space with relevant services and ongoing outreach support,” she says.

On the evening I attended, we all sat around painting bowls, sewing trousers, discussing Christmas songs – “I like Fairytale of New York because I get to shout faggot really loudly,” Carla said ironically – I couldn’t shake the sense that this was one of the most important queer spaces – for both activism and community-building – I’d stepped foot in.

panning both floors of the Castlehaven Road centre, the upper-level hosted the Lesbian and Gays Support the Migrants (LGSM) weekly meeting. It happened to be the evening of the conviction of the Stansted 15, a devastating ruling that saw a group of peaceful protesters who stopped a deportation plane from taking off last year, convicted of a rarely used terrorism-related charge. Though LGSM were unable to disclose what they discussed during the meeting, the atmosphere was subdued. The ruling was a personal tragedy for every activist in that room.

Sam Bjorn, LGSM’s spokesperson, talked about the importance of having a space in which to meet. “It’s so hard to come by accessible spaces for activism in central London, ones that don’t require alcohol,” Sam said. “We were delighted when Carla offered us this space.”

Meanwhile, on the lower level, two women sat amidst a fortress of meticulously arranged condoms and lube. They were representatives from CLASH (Central London Action on Sexual Health) who spent their evening chatting to people about dental dams, the lack of lesbian sex education, PrEP – and summoning people to have an STI test out the back.

“We’re a sex-postive service,” said Kaylee Linton, one of the nurses. “They’re awesome,” agreed Carla, “they started up in the 1980s to provide services on the street and in the bars of Soho. They’ve always been a radical sexual health service, and still are today.”

Near the kitchen, a group were painting penguins on mugs while discussing a recent demo they held after a landlord told a lesbian couple that he didn’t want to rent his property to them. Meanwhile, in another corner, Alex Green, from arts collective Loud & Queerly, stood quite literally tap-dancing as he talked about his new incubator workshops for queer performance artists called CabLabs.

Sewing close-by were members of the campaign to save the Black Cap, who are still fighting tooth-and-nail to save the legendary venue and ensure it is returned to the queer community.

ome Christmas Day, Castlehaven is hosting a community dinner dubbed Outsidermas. “We’re not sure it’s a great name but we only have to put up with it for a few weeks and it’ll all be over. That’s Christmas in a nutshell really isn’t it?” says Carla. “We’re creating a space for LGBTIQ+ people who would otherwise be alone on Christmas Day to come together. We’ll have fun games, a sing-a-long, ear acupuncture and an endless supply of (non-alcoholic) mulled wine.”

Having spent an evening in this hub of community fortification and activism, it is safe to say that all I really want for Christmas is for this space to become a permanent weekly feature come 2019.