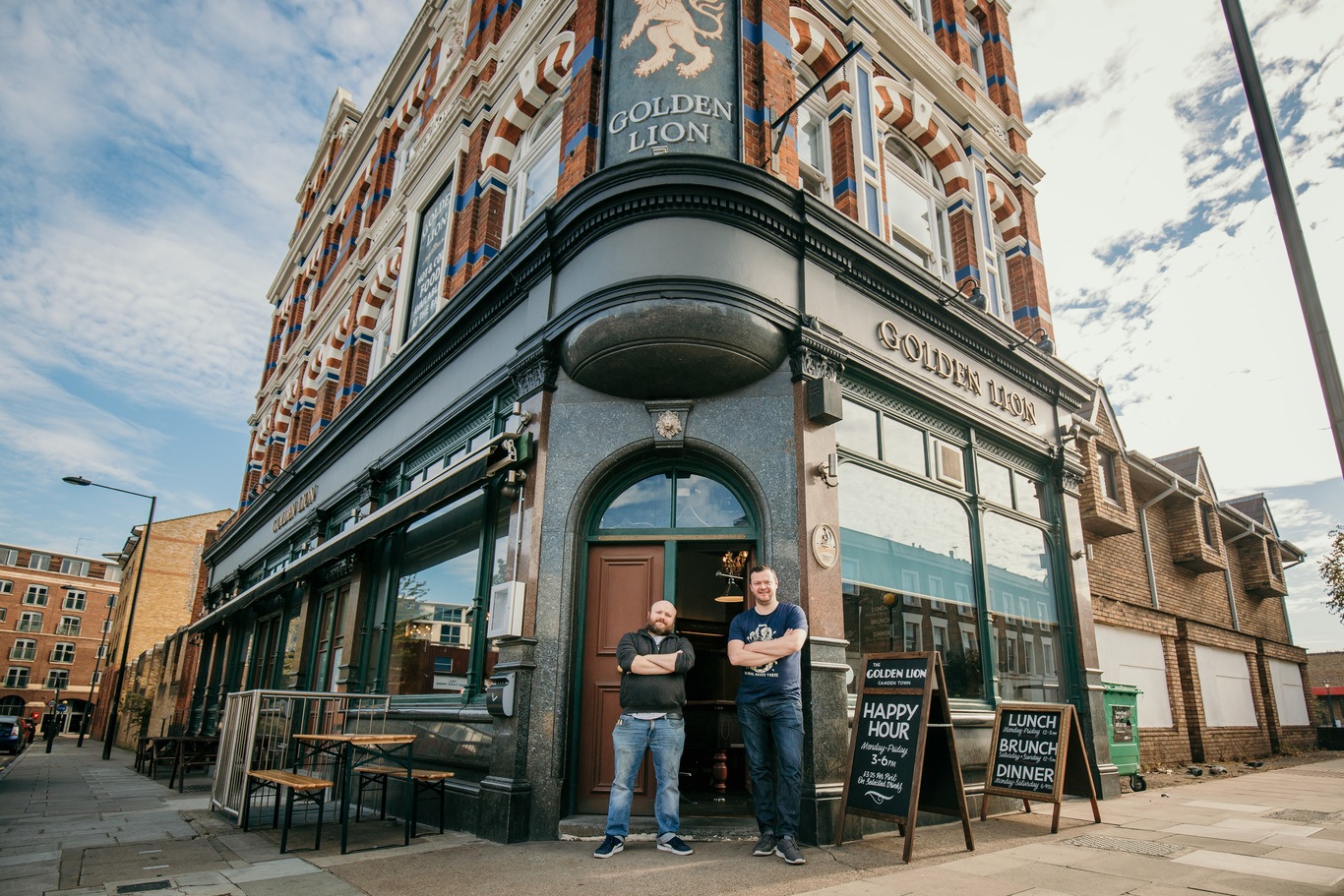 Been midway down Royal College Street recently? If so, you’ll have seen that it’s great that proper Camden institution the Golden Lion – complete with awesome original panelling, massive windows and Victorian back bar – has survived all potential redevelopment alarms.

Why? Well, it’s got itself some new owners, an experienced-in-hospitality pair called Aaron and Trevor, had a lick of charcoal paint, and now serves craft beer as well as, from this weekend, a brand new food menu.

“We’d been looking for a pub to make our own for many years having previously worked together around ten years ago, when I opened the nearby Prince Albert,” says Aaron. “Trevor worked with me as the head chef, and we worked very hard to develop the pub to offer a great experience and entertain the local community.”

Trevor then went on to spend four years at the highly acclaimed Draper’s Arms in leafy Islington. But when the opportunity arose this year to make the Golden Lion, um, roar again, the pair jumped straight in.

“Trevor and I have always loved the pub and were regulars here for many years, getting to know the landlord David’s mother Mary (who ran the pub until recently) very well. It was Mary who suggested that we work together with David. So we formed a partnership with David with the goal of ushering in a new chapter for the Golden Lion.”

Already a beautiful pub, the pair “do not intend a full refurbishment,” says Aaron. “We’ve tidied it up in certain areas such as making the exterior seating area more attractive.”

And the big news this week? Why, they’ve just opened their brand new kitchen and launched a new foodie menu, dishing up posh plates like braised plaice with shallots and capers, devilled duck livers with swede puree and pomegranate, and smoked salmon with kohlrabi and clementines. Plus there’s (natch) weekend brunch and roasts all day Sunday.

They’ve also added a range of craft beers like Hammerton as well as real ales on tap. Already, we’ve been known to pop by on Wednesday quiz nights too which are, says Aaron, “proving very popular”.

In short? It’s well worth a golden-hour seasonal stroll to that slight no-man’s land between Camden Road Overground and St Pancras Old Church, then. But don’t you dare order the last oxtail croquette.