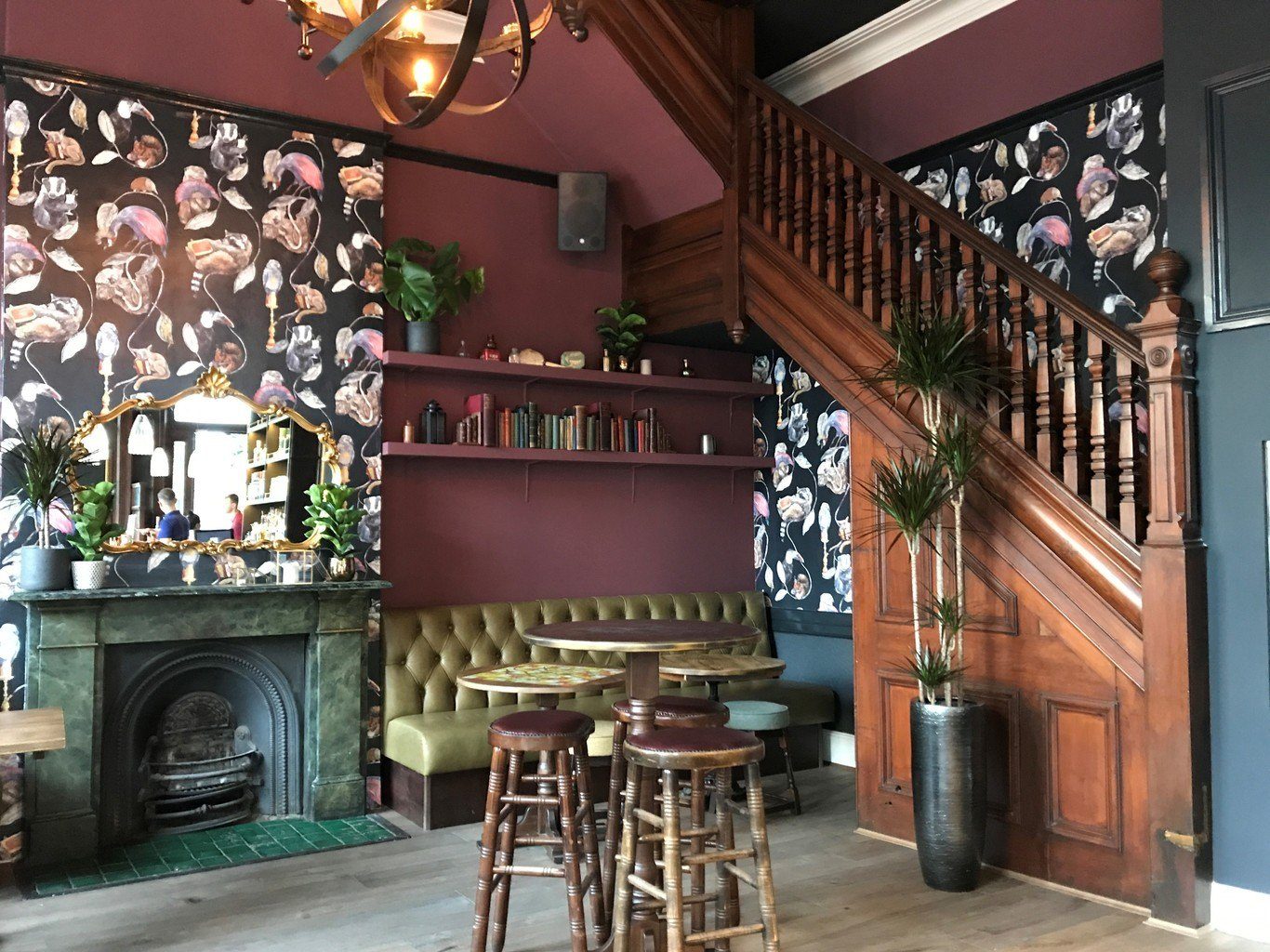 The legendary drinking den has gone a bit foodie, it would seem

We hold our hands up: when the Sir Richard Steele closed in January we thought that was the end for the doomed watering hole, especially with parent company Faucet Inn’s rep for shutting down other reputable (and iconic) north London institutions like LGBT venue Black Cap and the Dartmouth Arms.

However, after seven months cocooned in scaffolding, the pub, named after the 18th century co-founder of the Spectator, finally began to take shape over the summer. It opened again quietly in early August and – wow – it’s had quite a rethink.

First things first: if you were a fan of one of London’s last great eclectic, bohemian pub interiors, it’s something of a shock. By and large the colourful, eye-catching mish-mash of ephemera, books, paintings, pics, stained glass and furnishings has been stripped out, with the front door moved to the corner of the building, and the circular bar opened out to create a much larger, airier feel.

Happily the legendary painted ceiling remains. As does the open fireplace, wood-panelling and banquettes as you enter on the left. Yet, as you’d expect, the vibe is more considered now than authentic: clusters of carefully placed frames, the odd book, a bit of greenery and old signs are dotted about.

And the dark, candle-lit cosy snug behind the main bar, with its own hatch, is no longer; instead this section is a semi-wallpapered black-and-burgundy painted dining area (with some new toilets, thank goodness). A little characterless, but hey.

The biggest change is the sizeable new dining room and events space, adorned with paintings and mirrors, which has been built in an extension behind the current pub. Outside, the garden has been cleared out, back wall blasted and filled with modern sturdy furniture, as well as high bar tables and stools.

And the beer selection is better than before, with a dozen or so beer and real ale taps, including old-school Guinness and Becks Vier. On our first visit we supped a Portobello Pilsner (a little flat). Extra points would be awarded for, say, breweries like Beavertown, Five Points, Pressure Drop or even Camden as it’s local.

Peckish? Well, the new-look Steele’s has gone up in the world, cuisine-wise, with head chef Jens Folkel (previously One Aldwych) at the helm, and menu items like seabass and marsh samphire or rump of lamb vying for your attention. Heck, there’s even waiter service, like frantic NW3 institution The Stag down the road.

We popped in on a mid-September weekday and caught a few rays in the garden as we ate. Both our mains were better than expected, if priced at the top end for most lunchtime budgets (£10-14): a superfood salad proved a textural plate of charred chicken breast, raw courgette ribbons, bright green edamame beans, half an avocado, pumpkin seeds and chia, all brought together by two halves of a creamy soft-boiled egg. The other main was a small pile of chargrilled coriander and cumin cauliflower on a soft mash of butternut hummus, fried butterbeans and toasted walnuts. Tasty, but not quite lunch – and yet promising enough.

We did have over half an hour’s wait: a bit trying when you have to get back to the office. (And while I’m having a moan, I’m not a fan of the obligatory service charge pubs seems to add to the bill nowadays).

But as we went to pay, there was – rather serendiptiously – a problem with the machine, the upshot being that the manager comped the lot and we weren’t charged a penny: an act of generosity which has inspired at least one goodwill return visit on our part.

So whatever you think of the pub’s owners or its expensive reinvention, the staff here are enthusiastically working for it again to be the real hub it always was.