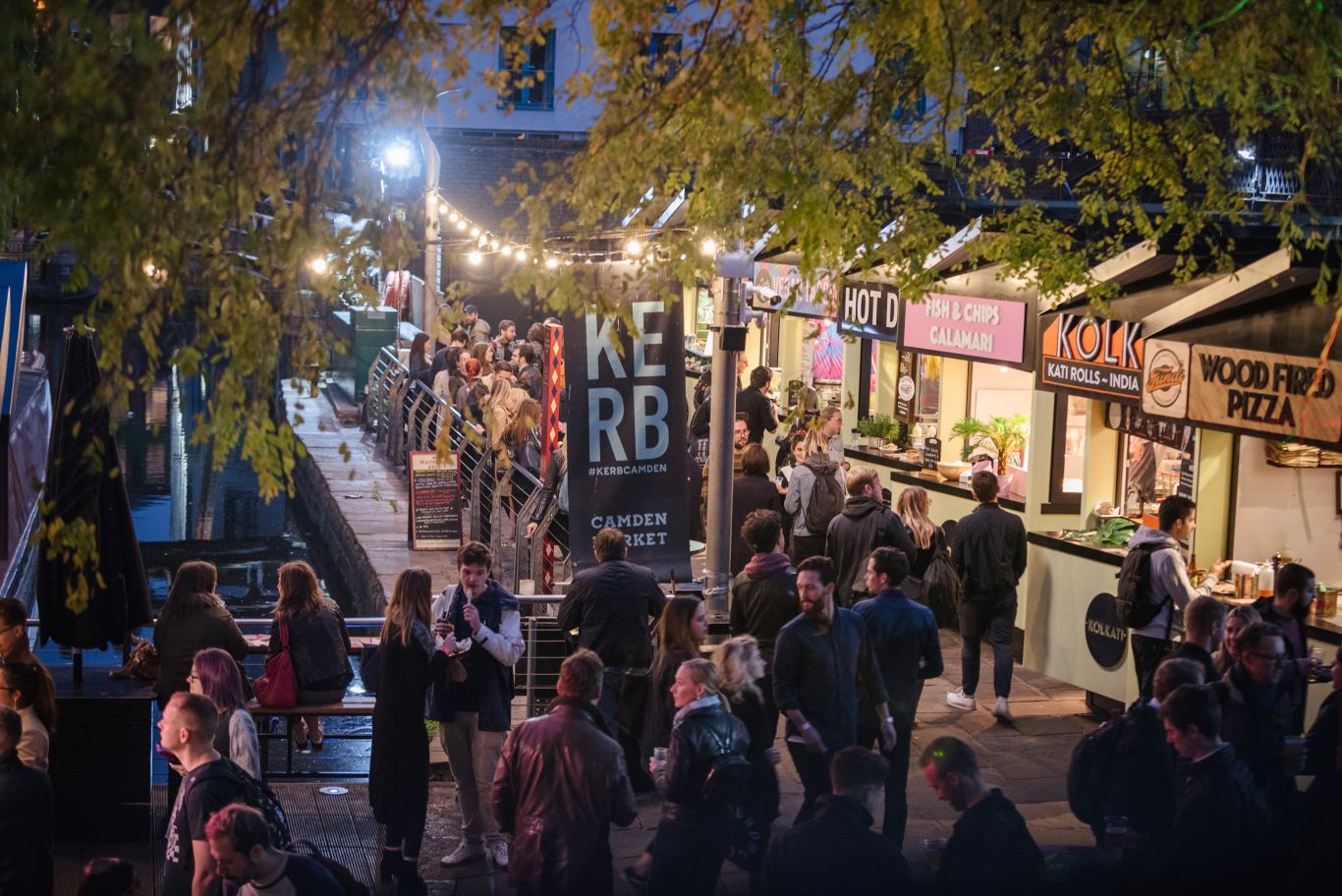 We’ve long been fans of these hedonistic evening streetfood and DJ sessions, which attract fewer tourists and more Londoners, especially with names like Norman Jay and, on 10th Aug, the mighty Jazzie B (Soul II Soul) spinning choons for nada.

Tomorrow’s season launch – and the first of 7 consecutive weekends – features none other than Kentish Town heroes Dig It Sound System – another reason to swing by.

All 34 of Kerb’s foodie traders have been given an extended curfew, so try our new faves Lords of Poke for tasty sesame tuna, Kim’s Vietnamese for some of the best pho in the city, Oli Baba’s halloumi fries, The Cheese Wheel’s Grana Padano and vegan pioneers Club Mexicana’s tofish tacos. Beers and cocktails from two on-site bars, to boot. Free entry, Fridays, 6-10pm, until Fri 31st August, Kerb Camden Market NW1

Elsewhere in the area – a little way up the hill, to be exact – a new K-Town schnitzel joint from the team behind Kjöt + Eldur in Crouch Hill has just launched. Expect poultry burgers, wings, salads, beef and “the cleanest dirty food this side of the river”. (And yep, vegans, they’ve got you covered – in seitan – too). Snacks start at just £3.50 and are designed to soak up the high-percentage craft beer. Open 5-10pm Tues to Fri, 1-10pm Sat and 6pm Sun. Rose & Crown, 71-73 Torriano Avenue NW5