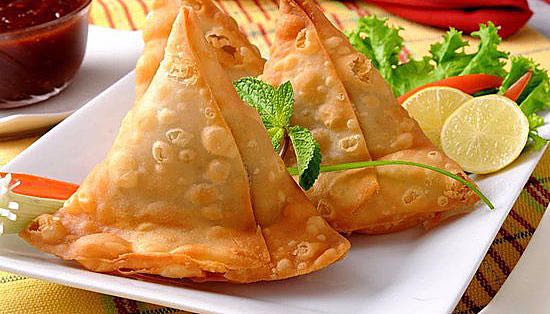 Having been used as a weekend location by a string of pop-ups, Tolli Café has now closed its doors permanently. But after more than 30 years serving authentic Italian pastas and paninis, owner Tino isn’t walking away entirely: he’s a partner in the new operation, Brindian.

Their menu promises British classics with an Indian twist, featuring grab ‘n’ go tasty snacks and lunches by day, and a casual restaurant and bar by night. Accordingly, on their early January opening weekend, generous plates of classic Sunday roasts sat alongside Lancashire hotpot-filled samosas and a king prawn and cockle curry.

Star of the show on our visit last week was the Scotch egg bhaji, served in halves, showing off vivid yolks all delightfully gooey, with a hint of porky fire provided by distinctive Scotch bonnet chillies in the crunchy casing. Elsewhere, the fusions tend to temper the spicier inclinations of the Indian subcontinent, as opposed to revving up the flavour palate of old Blighty.

This makes it suitable for the whole family: our kids particularly liked the succulent chicken breast, marinated into submission in IPA for 48 hours. They even gingerly tried the accessible chana massala side, although (happily) ultimately let me polish it off.

Brindian has actually been around on the streetfood scene since 2013, when it got off to a flyer by winning Vogue’s ‘best festival food’ award.

It’s co-owned by ex-armed forces bloke turned chef and eating coach Paul McIntyre and K-Town dwelling business partner Neil Sen. “We were set to do the catering at the proposed cinema on Prince of Wales Road,” he says, “partnering with the Raindance film festival, but sadly that entire project is on hold, until a new buyer can be found.”

Happily, the Tolli opportunity came along, ensuring Brindian still gets to come to the centre of the neighbourhood.
“At lunch we will be preparing fresh dosas, a traditional South Indian version of a crepe or pancake, but much larger and more tasty,” he says. “There’s work to be done on the fittings, but we’ve started off by building the bar, so there are Indian and English beers, Soul Tree Indian wines, and exotic ciders like Mango Fandango.”

With Kentish Town Road undergoing many upheavals, Brindian is a positive way to follow on the Tolli legacy. Daily dosas might be about to become a thing.