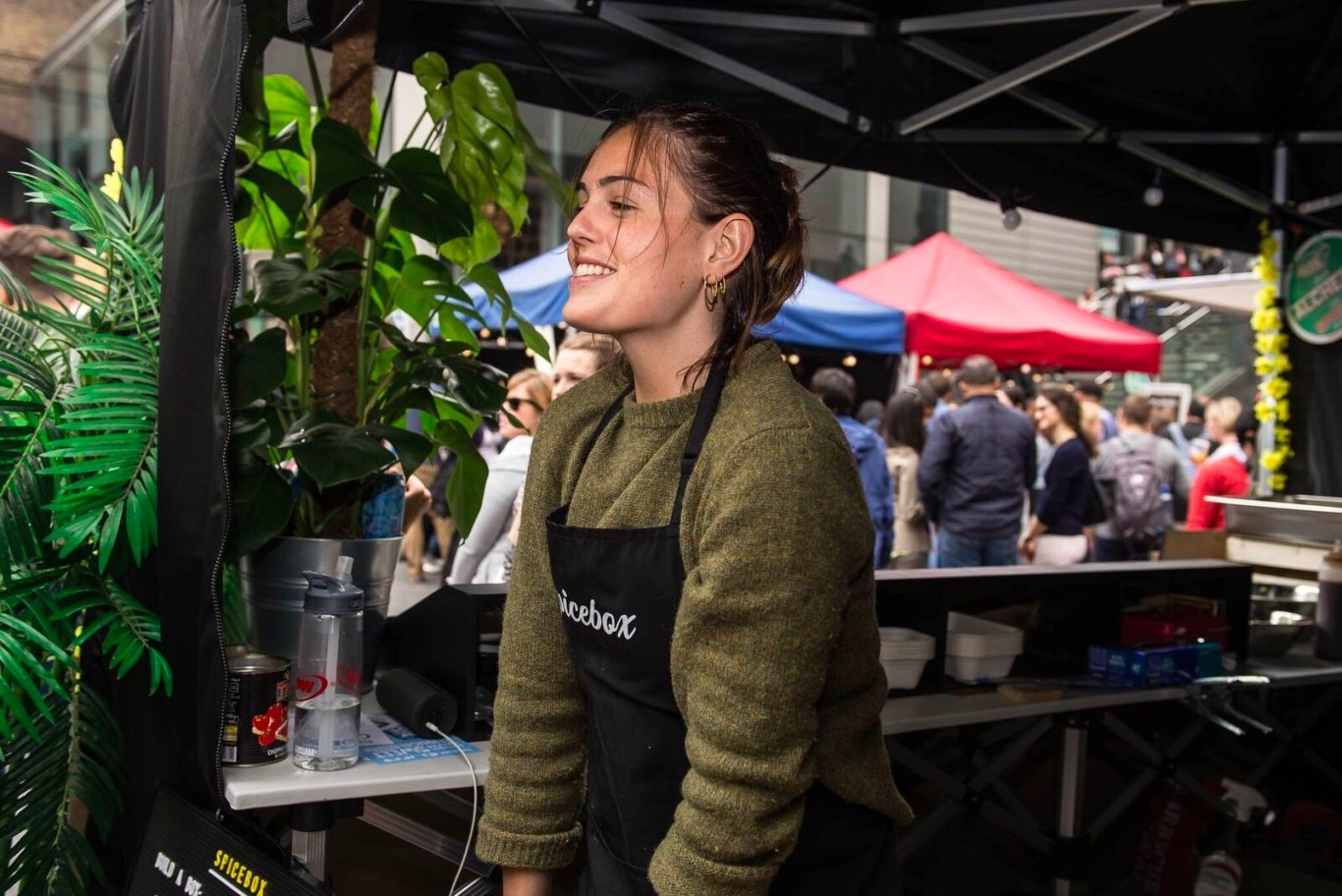 It was during a half-year stint, trudging through Silicon Valley’s tech start-up industry a few years back when Brit Grace Regan decided that pedalling the hyperoptic wheels of the corporate machine wasn’t for her.

Accepted onto a start-up accelerator programme thanks to the success of her news app Clippet, it was a matter of months before she then decided to leave the US and move back to, um, greener pastures.

“Silicon Valley was a nightmare,” she says, “but it was in San Francisco that I really became aware of the positive environmental and health impacts of being more conscious about consumption.” This was where she became vegan and, crucially, witnessed the thriving plant-based food industry first-hand. “I got a snapshot of where London would be in a couple of years’ time,” she says.

Grace swiftly came back to the UK and started knocking up vegan curries in her kitchen. After a stint hawking her daals and tandoori cauli steaks outside her front door in east London, she hit the festival scene. With the help of Kerb in King’s Cross, SpiceBox joined Club Mexicana as its only vegan retailers.

“It was hard to be vegan in London three years ago,” says Grace. “But now, with interest soaring, we’ve been able to shift our focus more to the plant-based angle, rather than the Indian/nutritional side as before.”

Last month, SpiceBox set up their first permanent place at Kerb Camden under the banner ‘Plant-Powered Indian Food’ and have just secured investment to turn their venture into a take-away and delivery joint.

“We’ll be setting up our latest store in east London. It’s where I’m from and – alongside Camden – the epicentre of vegan London,” she says.

A brief guide to SpiceBox

Where? This Broadway Market staple has just joined the newly relaunched Kerb at Camden Market, now looking quite a bit smarter with very permanent stations and clearer signposting for what’s what (there are 34 stalls, after all, so it’s a bit mind-boggling if you don’t know your way around).

What? Tandoori cauliflower steak on the grill with naan bread with makhani curry sauce, coriander chutney and pickled onions. And just £6.

Why? The right level of heat, a creamy, spicy coconut dairy-free sauce, and the crunch of the allium. It’s bloody delicious. Without, of course, the blood. It’s also not loaded with fat, sugar and thousands of calories – just super spices “that nourish your body and soul”. They claim that their dishes have “half the calories of your standard takeout, whilst tasting just as good.” And it does.

Notes: If you have a locals’ Camden Card (free) you’ll get at least a quid off. And they’re worried about getting enough vegan trade, so if you like the sound of it, support ‘em.

Don’t: get there at peak o’clock unless you don’t mind queuing. Kerb is great but sometimes it can get very busy. Stephen Emms